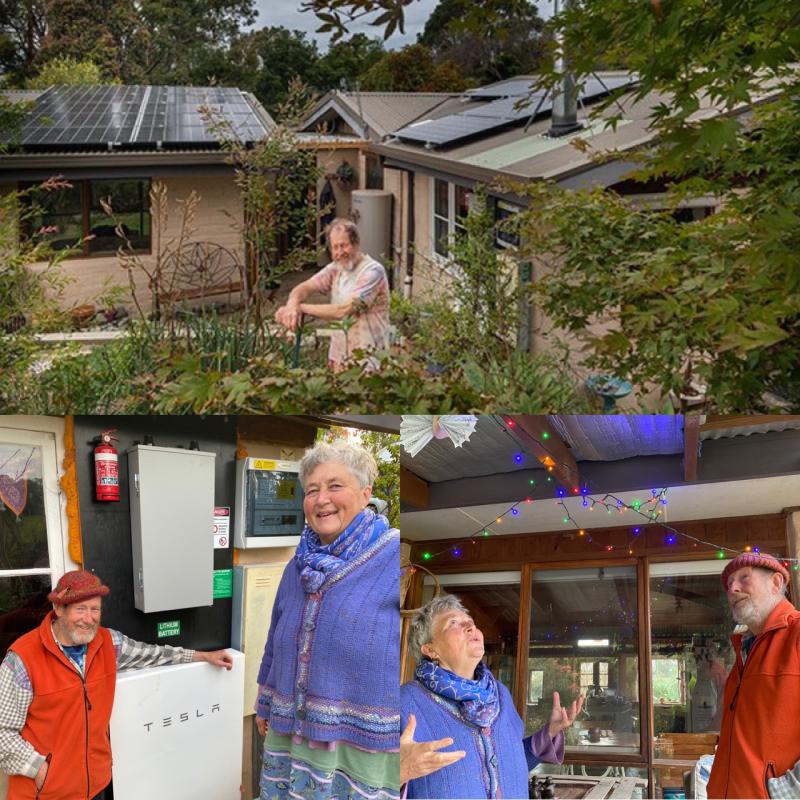 Tesla’s humble home battery unit proved to be the source of comfort for a group of Mallacoota, Australia residents after a massive bushfire ravaged the region and caused extended power outages. For two weeks, homeowners Kate and Phil, whose home is equipped with solar panels and a Tesla Powerwall, supported their neighbors who were also reeling from the catastrophe.

The story of the Powerwall owners was shared by Andy McCarthy, the CEO of RACV Solar, on his LinkedIn profile. In his post, the CEO noted that he recently caught up with the Mallacoota residents, and the visit proved to be a bittersweet reunion. RACV Solar installed solar panels on the couple’s home last year, and since Kate and Phil wanted to be more energy independent on account of the area’s frequent power outages, they decided to opted to get a Tesla Powerwall installed as well.

The home battery system was ultimately put to the test around six months ago, when devastating bushfires ravaged the area. The homeowners were able to save their house from the fires, but only just. Mallacoota’s power lines were adversely affected by the natural disaster, resulting in the town being plunged into darkness. Fortunately for Kate and Phil, their Powerwall and solar panels were enough to keep the lights going.

“It was harrowing to hear their stories, but satisfying to know that their renewable energy system was able to provide so much comfort during the darkest of days. Their solar and battery system kept the lights on, even with a thick smoky sky badly affecting the solar performance. Small towns across East Gippsland and southern NSW have been through so much heartache, but the sense of community spirit is pulling them through,” McCarthy wrote.

Tesla’s mission is to accelerate the advent of sustainable energy, and the experience of the Mallacoota homeowners definitely highlights the need for this to happen as soon as possible. By having the capability to gather and store power on their own, Kate and Phil were not only able to achieve energy independence even after a natural disaster hit their area. They were even able to help their neighbors in the process as well. During the two weeks when Mallacoota was plunged into darkness, it would have been far more challenging if the homeowners were relying on traditional systems like diesel generators to keep the lights on.