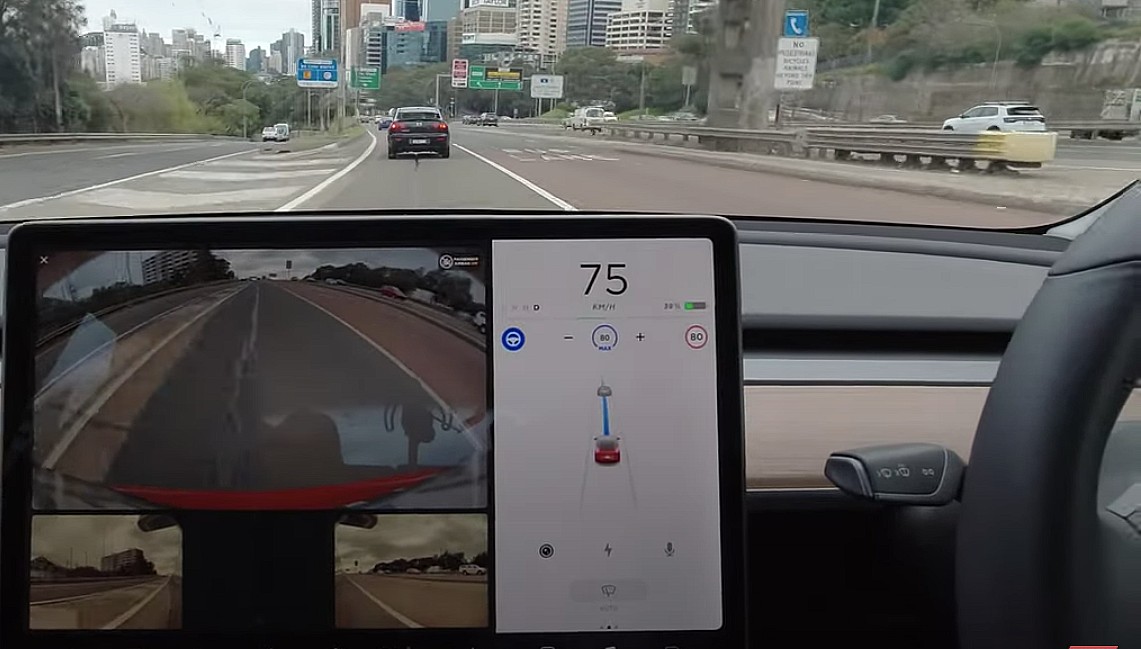 Tesla’s side repeater cameras will be full-screen when signaling, Musk confirms

Tesla CEO Elon Musk has indicated that the side repeater cameras will now become fullscreen when the vehicle’s turn signal is activated.

The side repeater cameras give drivers increased awareness in blindspots without having to use the car’s side mirrors. Two small real-time videos of the vehicle’s surroundings display on a Tesla’s dash screen, along with a larger video of the rear bumper, providing a full 360-degree view of the car’s surroundings.

A tweet sent by @AusTeslaOwners on Twitter to Musk requested the side repeater cameras become full screen when the driver activates the turn signal. The camera that would enlarge to take up the entire dash screen would be the same camera that coincides with the turn signal indicator.

The enlargement of the side repeater cameras would eliminate blind spots and would give the driver a full range of view without having to use their side mirrors. This feature bodes well for future Tesla models that do not utilize standard automotive side mirrors for a driver to view what is surrounding their car.

Tesla’s Roadster and Cybertruck currently hold designs that do not have side mirrors installed. Both vehicles are still in the process of development. However, Tesla could be intending to utilize only the side repeater cameras as side mirrors for the all-electric supercar and pickup truck.

In late 2019, the National Highway Transportation Safety Administration, or NHTSA, sought information on the possibility of vehicles utilizing a “Camera Monitor System,” or CMS for short. The installation of a CMS onto passenger or commercial vehicles would eliminate the need for side mirrors and possibly rearview mirrors as well.

In 2013, Tesla unveiled the Model X without side mirrors. The electric automaker wrestled with the idea of a side-mirrorless SUV to increase aerodynamic performance. However, Musk indicated that manufacturers were required by law to install side mirrors onto commercial vehicles.

However, the removal of side mirrors would benefit electric cars more than a traditional combustion engine vehicle. Side mirrors increase the amount of drag, which in turn leads to a reduction of range. Audi has implemented a side-mirrorless design on its e-tron, and the vehicle became slightly more efficient than a version that included the side mirrors.

The NHTSA has not yet concluded whether it will allow CMS installations to take the place of regular side mirrors.

Tesla added the use of side repeater cameras with the 2020.24 software update in June 2020.

Tesla’s side repeater cameras will be full-screen when signaling, Musk confirms