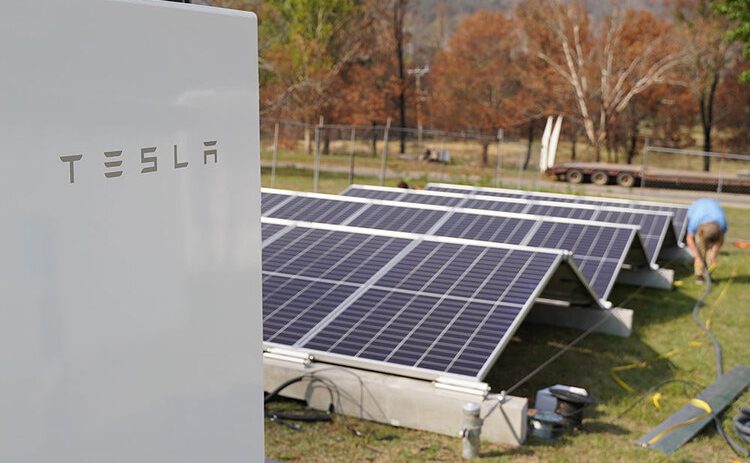 Tesla’s Powerwall residential battery storage system and Australian solar company 5B’s solar panels are being used by Atlassian co-founder and CEO Mike Cannon-Brookes’ new collective to assist those who have lost power due to the country’s tragic bushfires.

Cannon-Brookes, who previously pledged $12 million to help recovery efforts in Australia’s bushfire-affected regions, announced that he would be partnering with both Tesla and 5B on Twitter. Cannon-Brookes and wife Annie recently established the Resilient Energy Collective that will be geared towards providing alternative energy sources for those who live in regions that have been affected by the bushfires.

Here’s a little something I’ve been working on with brilliant mates at @5B_Au & @Tesla to bring power to bushfire communities v fast. Installed in under a day, can last 20 years. An amazing Aussie story of resilience, ingenuity & action in the face of terrible circumstances 🌱❤️ https://t.co/t32hUgAQbt

Cannon-Brookes may be a familiar name to some after he made a bet with Elon Musk in 2017 when Tesla’s Big Battery was being installed in South Australia: Up and running in 100 days or Tesla pays. Musk made good on his promise and the Big Battery has just exhibited its strongest performance last quarter.

The Resilient Energy Collective’s solution will be offered to towns, businesses, and residents. The Powerwalls and solar panels provided by the two companies are expected to last decades and are going to be installed as soon as possible. 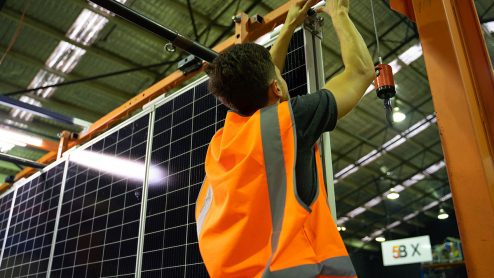 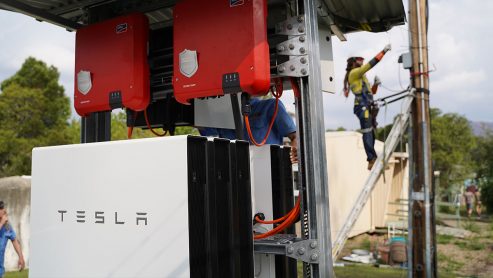 “After a horror summer, many Aussies need our help to get their lives back on track. We’ve got to do all we can to get them back on their feet,” Cannon-Brookes said to the Australian Financial Review. “In three weeks we’ve come together, found the technology, adapted it, put it on trucks and right now it’s operating, generating electricity.”

Not only can these solar solutions be installed promptly, they can be transferred quickly, too. The technology the collective will use, “is flexible and can be packed up and moved onto another site within a day, making it useful for shorter-term building projects,” the collective’s website states.

The collective has already started operating in several towns, including Cobargo, New South Wales by getting a series of systems back in operation. “This unit is supplying a police radio tower and an RFS, National Parks, and radio tower. It was installed and operational in less than two days and has saved RFS volunteers from spending valuable time refueling generators,” according to the collective’s site.

In Goongerah, Victoria, a Town Hall office is back in operation and is poised to provide residents with relief services, internet connection, refrigeration for food, and access to community meetings.

The teamwork from Tesla, 5B, and the Resilient Energy Collective will expedite the rollout of solutions that can address the power issues in the country which resulted from the wildfires in the area. With the help and good nature of both Musk and Cannon-Brookes, the lights will be back on in Australia soon enough.