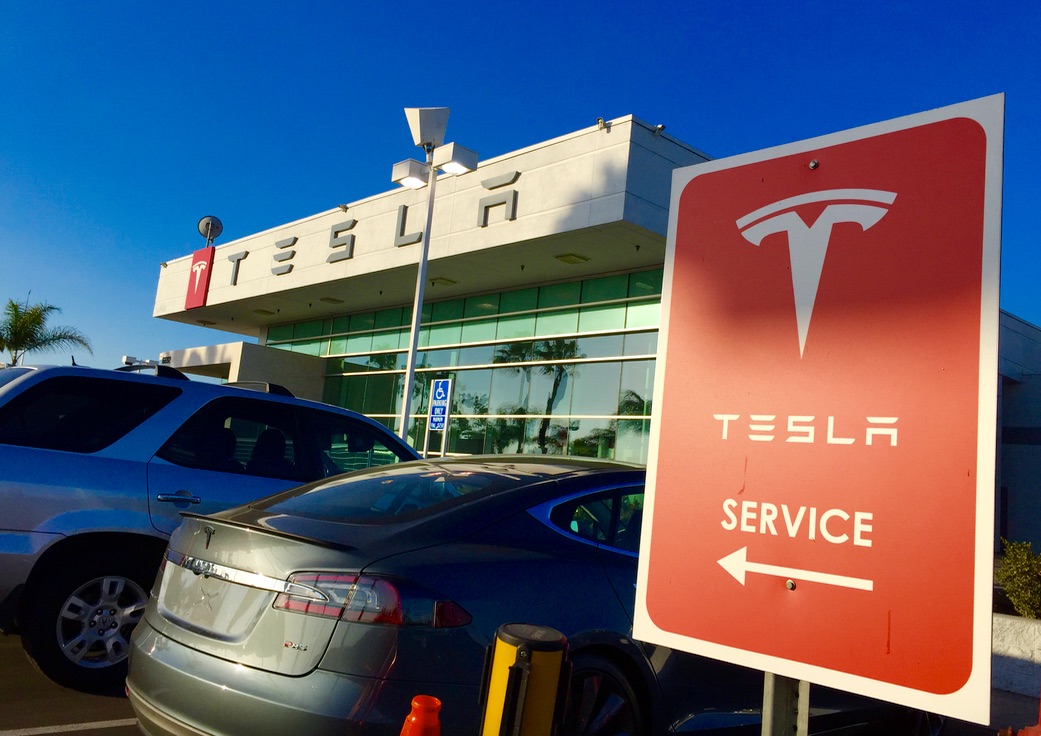 Tesla Q3 deliveries announcement kicked off a great day for the stock on Monday and now it seems a equity raise will arrive for the Silicon Valley-based auto company – just in the nick of time. Past equity raises have been watched but this one will be scrutinized largely due to the company’s multiple expansion projects: Model 3 tooling at Fremont, Gigafactory build-out, Model 3 battery production, Supercharger network expansion, and, yes, Tesla Service Centers.

The interesting question is whether additional service centers will be addressed by Musk in a Q3 follow up conference call or in the shareholder letter coming next month. Recalling statements made in the company’s Q1 shareholder letter, Tesla revealed the “plan to open more than 70 additional retail and service locations in 2016, to bring a total of nearly 300 locations.”

In his post, Troy points out “the global Tesla fleet grew by 17.1% faster than the number of service centers in Q3 2016.” If you own a Tesla, most have felt wait times increase in 2016. Most readers know that service centers have been an organizational challenge for Tesla when it released the Model S, but Consumer Reports in 2015 ranked it tops among all car dealers.

However, the next challenge is how fast Tesla can expand existing service centers and open new ones as the Model 3 rolls out in late 2017 or more likely 2018. And let’s not forget about the service-hungry Model X vehicles.

Teslarati documented construction for the new Tesla Service Center in Pittsburgh, but Model 3 rollout could be challenging for states like Michigan and Iowa. Eternal Tesla crank, Edward Niedermeyer, wrote how the Tesla love affair could go South with non-luxury owners as the Model 3 hits the mainstream. Niedermeyer points to how mid-level vehicles need to emphasize reliability.

True, but he misses on the love affair extending to mainstream consumers. Mainstream buyers will have patience but more service centers will be needed. And, the tide seems to be turning a bit in some states, such as Texas.

According to the Houston Chronicle, Tesla’s lobbying efforts may be paying off. An article in May reported that a “Tesla rep at the party’s state convention argued that repeal of franchise law amounted to a truer free market system. And the party agreed, adding a Tesla-friendly plank to its 2016 platform.” So, it looks like 2017 could see Tesla exemptions getting out of legislative committees in Texas. We’ll see.

It should be interesting to see how this plays out, considering the integration of SolarCity into the fold. Can Tesla and Musk keep its customer-centric focus?