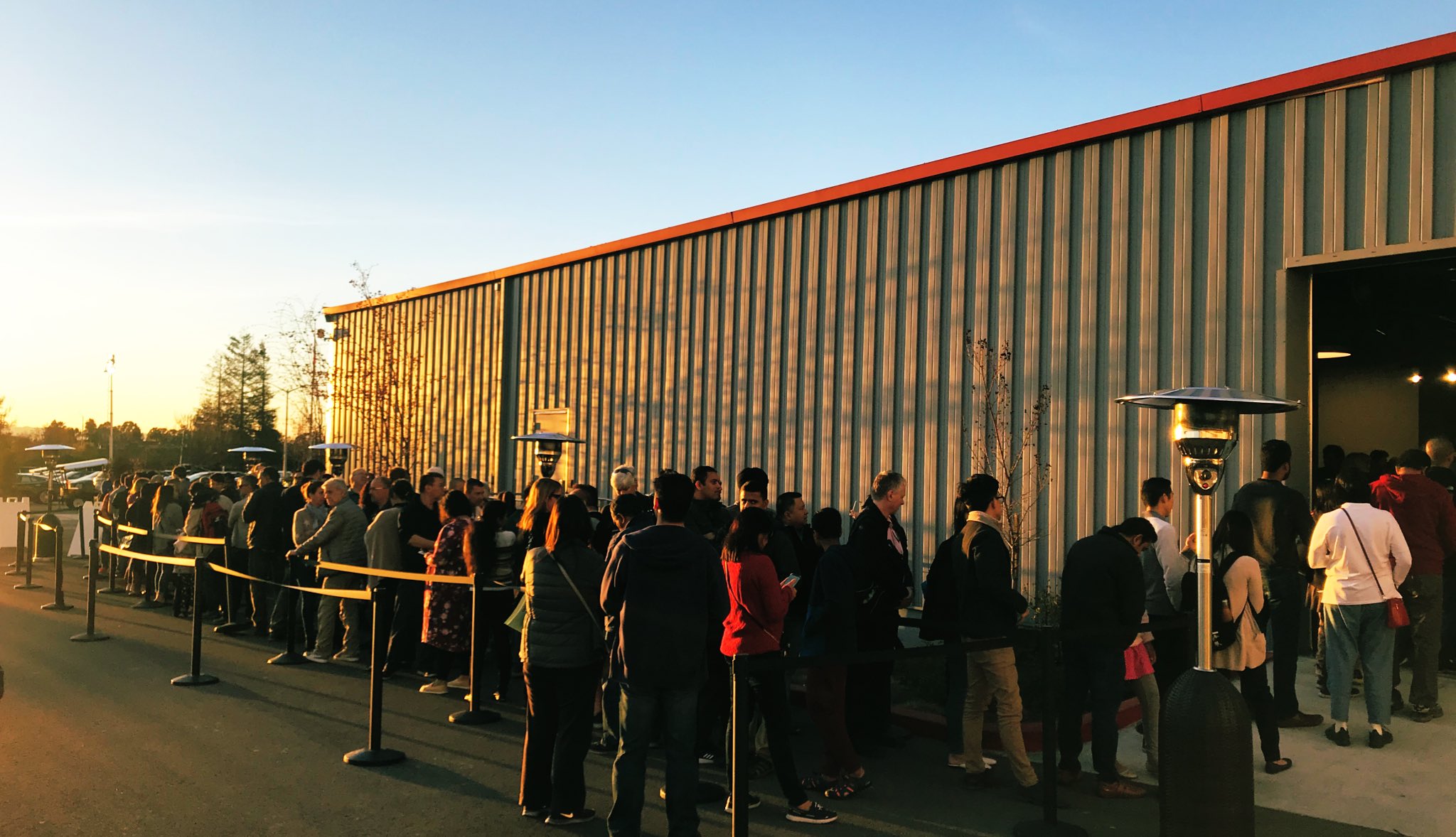 Tesla just gave birth to the next generation of supporters

December 31, 2019 held significance for Tesla, as it marked the end of another quarter. The day determined if the company could follow its momentum from Q3 2019 and turn in another profit. It also marked the final day when the $1875 federal tax credit could be applied. Yet, perhaps more importantly, the end of 2019 marked the day when Tesla potentially gained thousands upon thousands of new supporters and future influencers.

On New Year’s Eve, numerous dedicated Tesla owners decided to help out the electric car maker in its push to deliver as many cars as possible. Some provided orientations to new owners about the basic features and functions of their new electric vehicles. Others provided pointers about configuring their Teslas. Just like the past year, Tesla’s end-of-year deliveries were powered, at least to some degree, by regular owners who just happen to be passionate about their vehicles.

In Fremont, for example, large groups of people gathered on New Year’s Eve to take delivery of their cars. Unfortunately, the DMV caused a delay with issuing out license numbers, creating a backlog for many would-be owners. As the wait times turned to hours, Tesla owner-volunteers stepped up. Tesla Raj, a Model 3 owner who started a YouTube channel about his ownership experience, described how owner-volunteers contributed.

“We helped by pulling groups of people from the showroom to do orientations where we covered the car inside and out. This helped ease the stress and pain in the wait… Lots were very pleased that we were volunteering, and they were interested in who we are and why we were doing it. We had a member following customers to their car for 1-on-1 training, and I was in the lobby gathering groups of people for a walkthrough-orientation. They loved it. They felt a sense of the Tesla community and what we stand for,” Raj said.

True to his tweets, Tesla CEO Elon Musk also dropped by the Fremont site to help deliver cars to new owners. His mom, Maye, also paid a visit to the delivery center. Amidst all the waiting that resulted mostly from the DMV delay, Musk’s presence helped boost the morale of the Tesla employees. It also eased the patience of many owners looking to receive their cars. Arash Malek, a Model 3 owner-videographer who also volunteered his time on New Year’s Eve, described the atmosphere after the CEO’s arrival.

“Before Elon came, people were getting really frustrated. Some people had been waiting all day. But soon as Elon arrived, you could feel the energy change. I heard an employee behind me say, ‘This is why we love working for Tesla.’ It was pretty awesome and inspiring to see the CEO eager to help deliver cars. Raj and I along with other members of the (Tesla Owners) club were giving future Model 3 owners full tutorials on how to use their cars. Everyone was genuinely soo excited! I had some people ask me why am I volunteering to help on New Years’ Eve. I told them that if it was any other car company, I wouldn’t, but the Tesla community is so awesome that I felt honored to be able to help the mission,” Malek said.

Tesla would go on to deliver cars to new customers until the final moments of 2019, and reports from the community on social media suggested that deliveries happened even after midnight. Some have mentioned that their deliveries were pushed to the next few days as well. Yet, despite these challenges and tests of patience, the Tesla community did grow significantly on the 31st of December, and a lot of it was due to the thousands of volunteers who dedicated their time to help out newcomers to the Tesla community. Thousands, after all, saw a glimpse of the Tesla community and how it functioned, and that’s really what matters the most.

Seeing such a close-knit community of owners-enthusiasts and a driven CEO who spends a holiday with his employees is a pretty unique experience. Very few companies in the world have experienced something similar. The latest iPhones from Apple may invite long lines of waiting customers, but rarely does one see a longtime iOS user volunteering their time to help new owners with their devices. This is even more notable with other car brands. When was the last time avid Ford or GM enthusiasts volunteered at a dealership to help hand over cars? Such events would be difficult to recall.

From the Tesla volunteer-powered delivery push to Elon Musk’s contribution to the year-end deliveries, there is a good chance that a couple dozen of new owners in Fremont were inspired enough to be passionate community members themselves. Perhaps some would start their own Tesla-themed YouTube channels. Maybe some with start Tesla aftermarket businesses. Perhaps some will love their car enough to the point where they recommend Tesla to their close friends and family members. This is pretty much how the Tesla community has grown over the years. It’s just happening now at a far quicker rate, with the adoption of higher-volume vehicles like the Model 3.

Tesla just gave birth to the next generation of supporters