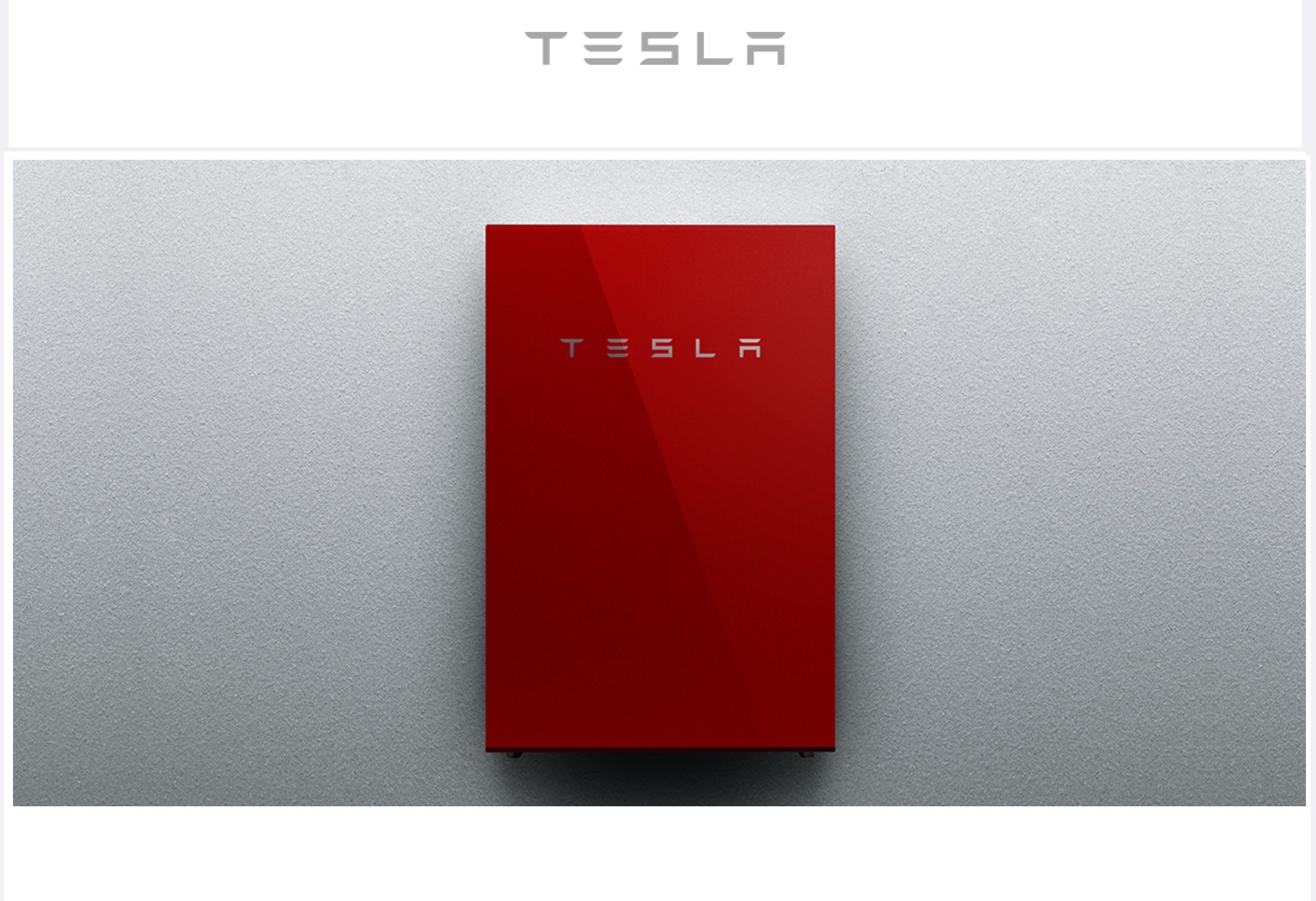 Tesla has begun to send a series of invitation emails to referral program winners, including one that invites Model S and Model X owners that referred four or more sales to redeem their exclusive ‘Founder Series’ red Powerwall 2 that can not be purchased.

“Your fourth referral has taken delivery and we’d like to thank you by giving you a Founders Series Powerwall 2. Please take a moment to provide details of your installation below.” reads the email sent by Tesla to the most recent referral program winners.

The email also contained a “Take Survey” button that when clicked prompted the prize winner with the following set of questions: 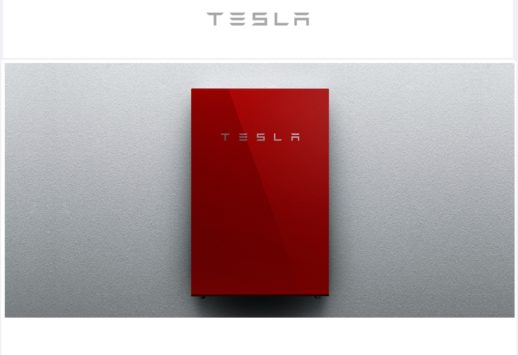 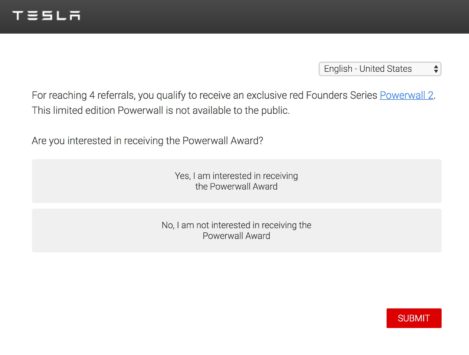 A special thanks to Ben Sullins for the screenshots http://ts.la/ben4054

There was no mention of whether the limited-production Powerwall 2 would be hand signed by Tesla CEO Elon Musk, CTO JB Straubel and Chief Designer Franz von Holzhausen, as originally described when the exclusive prize was first revealed by Tesla in an email sent to referral program participants.

The red Founders Series Powerwall 2 home battery system is one of many exclusive prizes being offered by Tesla to stimulate word of mouth referral sales. Among the list of prizes are a next-generation Tesla Roadster, an exclusive invitation to the Tesla Semi event, an opportunity to drive Elon Musk’s The Boring Company tunneling machine, and experience “amazing adventures that you couldn’t pay for.”