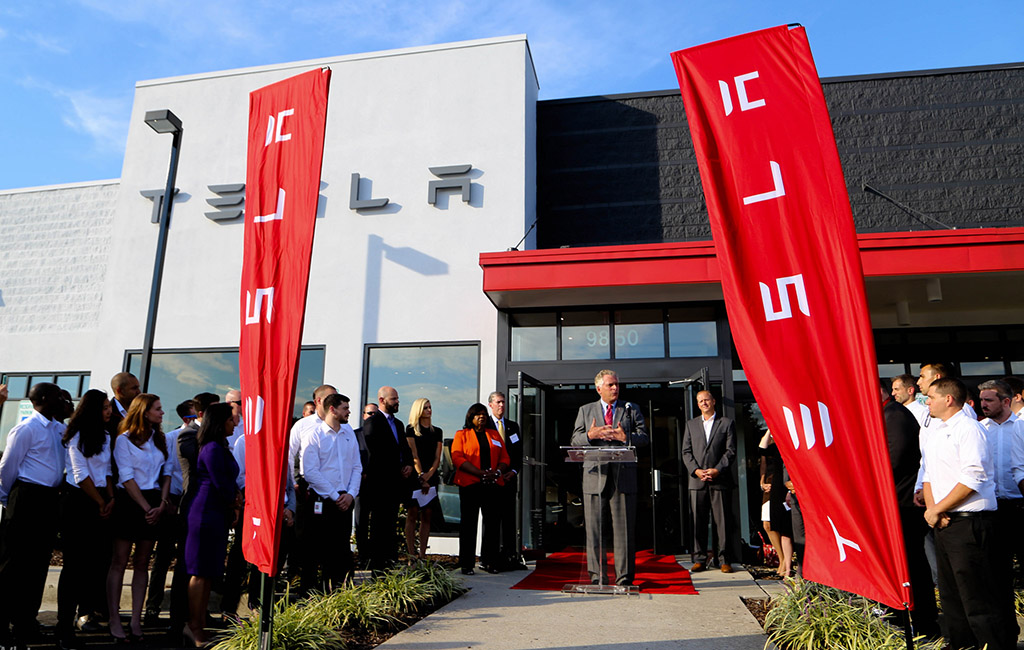 Tesla representative removed from auto dealer’s board by Virginia Senate

Tesla Inc. employee Cody Arnett was relieved of his post in Virginia’s Motor Vehicle Dealer Board earlier this week, amid an ongoing battle over the electric carmaker’s right to sell directly to consumers in the state. Arnett, who was appointed by former Governor Terry McAuliffe before he stepped down from office, raised some eyebrows among other members of the MVDB, many of whom felt that the Tesla employee was not qualified for the post.

His removal from the MVDB seemed to have been caused by strong opposition to Tesla’s dealership-free business model by the Virginia Automobile Dealers Association (VADA), an influential group of legacy auto dealers that holds to the notion that automakers must sell vehicles through franchised dealerships. Arnett, who currently works as a performance coach for Tesla, was set to serve for four years on Virginia’s Motor Vehicle Dealer Board. As one of the MVDB’s 19 members, Arnett was tasked with the regulation and oversight of new and used automobile dealers in the state. On January 15, however, the VADA formally submitted a request to strip the 29-year-old Tesla employee of his appointment.

According to the VADA, Arnett should not be allowed to serve on the MVDB because he was not the owner of a franchised vehicle dealership. In a statement to the Richmond Times-Dispatch, the auto group’s president and CEO, Don Hall, asserted that the technicality ultimately disqualifies the Tesla employee from holding one of the board’s 19 seats.

“The seat cannot be held by an employee of a dealer. It must be held by the owner of a dealership. I am sure the young man is a nice guy, and I am sure he has got great intentions, but the fact is he does not qualify,” Hall said, according to the Times-Dispatch.

The Virginia Automobile Dealers Association’s objection to Arnett’s appointment was submitted to Sen. Jill Holtzman Vogel, R-Fauquier, the chairwoman of the Senate Privileges and Elections Committee. Last Tuesday, the Senate committee decided to strip Arnett of his place in the MVDB, in what could only be described as a rare instance when a gubernatorial appointment was relieved from a post, as noted in a Washington Post report. Only one member of the committee, Sen. Adam Ebbin, D-Alexandria, voted to keep Arnett on the Motor Vehicle Dealer Board.

Arnett has been a longtime employee of Tesla, starting his tenure with the Elon Musk-led electric car maker and energy firm back in 2012. In a statement to the Times-Dispatch, Arnett stated that he received a dealer-operator license three years ago. He also revealed that he had already attended an MVDB meeting earlier this month.

In a statement to the Times-Dispatch on Wednesday, Tesla senior policy manager Brooke Kintz expressed the company’s disappointment at Arnett’s removal from the state’s Motor Vehicle Dealer Board.

“Arnett would have brought an important and innovative perspective to the board and to Virginians. Former Governor McAuliffe recognized this in appointing Cody, and as the holder of a license in Virginia, Tesla has just as much of a right to participate on the MVDB as anyone else.

“The decision of a small number of legislators to overturn Cody’s appointment at the urging of VADA is highly unusual if not unprecedented. It raises basic questions of fairness and improper political influence,” Kintz said.

Tesla currently operates one store at 9850 W. Broad St. in western Henrico County, Virginia, that doubles as a showroom and service center.

Tesla representative removed from auto dealer’s board by Virginia Senate