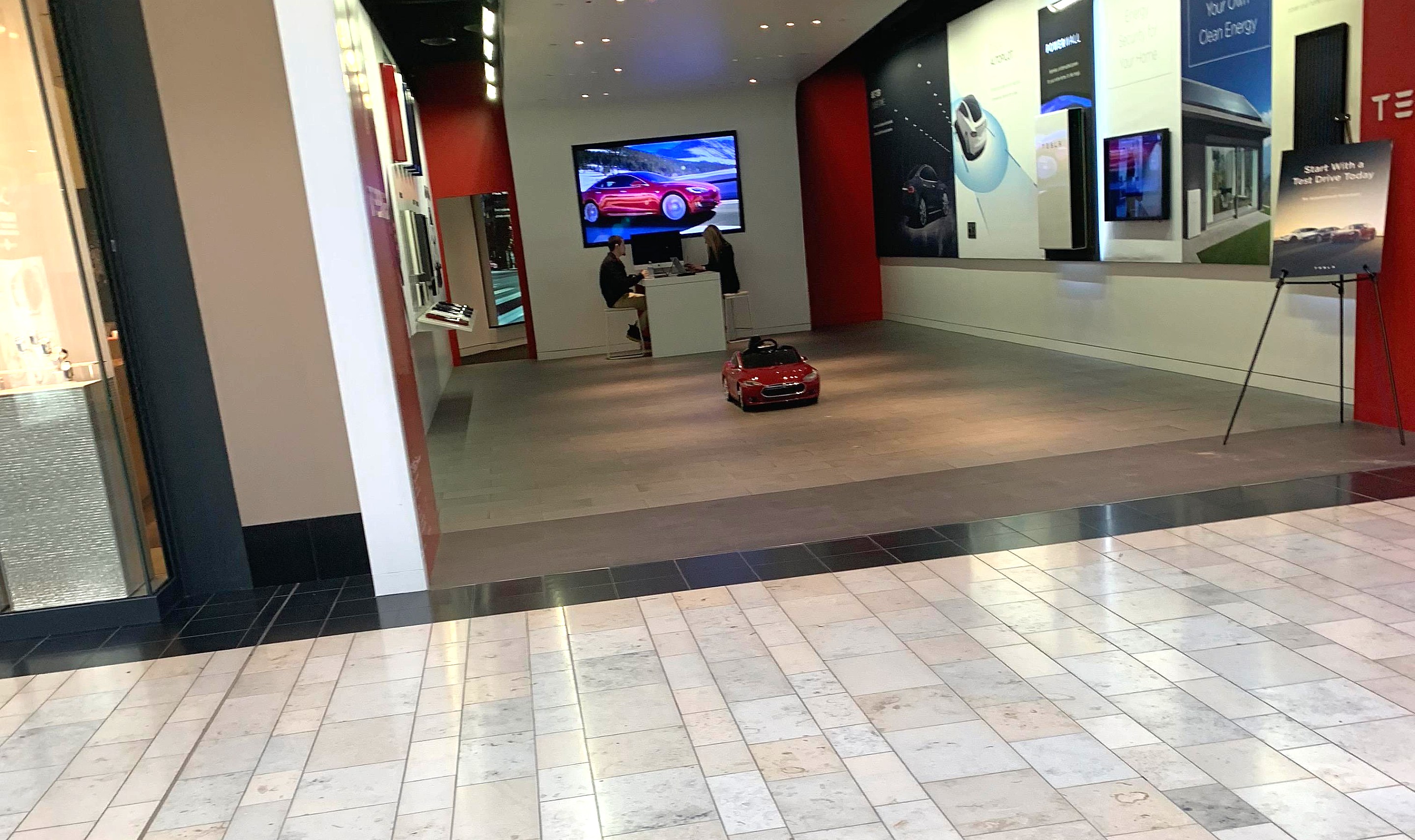 A Tesla store at Ross Park Mall in Pittsburgh, PA is showing off its sense of humor through a cool April Fools’ joke. In what could only be described as a “downsizing” strategy, the store’s employees have opted to display a particularly unique vehicle front and center: a Tesla Model S.

There’s only one caveat. It’s not the full-sized Model S. Rather, the Tesla store has placed a Radio Flyer Model S for Kids as its primary display. Visitors to the store should note that the display unit is a pre-facelift model, and thus, it still has the first-gen Model S’ front grille.

Tesla community member u/Chipmunks95 from the r/TeslaMotors subreddit was able to capture an image of the downsized Model S in the store. The electric car enthusiast did not mention if the store’s employees allowed visitors to sit in the rather small, one-seater all-electric car. It is also unknown if the store’s staff gave visitors a walkthrough of the display vehicle’s features as well.

While an April Fools joke, the Tesla Model S for Kids from Radio Flyer is actually a pretty powerful little electric car, just like the vehicle it is based on. The late, great Verne Troyer reviewed a red unit back in Christmas 2017, and in his video, the actor-comedian described the vehicle as a “beast” since it allowed him to drive like a “speed demon.” Just like the April Fools display on the Tesla store at Ross Park Mall, Verne’s Model S was also a pre-facelift unit.

Tesla is a pretty fun company to begin with, and it’s no surprise that they has a pretty cool sense of humor. This was particularly prominent on April 1, 2015, when Tesla released a video showcasing a Model S and its “Ticket Avoidance Mode,” where the vehicle was depicted running away from a traffic op using its Autopilot system. The hilarious April Fools video has been viewed over 8 million times on YouTube since then.

Of course, no Tesla April Fools joke has caused a bigger reaction among Tesla skeptics than Elon Musk’s post last April 1, 2018, when he tweeted an image depicting himself passed out while holding a cardboard box with the words “Bankwupt!” written on it. Musk’s tweet resulted in even more attacks from critics then (and a lot of shaking heads from Wall St), particularly as the tweet was posted during the height of the Model 3 ramp’s production hell.

And now for a classic: