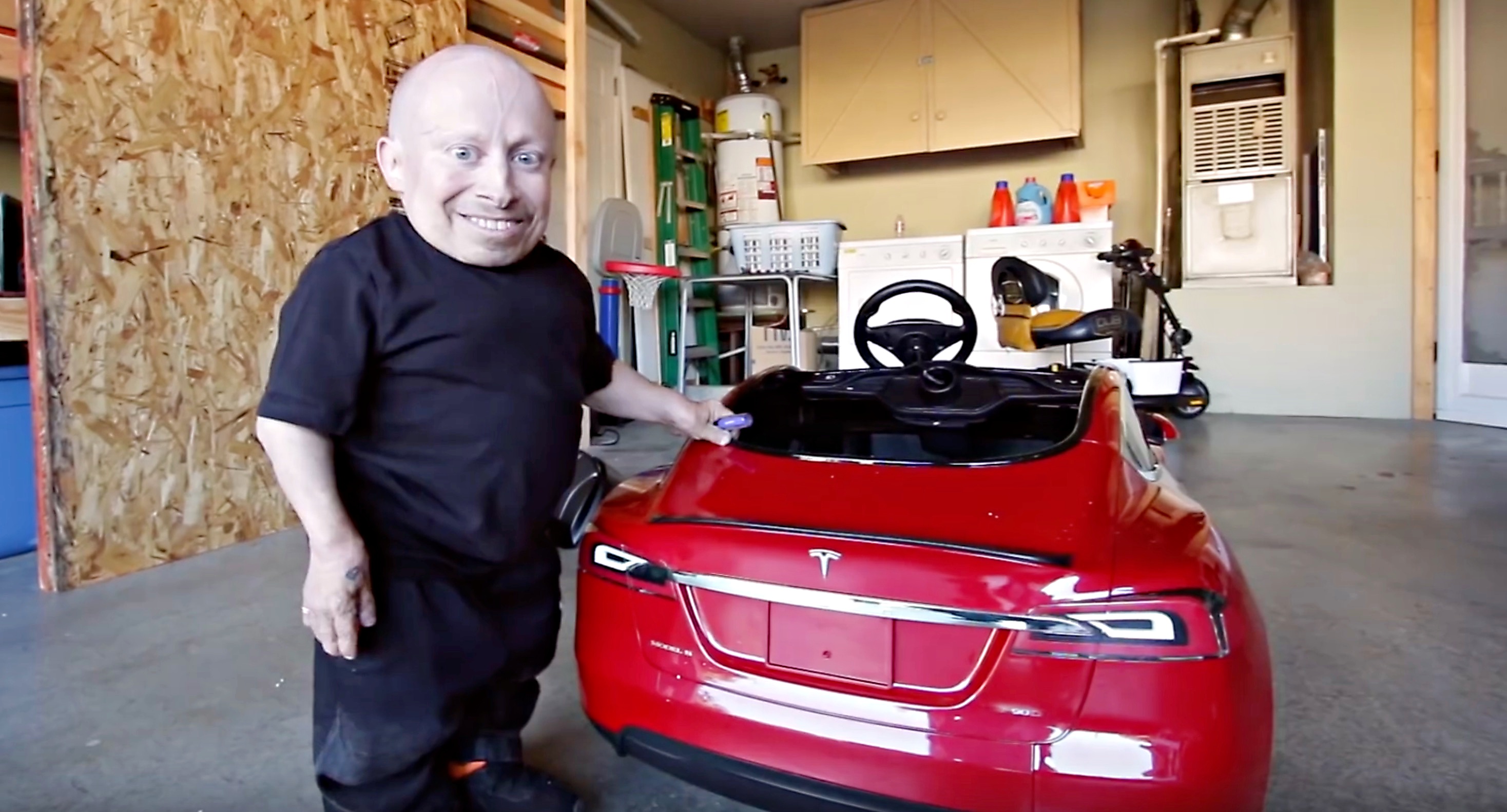 Among the Tesla-related merchandise that has been released over the years, very few could compete with Radio Flyer’s Tesla Model S for Kids. The electric miniature vehicle has been a hit among Tesla enthusiasts, mainly due to its features and its similarity to the actual Model S. Just recently, Verne Troyer, one of Hollywood and YouTube’s beloved stars, shared a video of himself unboxing and test driving the ridiculously cool miniature car. Needless to say, it was pretty epic.

Verne Troyer has made a name for himself by starring in several successful film franchises such as “Austin Powers,” where he played the part of Mini-Me in “The Spy Who Shagged Me.” He also played Griphook the Goblin in the blockbuster film “Harry Potter and the Sorcerer’s Stone.” Troyer has since appeared in many movies and TV shows, though currently, the Hollywood star has been busy maintaining his YouTube channel for his almost 400,000 subscribers, where his trademark wit and humor became his brand.

Troyer’s recent Model S for Kids video featured all of the humorous antics his social media followers have come to expect from the Hollywood veteran. At the start of the video, Troyer, who stands at 2-feet-8-inches, remarked that the miniature EV’s box was far too huge and heavy for him to move. Not long after, Troyer began his “unboxing” of the Model S for Kids, where he gave a surprisingly complete rundown of the miniature vehicle’s features.

During the course of the video, Troyer showed off the miniature car’s frunk, Tesla-branded charger, and its battery pack. The Austin Powers star also took special notice of the Model S for Kids’ dual power mode, which allows users to select between a low-speed setting that goes 2.5 – 3.0 mph and a high-speed mode that manages 5.5 – 6.0 mph.

True to his witty nature, Troyer selected the miniature vehicle’s high-speed mode, telling the camera that he was a “Speed Demon.” He then began a quick demonstration of the car’s performance, showing off its acceleration and drifting capabilities. By the end of the video, Troyer could be seen driving away on his miniature Tesla, giving the cameraman the same salute he gave as Mini-Me way back in “Austin Powers: The Spy Who Shagged Me.”

Overall, Troyer’s recent YouTube video has been a huge hit, gaining thousands of likes and hundreds of positive comments soon after it was uploaded. In the r/TeslaMotors subreddit alone, hundreds of Tesla enthusiasts thanked the Hollywood star for his light-hearted, feel-good YouTube video. Some even encouraged Troyer to put several modifications to his miniature car, such as rubber wheels and an upgraded electric motor.

The Tesla Model S for Kids is arguably one of the most interesting pieces of merchandise that are affiliated with the iconic electric car maker. The miniature vehicle is fully featured with functioning lights, an audio aux system, a functioning frunk, and a charging system that is an impeccable replica of the one found in the full-sized Model S. Recently, Radio Flyer, the company which manufactures the vehicle, even released an updated version of the mini electric car, featuring the Model S’ facelifted design.

The Model S for Kids is currently available at Tesla’s online store for a pretty reasonable price of $499.00.