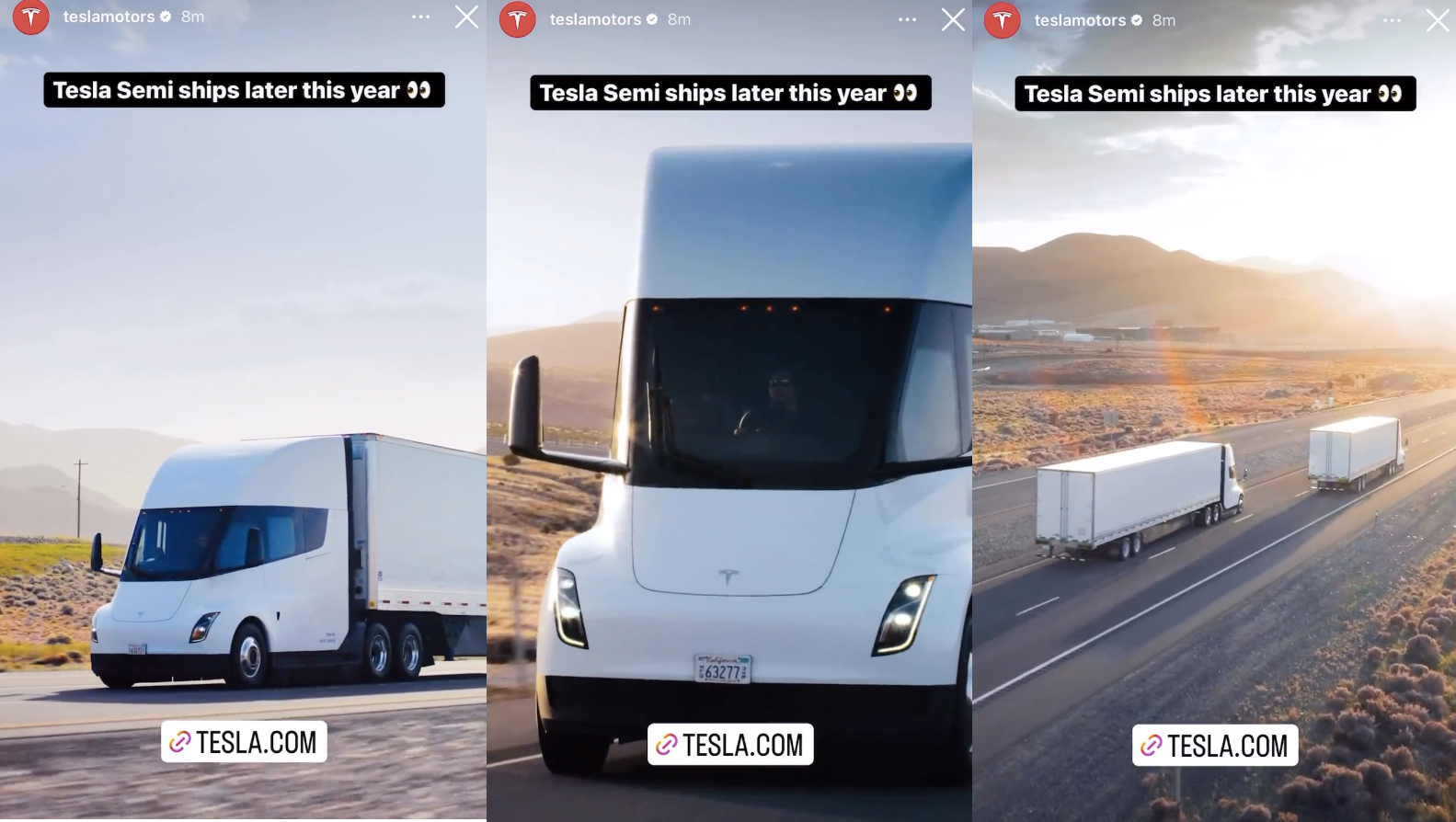 Earlier this month, Elon Musk remarked on Twitter that the Tesla Semi’s 500-mile range variant would begin shipping this year. This is not the first time that Musk announced the Semi’s impending release, so his recent statement was met with some skepticism even among EV enthusiasts. A recent post from Tesla’s Instagram account, however, suggests that a Tesla Semi 2022 release may indeed be feasible.

Tesla’s official Instagram account briefly uploaded an Instagram Story featuring the all-electric Class 8 truck. And though the post was quickly removed by Tesla, the Instagram Story’s caption, “Tesla Semi ships later this year,” could not be any clearer. The post was comprised of several new shots of the Semi in action, both on the highway and in a Megacharger.

The Tesla Semis that were featured in the briefly-posted Instagram Story were the company’s new prototypes, which feature some subtle but notable differences compared to the original Semis that were unveiled in late 2017. These include extended windows, new door handles, and side mirrors that look production ready.

Tesla’s reasons behind its decision to pull its Instagram Story about the Semi’s 2022 release remain unknown, though it’s evident that the videos were intended to promote the upcoming Class 8 truck. The quality of the Tesla Semi footage was high, and each shot of the truck was new. Perhaps the reason behind the Instagram Story’s removal was simply the timing of the post itself.

The Tesla Semi has the potential to be one of the company’s most disruptive vehicles, but it is also one of the most delayed. The Class 8 truck was unveiled back in late 2017, a time when Tesla was still figuring out a lot of its mass production techniques. Tesla is a far different company today, from its mass production capabilities to its use of next-generation battery cells. Considering how much Tesla has matured over the past few years, an ambitious vehicle like the Semi seems like a good fit for the company today.

Prior to his recent post about a Tesla Semi 2022 release on Twitter, Elon Musk has adopted a pretty conservative stance on the Class 8 truck. The CEO did provide a number of exciting tidbits about the upcoming vehicle, however, such as its potential use of 800-volt architecture. Speculations are also high that the Tesla Semi will be using the company’s next-generation 4680 cells, possibly similar to the Cybertruck.