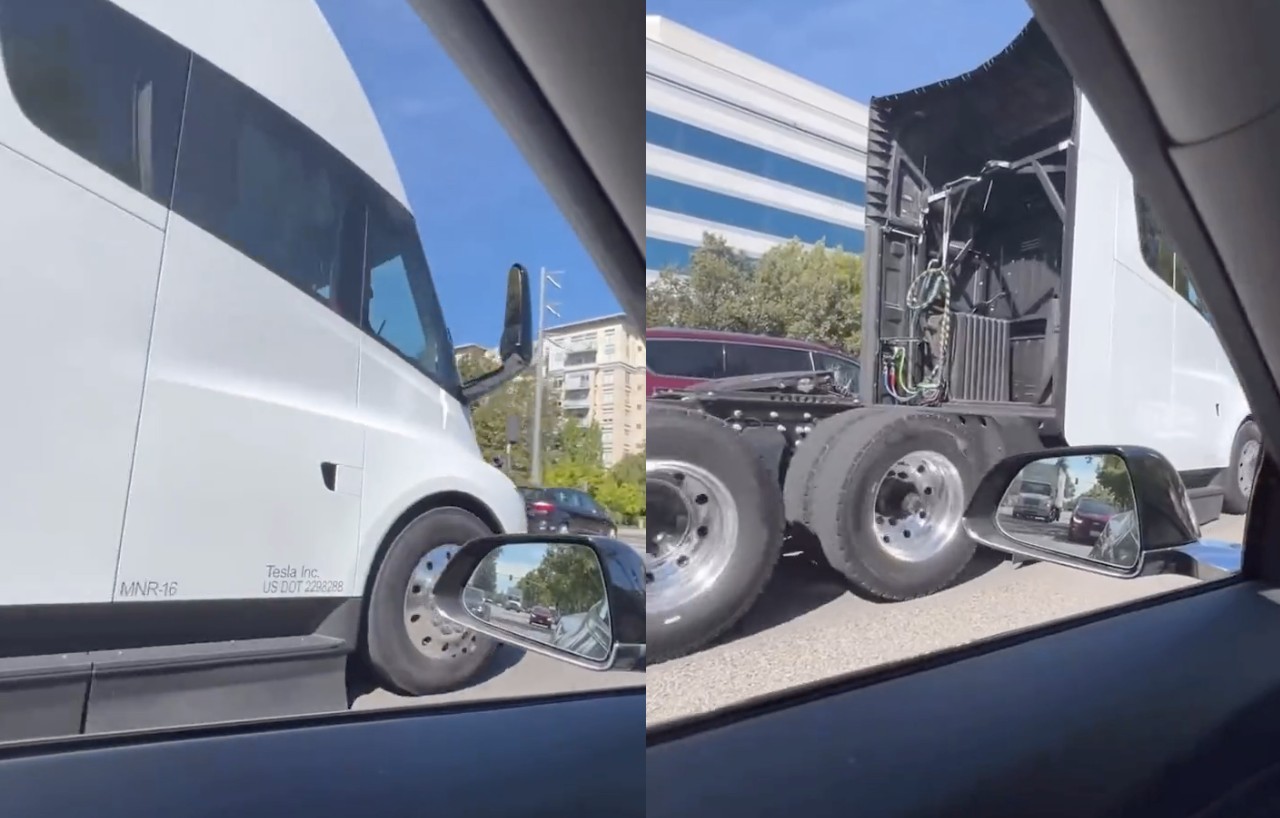 An updated prototype of the Tesla Semi was recently sighted on a California highway, and just like in previous encounters, the Class 8 all-electric truck stood out among the other vehicles on the road. Part of this is due to the Tesla Semi’s futuristic appearance, as well as its distinct sound, which is quite attention-grabbing on its own.

The Tesla Semi’s sighting was reported along El Camino towards CA-237 in Palo Alto, which is close to Tesla’s other facilities in the area. Interestingly enough, the updated Semi prototype was also sighted along California Highway 580 earlier during the day. It appeared that Tesla was putting in some miles in its Class 8 truck.

But while Tesla Semi sightings have been reported numerous times in the past, the recent encounter was quite interesting since it not only featured the Class 8 truck’s updated design elements; it also recorded the vehicle’s futuristic sound. Unlike conventional tractor trailers, the Tesla Semi does not have the roar of a massive internal combustion engine.

Instead, it features a jetliner-like sound from its four high-powered independent electric motors. Tesla has not released the updated specs of the Tesla Semi’s electric motors, but they are capable of pushing the Class 8 truck from 0-60 mph in just 5 seconds flat without a trailer.

Apart from its sci-fi-like sound, the Tesla Semi in the recent California highway sighting also stands out because of some new aero that the electric vehicle maker installed on the vehicle. Early prototypes of the Semi, such as the units unveiled in 2017, were low on the ground, but they did not feature any additional aero skirts.

The updated prototype on the recent sighting, on the other hand, featured aero skirts that seemed to be just an inch or two from the ground. Such components are minor additions to the all-electric truck, but they should help make the Tesla Semi even more efficient than before.

Watch the Tesla Semi’s recent sighting in the clip below.