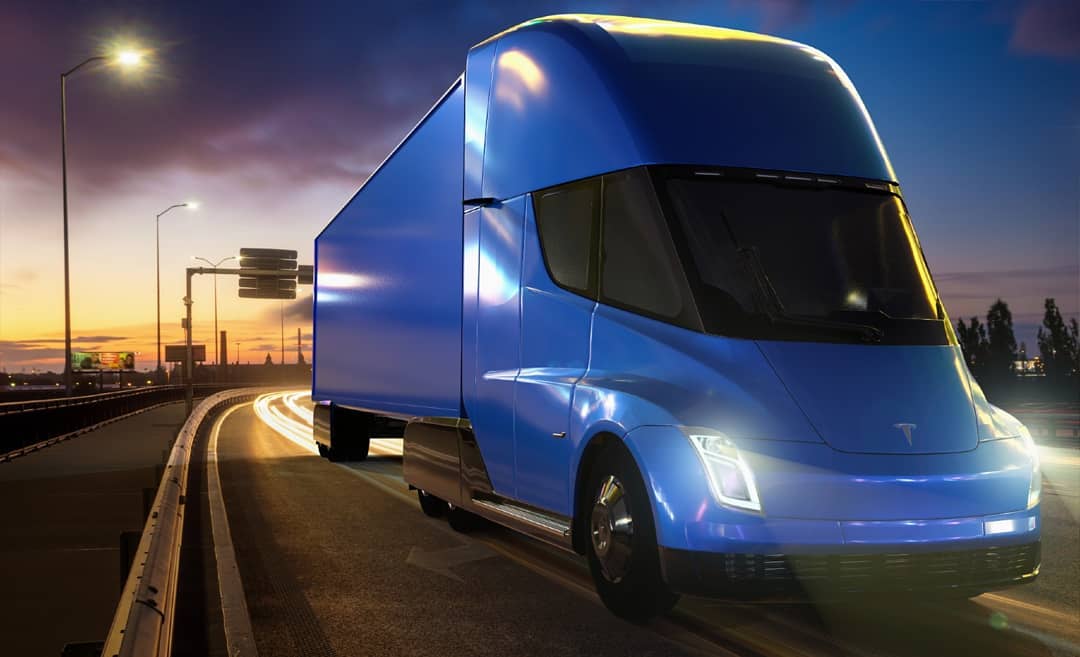 Zero-Emission Lorries and the Tesla Semi

The EU Commission plans to have at least 30 million zero-emission cars and 80,000 carbon neutral lorries, or heavy duty trucks like the Tesla Semi, in operation by 2030. It will propose a revision in CO2 standards for cars and vans in Europe by June 2021 and review carbon standards for heavy-duty vehicles by 2022.

The EU Commission’s plans for zero-emission lorries puts the Tesla Semi in an advantageous position. Besides being carbon neutral, the Tesla Semi also aligns with the EU Parliament’s truck manufacturing law.

Last year, the EU Parliament voted for a law that required heavy-duty vehicle manufacturers to produce more aerodynamic, energy efficient trucks. Regulations in the law depicted a truck with 80-90 cm cabs and bigger windshields for a better view of the road. The European Federation for Transport and Environment released an illustration of the EU Parliament’s ideal heavy-duty vehicle design and it was very similar to the Tesla Semi.

Between the EU Commission and EU Parliament, it seems the game has been set for Tesla. The scales seems to tip more in favor for Tesla and the Semi when the Commission’s Smart Mobility plan comes into play.

As for Smart Mobility, the EU Commission wants to proactively create favorable conditions for the development of new technologies. The Commission even stated that it would provide “all necessary legislative tools for their [new technologies’] validation.”

Support for autonomous vehicles is specifically mentioned in the EU Commission’s strategy, giving the Tesla Semi yet another advantage in Europe’s heavy-duty vehicle industry. Tesla’s advanced driver-assist software, Full Self-Driving, has been laid with some restrictions in Europe, but that may change in the future.

Tesla’s autonomous software development will definitely make it to the Semi and one feature in particular could be a gamer changer in the industry–Convoy Mode. Back in 2017, when Tesla unveiled the Semi, Elon Musk shared that the company’s Class 8 truck was already capable of Convoy Mode, which would allow multiple Semis to semi-autonomously draft in close proximity with each other. Since then, Tesla’s FSD and Autopilot software have gone through vast improvements, suggesting that Convoy Mode only improved as well.

Trucking veteran Sean Chenault was impressed by the Semi’s feature set and was particularly taken by Convoy Mode. “Having autonomous vehicles, you don’t need to pay a driver, and you don’t need to worry about hours of services,” he said. The trucking industry has been struggling with a shortage of drivers lately due mostly to safety concerns. Features like Convoy Mode have been one possible solution to solving driver shortage.

The Tesla Semi’s place in the EU Future

Chenault said the Semi was “a good thing for the trucking industry as a whole.” And it may be good for the EU Commission’s Sustainable and Smart Mobility strategy, too, specifically when it pertains to lorries.

Tesla’s business as an all-electric car maker would definitely benefit for the EU Commission’s new strategy. Tesla has already been gaining some more ground in Europe over the years with the Tesla Model 3. Next year could be another big year for Tesla in Europe with Giga Berlin and the release of the Model Y in the region. With the Semi in the picture, Tesla could cement itself as a key player in the region’s transportation sector.