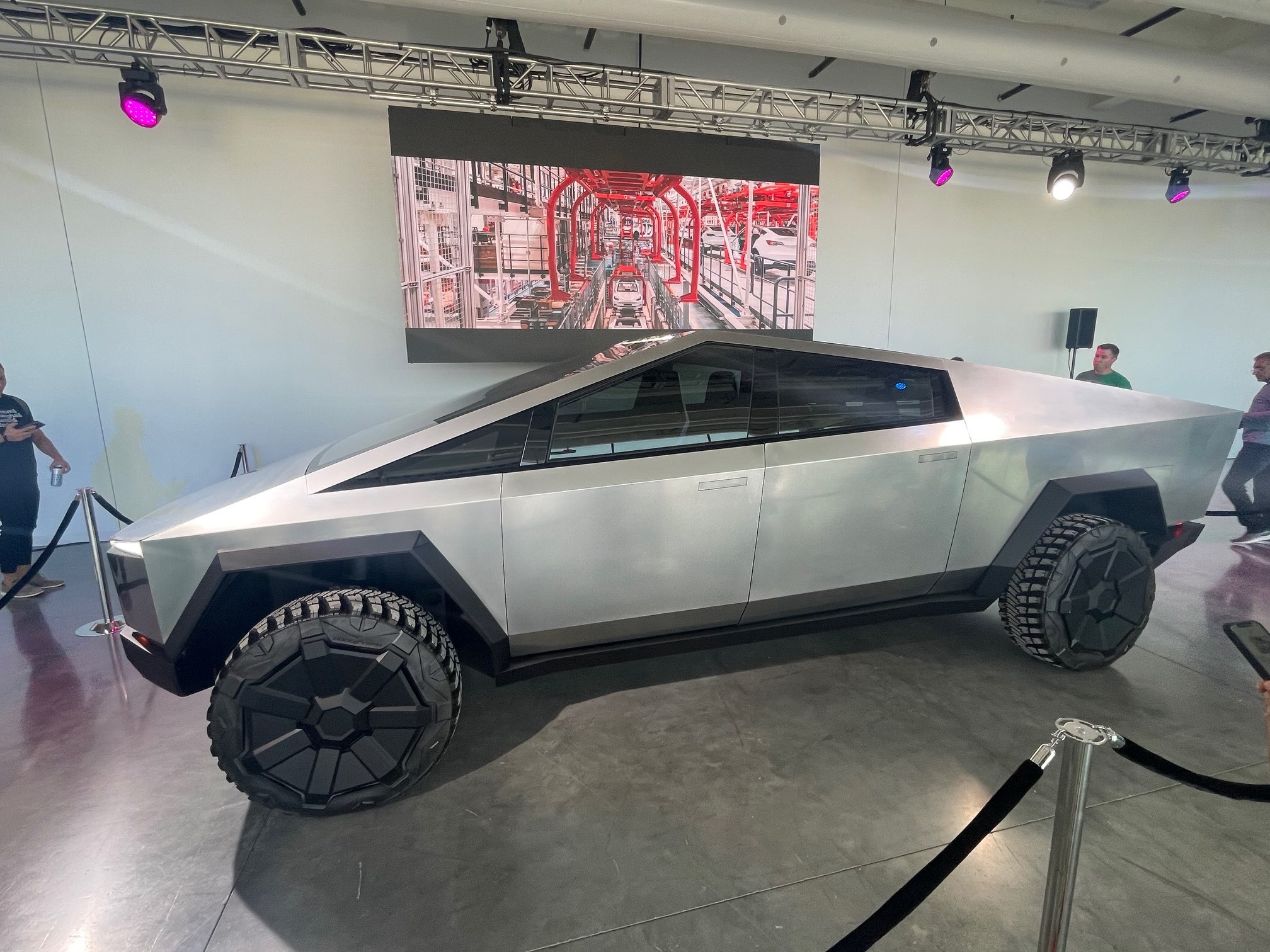 Will Sellers was one of the shareholders who was randomly selected to attend the Cyber Roundup. Will and I are both members of the Louisiana Tesla Ownes and Dreamers group on Facebook.

This is Will’s first time attending a Tesla event and when he first got the invite, he called me to share how excited he was.

Having been invited to a few Tesla events, I told him to expect to have a lot of fun there.

In the photo above, you can see a made-in-Texas Tesla Model Y with signatures on them. Will told me Tesla was allowing shareholders to autograph the Model Y and sign where they are from.

The photo below is a close-up of Will’s signature.

In the next photo, you can see the Tesla Semi with a mural on the trailer. Last month the Tesla Semi with the mural on its side was spotted going west on I-80 in California.Futurism noted that the horse was bucking as purple smoke billowed in the background extending all the way to the cab.

We now know where it was headed.

And below is another angle of the Tesla Semi and its neat mural parked at Giga Texas.

The Tesla Cybertruck was also there and it’s one of my favorites in Tesla’s vehicle lineup. One of the top questions that shareholders wanted to know was centered around the Cybertruck and its new pricing.

“When the Cybertruck pricing is released, will all who ordered before it was taken down be grandfathered in, or have to reconfigure? When will pricing be released?”

You can read more about the top questions here.

Below is a better photo of the hanging Model Y sculpture.

Below is the last photo that Will shared with me.  Tesla is giving shareholders a tour of Giga Texas.

According to @WholeMarsBlog who is also there, Giga Texas is in full production even though there is a tour happening as well as the shareholder meeting.

One thing that is really cool for Tesla to do is to transform Model Y hoods that were damaged during production into wall art.

@WholeMarsBlog said that the messed-up hoods being set up in production were made into art and you can see the photos in his tweet below.

instead of throwing away all the Model Y hoods they messed up while they were setting up production, they decided to make it into art $TSLA pic.twitter.com/Jm5ZgpjDI5