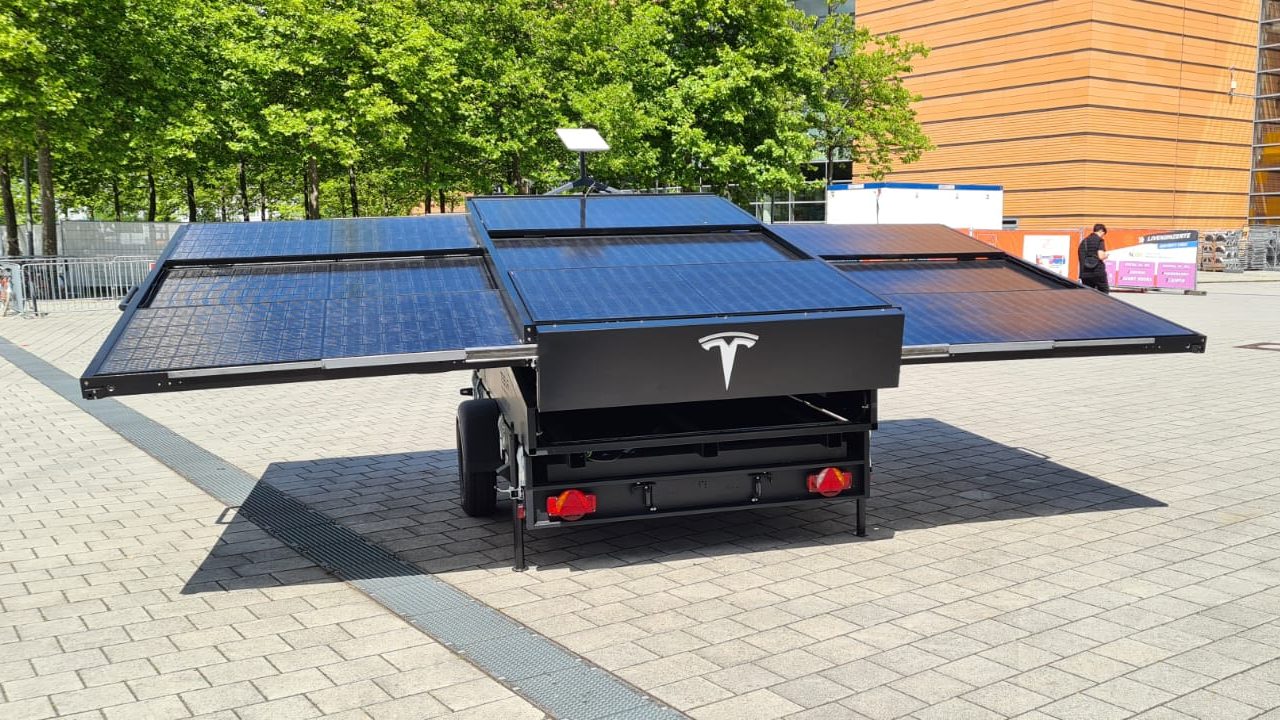 Range extenders are nothing new, though they typically involve the use of a small internal combustion engine that can help an all-electric vehicle travel farther. Tesla appears to have scoffed at the idea, as the team featured a solar-powered range extender trailer as part of its exhibit at the 2022 IdeenExpo in Hanover, Germany.

Held at the Hanover Exhibition Center, the IdeenExpo is a massive event for children, teenagers, and young adults that features workshops and exhibits from various notable exhibitors. Companies that attended this year’s event, which is fondly dubbed as the “largest classroom in the world,” included electric vehicle players such as Tesla and Volkswagen.

As observed by Tesla advocate Falk Melzer, Tesla Germany actually brought a number of compelling projects to the 2022 IdeenExpo. These included a Model Y body-in-white with its structural battery pack exposed. The Model Y was equipped with 4680 battery cells, which are expected to be rolled out to Gigafactory Berlin’s locally-made vehicles in the near future.

However, perhaps the most interesting exhibit that Tesla brought to the event was a solar range extender trailer with extendable panels and a Starlink dish. With its solar panels folded out, Tesla’s range extender trailer actually seemed like it could provide vehicles with a decent amount of energy. The trailer seemed lightweight too, though it’s quite difficult to tell if the contraption was also fitted with a battery pack.

Tesla Germany’s solar range extender trailer is evidently a prototype, though it is quite interesting to see Tesla exploring solutions that could help its premium all-electric vehicles travel over longer distances. Elon Musk himself mentioned such a product in the past, following the Cybertruck’s initial unveiling in 2019.

Back then, Musk noted that Tesla would probably build a range extender for the all-electric pickup in the form of a solar tonneau cover that can generate about 15 miles of range per day. The CEO added that the addition of fold-out solar wings could likely improve the Cybertruck’s daily range boosts to about 30-40 miles per day. And considering that the average distance traveled by drivers in the United States is about 39 miles daily, the additional range brought by the Cybertruck’s solar panels could definitely prove useful.