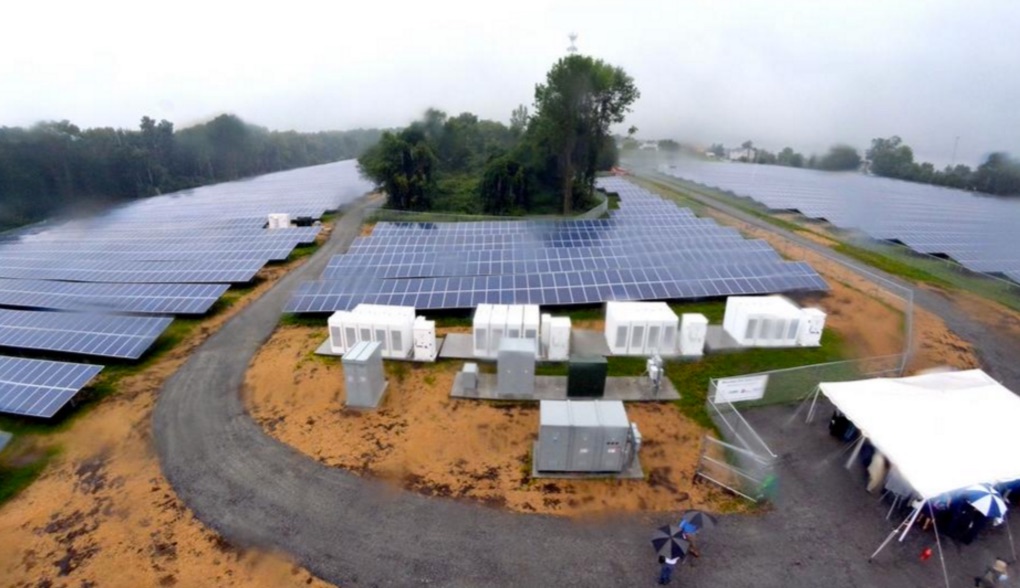 A joint project involving Tesla and SolarCity in Connecticut highlights the reason why the two companies need to merge says Elon Musk. SolarCity has installed 15,000 solar panels near the town of Norwich in the southeast corner of the state. Adjacent to the Mountain Ash Solar Farm is a grid scale energy storage facility consisting of 30 Tesla Powerpack units. Combined, they are capable of powering 725 local homes with 100% solar power. “It’s the blueprint for how we want to operate in the future,” said John Conley, vice president of project development at SolarCity.

The Connecticut project is a result of a joint venture between Tesla and SolarCity on the island of Kauai, the northernmost island in Hawaii. Because of its location far out in the Pacific Ocean, Hawaii must import oil to generate electricity. As a result, it has some of the highest electric rates in the country. The project on Kauai is one of the largest grid storage systems in the US, with enough storage to power 5,000 homes. The solar panels installed by SolarCity cover 50 acres.

During Tesla’s Q3 earnings call, Elon Musk made his feelings about joint ventures known. He hates them, he said, calling them far too complicated. They seldom work, he told the audience. When it comes to doing business jointly between Tesla and SolarCity, he said, “If we’re going to do dozens and then hundreds and maybe thousands of these deals, there’s no way we can keep having” such an unwieldy process, he said.

According to Musk, each joint deal is subject to special approval from independent board committees at both companies, making the process too burdensome. “It’s very limited what we can do until we have actually one company,” he said.

Bob Rudd, Vice President of Development, energy storage, and micro-grids at SolarCity, tells the New York Times that his company is in talks for a number of large installations. Many one of them would be much larger than anything the company has been involved in yet.

Elon Musk sees the unification of the two companies as giving the green light to Tesla to compete successfully for the many lucrative grid storage opportunities on the horizon.

If you’re considering solar for your home, we encourage you to get a solar cost estimate first, based on your monthly utility bill and location. The service is being provided by an affiliate partner and fan to Teslarati.