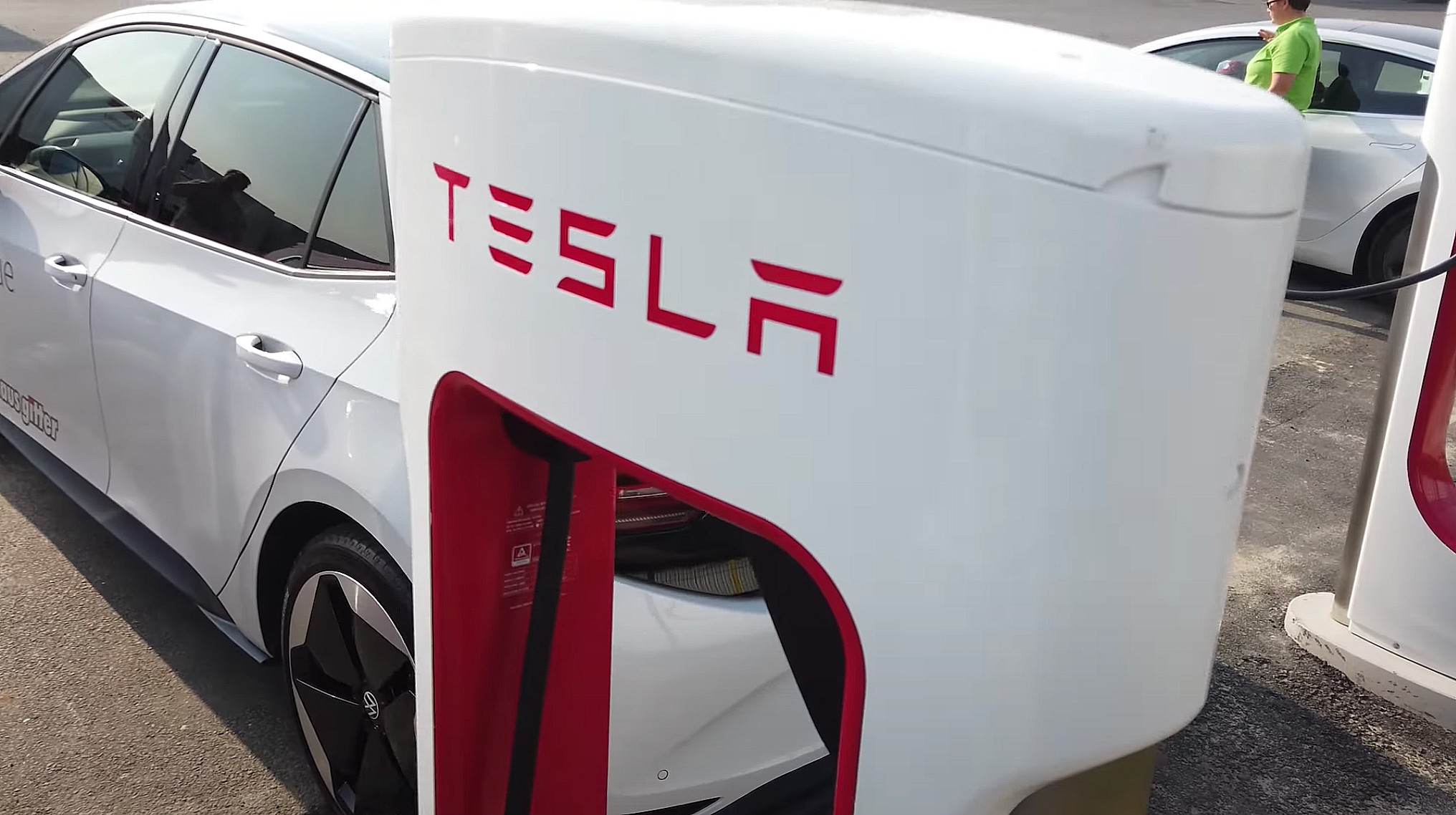 Tesla Superchargers were used to charge non-Tesla vehicles in Europe in a loophole used by European EV owners. The charging was used on a variety of European electric cars at Tesla V3 Superchargers, which use the standard CCS connection.

The electric cars were able to charge for free as well, pointing toward the fact that the drivers more than likely were exploiting the use of the 250 kW-capable chargers. Although the connection ports that Tesla uses at its European Superchargers is “standard” for EVs on the continent, they were not capable of charging other manufacturer’s vehicles before.

Tesla cars connect with the Superchargers they are receiving power from for several reasons. One is to charge the owner of the car for the range they receive. The other is to lock the charger into the vehicle.

But ever since Tesla started rolling out V3 Superchargers in Europe that utilize the CCS connection, electric vehicles are able to use the electric automaker’s infrastructure to charge their cars. The capability was displayed in a video from Nextmove, a European electric car rental company.

The charging loophole was tested with eight different European electric cars, and it managed to work without any significant issues, the video suggests.

Three of the previously listed cars were listed in Europe’s Top 5 highest selling EVs for June: the Renault Zoe, Hyundai Kona EV, and the VW e-Golf finished first, third, and fourth, respectively in the rankings, according to the EV Sales Blog.

This means that some of the most popular electric cars in the European market will be able to take advantage of this loophole if they are near a V3 Supercharger. However, Tesla should be able to fix the issue with a quick software update, so it may not last very long.

Although Tesla CEO Elon Musk once said that Tesla’s Superchargers would be available to other manufacturers in the future, the time may not be now. Musk said during the 2018 Q1 Earnings Call that the company’s Supercharging infrastructure was “not a walled garden,” hinting that other EVs could use the chargers at some point. Still, the capability was never released as of now. Tesla would likely announce if they had enabled this capability, but the company has made no such statement.

The video from Nextmove is available below.