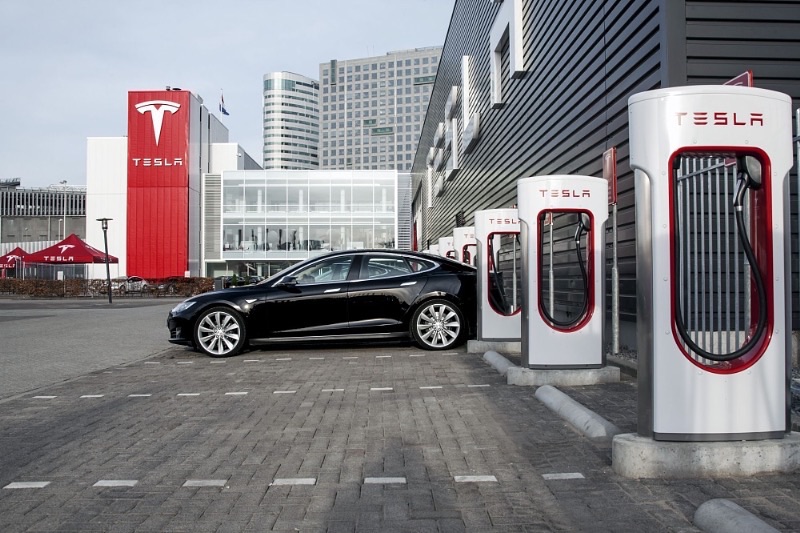 A taxi driver in the Netherlands who pilots one of Tesla’s all-electric vehicles scored a significant victory on Friday over the commercial use of Tesla’s charging stations including its high-powered Supercharger network.

A civil service judge from the Court of Amsterdam ruled in favor of a claimant who filed suit against Tesla Motors Netherlands BV, stating that the self-employed taxi driver for Schipoltaxi must be allowed the free and unlimited use of Tesla’s chargers, including usage of the often congested Supercharger station at the company’s Amsterdam location.

“Car manufacturer Tesla must allow a taxi driver unlimited and free of charge to use his super-fast charging stations, also at the Amsterdam Zuidoost location,” reads the ruling.

The claimant brought forth a passage from Tesla’s website, which at the time indicated that buyers of a Model S or Model X before January 31, 2018, would have free, unlimited Supercharging that’s also transferable when the vehicle was sold. In their suit against the California-based electric carmaker, the claimant cited an email that was sent by Tesla that would go against the company’s messaging of free and unlimited use of Supercharging.

As read in the court statement:

In an e-mail dated 11 January 2018, Tesla informed a number of taxi drivers, including [the plaintiff], among other things:

” Increasingly, we are seeing a commercial use of the Supercharger (one of the charging stations for the Tesla, where electricity can be charged at high speed, viz.) In Amsterdam Zuidoost. This Supercharger is located at the same location as Tesla’s headquarters for Europe, also service center as well as sales location. This increasingly leads to queues for the Supercharger during peak hours and an unclear, and sometimes even dangerous (traffic) situation, for customers, employees, suppliers and other visitors. In view of (traffic) safety at this location, we reserve the right to change the access for taxis to this Supercharger in Amsterdam-Zuidoost after 31 January 2018, especially during peak hours, from 7:00 to 22 :00h, to limit. “

The latest ruling in favor of the Tesla taxi driver brings to light a hot topic of whether individuals and companies that have purchased a single or fleet of Tesla Model S and X, under Tesla’s narrative that buyers will have “free for life” Supercharging, can, in fact, use the vehicle(s) for commercial purposes. For the many taxi and livery services that have founded their business models largely around the financial upside of having free fuel, their livelihood depends on it. The vast majority would argue that they’re providing Tesla with free advertising to every passenger they transport, by showcasing the vehicle and benefits of driving electric to a potentially new customer.

Other Tesla taxi services like Southern California-based Tesloop, which has risen to popularity among its passengers including celebrity clientele, yet unpopular among some local Tesla owners who claim that the company is occupying much-needed Tesla Supercharger stalls, tout the benefits of being able to drive a vehicle for nearly a half million miles while having virtually no maintenance costs.

While the court ruling in the Netherlands may appear in favor of the Tesla taxi driver, you as a buyer or owner, be it for personal or commercial use, are encouraged to look at Tesla’s Supercharger policy through a wider lens. Play a part in the company’s mission to accelerate the advent of sustainable transport by bringing compelling mass market electric cars to market.