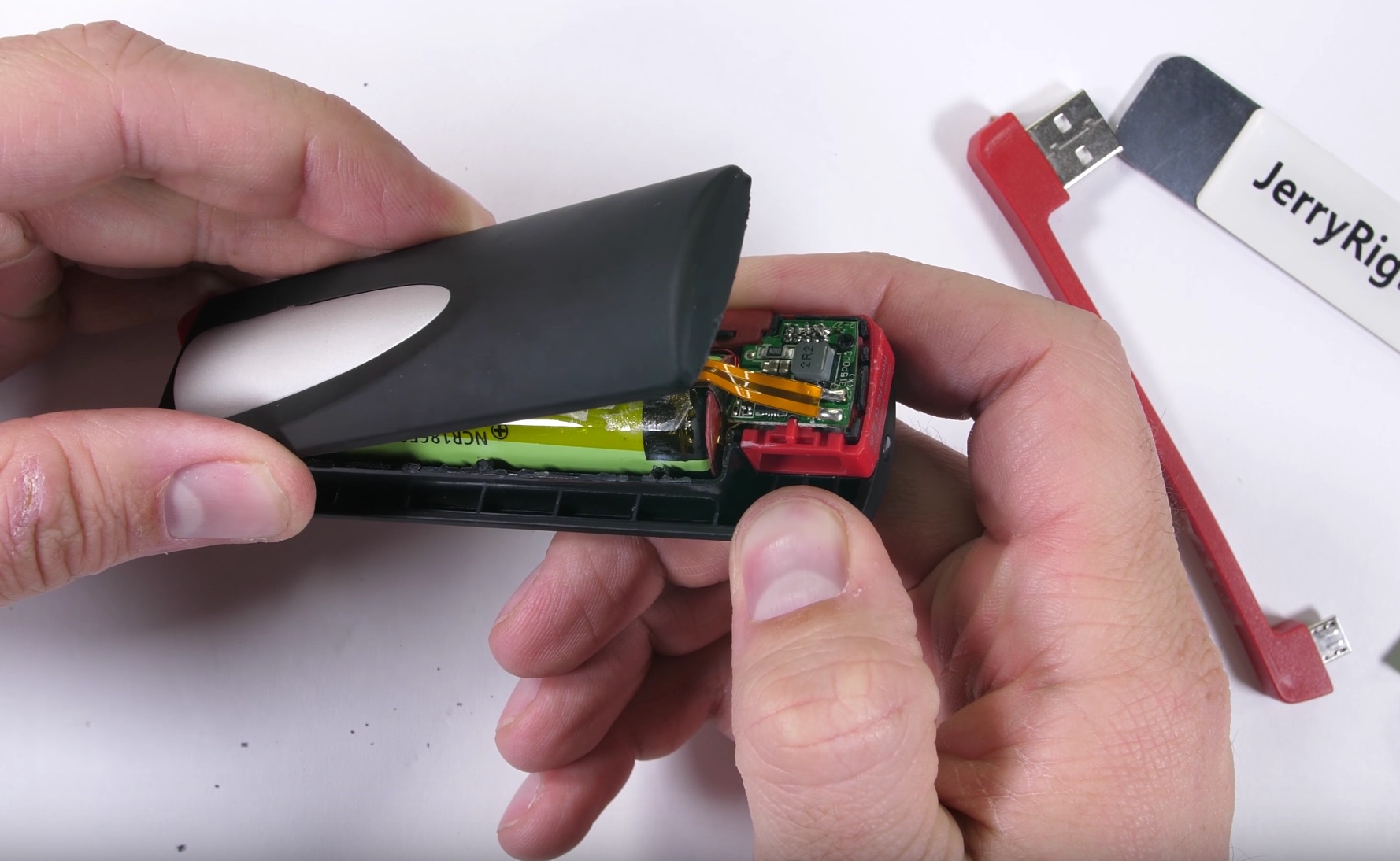 Teardown of Tesla’s Powerbank portable battery for your phone

JerryRigEverything explored the ins and outs of the Powerbank by ripping it apart. The device features rather modest specs compared to other portable battery packs in the market, with a capacity of only 3350mAh. What truly makes the item unique, aside from the sleek, Tesla-branded exterior, is its use of an 18650 Lithium-ion cell that has the same form factor as the battery cells used in the company’s Model S and Model X vehicles. It can also charge a mobile device fairly quickly, as its output is rated at 5V/1.5A max.

True to form, JerryRigEverything started out his teardown with a scratch test on both the Powerbank’s surface and accents. As noted by the YouTuber, the body of Tesla’s 3350mAh portable battery is made from plastic, while its silver accent, mimicking a battery cell, is made of metal. The entire Powerbank is quite solidly built, as the YouTuber had to break some of the item’s internal clasps in order to open the unit.

Once inside, the YouTuber immediately took notice of the power bank’s Lithium-ion cell. The teardown specialist then removed the battery’s entire unit from the device itself by unscrewing it from the portable battery’s frame. JerryRigEverything noted that the Lithium-ion cell in the Powerbank is wholly soldered onto the circuit board, making repairs quite tricky. A temperature sensor also seemed to be included in the battery’s stetup.

Based on JerryRigEverything’s teardown and exploration of the ins and outs of the Tesla Powerbank, the portable battery pack from the Tesla seems to be made with quality in mind. The unit was solidly built, and ultimately, it seemed to have survived JerryRigEverything’s iconic, and sometimes brutal, teardowns.

Both the Desktop Supercharger and the Tesla Power Bank are available at Tesla’s online shop for $45.00 each.

Teardown of Tesla’s Powerbank portable battery for your phone