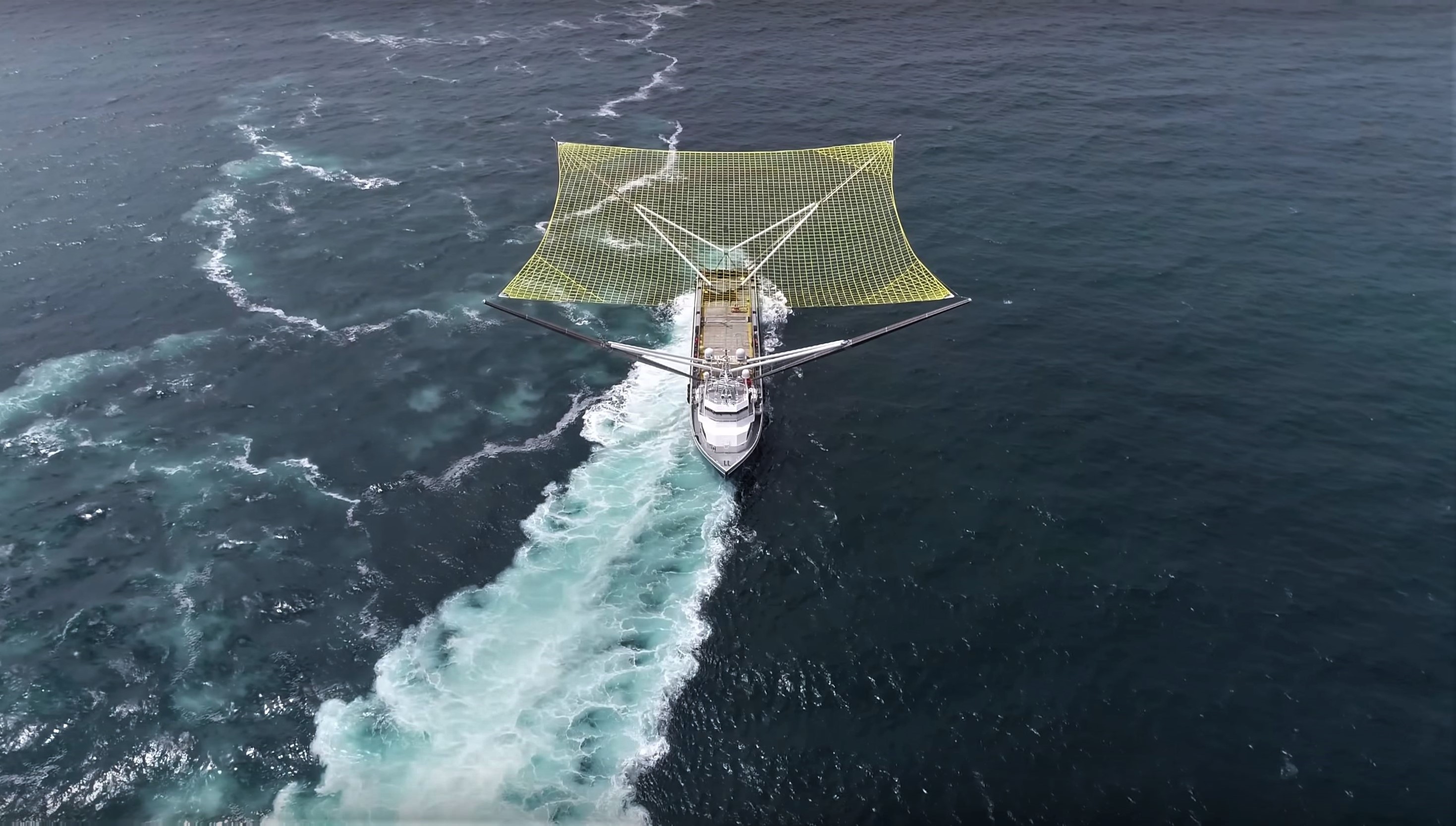 SpaceX’s newly-outfitted recovery vessel Mr Steven was recently captured conducting aggressive maneuvers off the coast of Port of Los Angeles, just days after the vessel’s massive new arms and net were installed for the first time. The intense pace of upgrades and acceptance testing confirm beyond any reasonable doubt that SpaceX does not intend to waste its next Falcon 9 fairing recovery attempt, set to accompany the July 25th launch of Iridium-7.

The iconic fairing recovery vessel has – for the past three or four weeks – been undergoing major upgrades to its arms or claws, as well as a massive, new net spanning nearly 0.9 acres (3700 m²). With what appears to be a genuine fourfold increase in usable area for fairing recoveries, SpaceX likely has a very strong chance of actually pulling off its first successful catches and reuses of Falcon 9 payload farings, valued at roughly 5% of the rocket’s cost ($3 million per a $60 million base price) per half. Manufacturing cost and price to the customer are difficult to compare, but it at least offers a hint of the full cost of each ~800 kg segment of carbon fiber and aluminum honeycomb.

Based on photos and video captured between July 12 and 15, Mr Steven’s crew and recovery technicians appeared to waste no time at all leaping from arm and net installation to sea-trials of the new hardware at least as extreme as anything previously observed from the SpaceX-leased vessel. Less than half an hour after leaving the harbor for the first time since his massive new arms arrived, Marinetraffic tracking data showed that Mr Steven was already performing aggressive turns and sprints at speeds up to 20 knots (~25 mph), fairly impressive given the vessel’s 200 foot (62 meter) length and gross weight of nearly 200,000 pounds (82,000 kg).

While this may seem impressive, Mr Steven is a class of ship known as a Fast Supply Vessel (FSV) designed to routinely transport a full 400 metric tons of cargo on its deck at cruising speeds of 23 knots (27 mph), which means that the only thing Mr Steven’s wildly expansive arms likely challenge is the vessel’s center of gravity (balance), hence the follow-up tests with hard turns at high speed.

Also of interest, an extraordinary video of some of that testing – unofficially captured, somehow, by drone – showed the ship aggressively maneuvering in reverse, an ability that could come in useful during recovery attempts if the expanded net’s coincidental protection of Mr Steven’s cockpit means that it can become a less fixed element, actively seeking out falling fairings to help close the gap on each parasailing half’s 50 meter error margin. 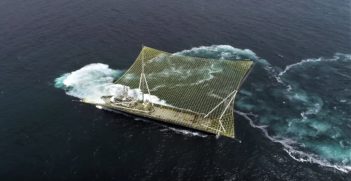 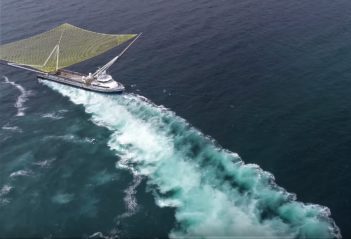 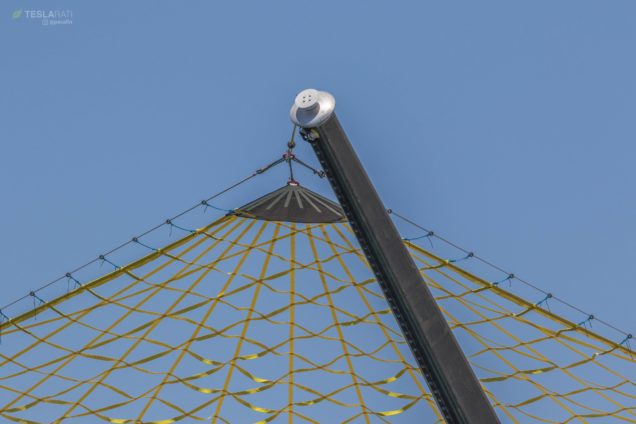 Previously scheduled for July 20, Iridium’s NEXT 7 multi-satellite launch was pushed back a handful of days to July 25 to give SpaceX engineers and technicians additional time to prepare what is the company’s third Block 5 Falcon 9 to roll off its Hawthorne, CA assembly line. While suboptimal for the customer and for SpaceX’s manifest, that slight delay very likely padded slim schedule margins for Mr Steven’s major arm upgrades, meaning that the vessel will now be able to participate in the imminent launch’s recovery operations. After the first flightworthy vehicle’s debut in May 2018, SpaceX’s rocket production has ramped up in quite an extreme fashion, jumping from four first stages produced in six months to another three or four boosters completed and tested in Texas in just two months.

While the transportation of Falcon fairings and upper stages is far harder to keep track of, production of those critical components of the rocket have also reached throughput levels that are new territory for SpaceX, including an impressive statistic of an average of one full Merlin 1D rocket engine manufactured daily according to an individual with experience on the factory floor.

The Block 5 iteration of the workhorse SpaceX vehicle is in many ways a wholly new rocket, featuring an array of upgrades that include new heat shielding at the rocket’s base, interstage, and legs; retractable landing legs, upgraded Merlin 1D engines, and a clean-sweep refresh of the vehicle’s avionics, to name just a handful of the major changes included.

SpaceX technicians wrench on a trio of varied Merlin 1Ds in McGregor, Texas, where every single engine is test-fired before being attached to a Falcon 9. (SpaceX)