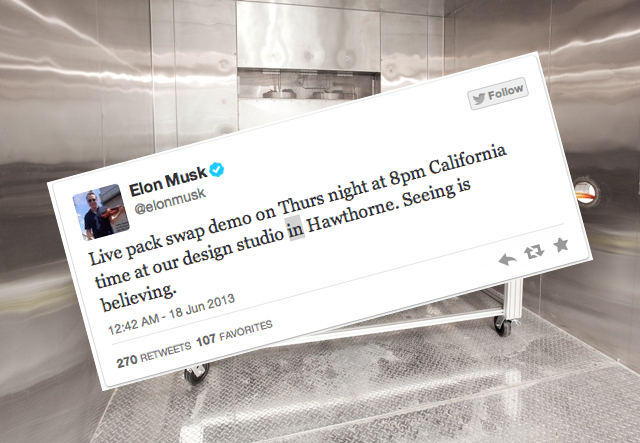 “Seeing is believing,” wrote Musk, saying that the company will do a live demonstration of pack-swapping at its design studio in Hawthorne, California.

Tesla has discussed battery-pack swapping since well before Model S prototypes were first revealed in 2009. In fact the Tesla Model S electric luxury sport sedan was designed from the outset to offer the ability to drop the pack easily and quickly out from under the floorpan.

More than a month ago, Musk had broadly teased the concept, tweeting, “There is a way for the Tesla Model S to be recharged throughout the country faster than you could fill a gas tank.”