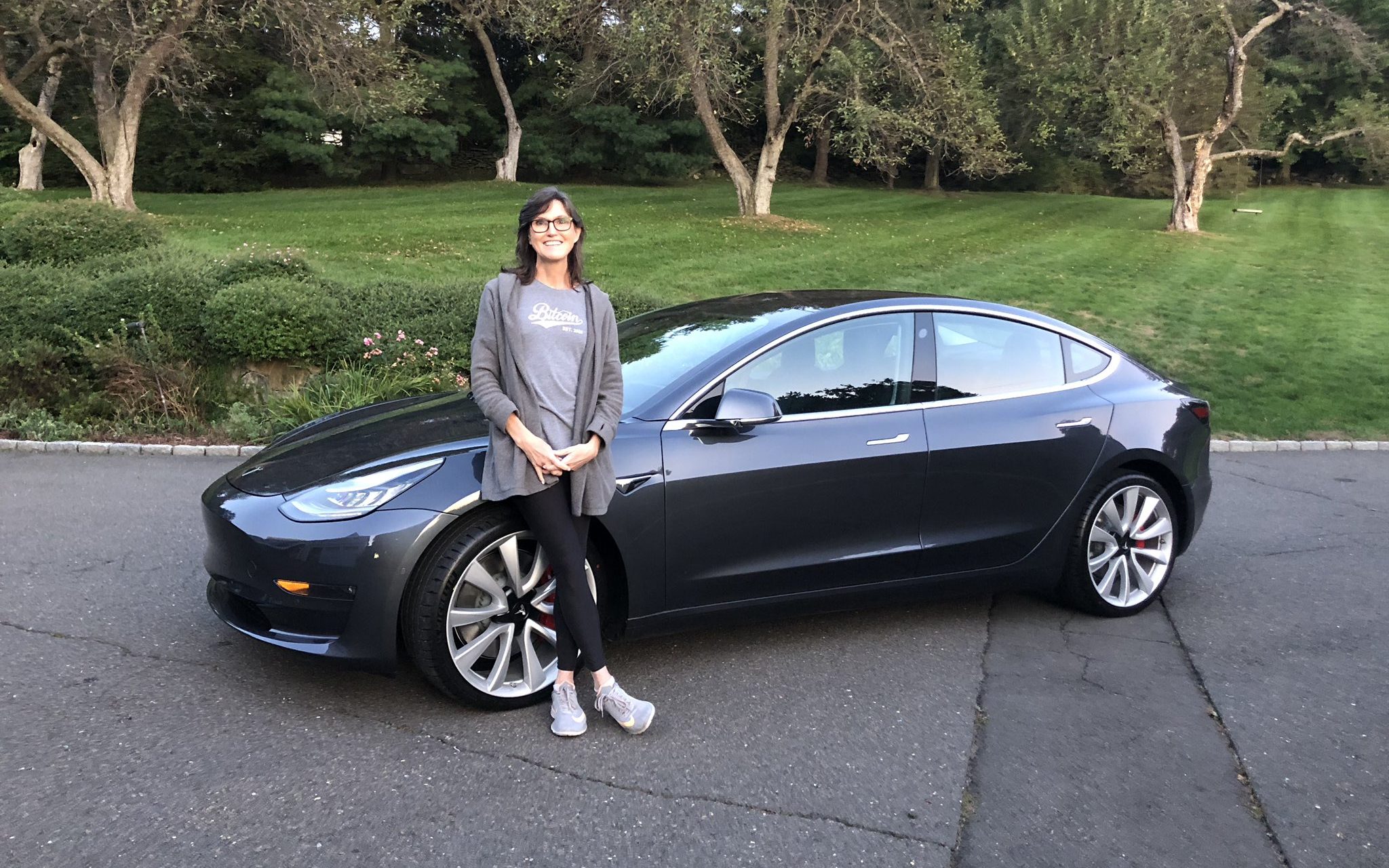 Last May 2019, ARK Invest founder and CEO Cathie Wood posted a bold call about electric car maker Tesla. Wood was considered as one of Tesla’s most ardent bulls then, holding a $4,000 per share long-term price target on the company. It was an amount that some in Wall Street seemingly refused to take seriously, but in May, Wood doubled down, publishing a new bull case valuation for Tesla, implying that the company could hit a share price of $6,000.

Criticism and mockery came quickly. Tesla bears and short-sellers, many of whom were smelling blood in the water then with TSLA’s ~$200 per share price, immediately criticized Wood. Jim Chanos, one of Tesla’s biggest short-sellers who has been pounding the table with the idea that the electric car maker is worth zero, criticized ARK’s forecasts for the company’s gross margins. Aswath Damodaran, a finance professor at New York University, flat-out refused to acknowledge Wood’s point, stating that the $1 trillion valuation that ARK was tying to Tesla was “more fairy tale” than reality.

That was May 2019, and Tesla was being battered left and right by analysts posting bearish outlooks on the company. Morgan Stanley’s Adam Jonas even posted a “bear case” price of $10 per share for Tesla stock, pulling down the electric car maker even further. Yet even then, Wood remained steadfast and unwavering, and ARK continued to buy TSLA shares.

Sixteen months later, Tesla is now trading at about $420 per share — after a five-for-one stock split in August. Instead of following the bearish outlooks of critics from the previous year, Tesla stock had risen tenfold, driven partly by the company’s steady demand for its vehicles and its evident edge against competitors, both from new companies and legacy automakers alike. Tesla is now worth more than five times Ford and General Motors combined, and the company seems poised to reach even newer heights with its energy storage business and battery production plans.

This has not stopped the critics, of course, with Wood and ARK’s analysts dealing with negativity from groups such as TSLAQ on a consistent basis. Wood, for her part, welcomes the critics. In a statement to Forbes, the ARK founder stated that “It almost makes me feel comfortable, to be honest, because it means if we’re right, then the rewards will be pretty enormous.” Considering ARK’s performance so far, Wood seems to be right on the money. Tesla’s massive rise, for one, has helped propel ARK Invest into one of the fastest-growing and top-performing investment firms in the market, with its flagship ARK Innovation Fund being up 75% in 2020. ARK Innovation Fund has returned an annual average of 36% over the past five years, almost three times that of the S&P 500.

In a way, ARK Invest could be seen as a disruptor on its own, similar to the companies that it so ardently supports. The firm makes its research freely available online for anyone to access, and it also shares the logs for its trades. Even ARK’s workforce is not the run-of-the-mill Wall Street, with Wood preferring to hire young analysts with specialized backgrounds in niche subjects such as molecular biology or computer engineering, as they are likely to be equipped with the necessary skills and background to spot the next trend. This has allowed ARK to take strong positions in numerous emerging technologies, such as autonomous vehicles and DNA sequencing.

ARK’s position in Tesla and the pandemic, which has accelerated the adoption of companies and technologies that are included in the company’s ETF, have helped grow its assets almost threefold this year. Today, ARK holds about $29 billion worth of assets and is valued conservatively by Forbes at about $500 million. “Coronavirus has catapulted our innovative platforms into high gear because they solve problems. Innovation solves problems,” Wood noted. Considering that Wood holds an over-50% ownership of ARK, she currently has a net worth of about $250 million, earning her the No.80 spot in Forbes’ sixth annual list of America’s Richest Self-Made Women.

In a way, ARK’s eventual victory over critics reflects much of Wood’s background. Wood started her career in finance when she apprenticed at Los Angeles fund Capital Group from 1977 to 1980. During her time there, she saw firsthand how interest rates that were approaching 20% adversely affected the market. Wood graduated in 1981 and joined Jennison Associates in New York as an economist. While there, she made an early call that inflation and interest rates had peaked, prompting dismissal from her superiors. As fate would have it, Wood was right.

Wood was eventually moved to Jennison’s equity research division, where she covered the wireless telecom companies in the late 1980s and the early 1990s. She saw firsthand the economic and societal changes that came as mobile phones became ubiquitous. She later moved New York-based AllianceBernstein as chief investment officer for thematic portfolios in 2001, and by the time the 2008 financial crisis hit, Wood figured that a fresh approach was needed for ETFs. In 2012, Wood proposed putting actively managed portfolios of innovative firms inside an ETF structure, but the idea was shunned at AllianceBernstein.

ARK Invest was launched two years later, but the first years of the firm were challenging, with the flagship fund ranking in the bottom quartile of its peer group, as per data from Morningstar. To keep the firm afloat, Wood dug into her savings and sold minority stakes and initiated partnerships with massive firms like Japan’s Nikko Asset Management and the mutual fund firm American Beacon, two companies that now own 39% of ARK. These efforts paid off for Wood, as ARK took off in 2017, thanks to its bets on stocks like Netflix, Salesforce, Illumina, Square, and Athenahealth. Wood also started buying Bitcoin in 2015 at $250 a coin, which the CEO calls an “insurance policy” against inflation.

Overall, Wood’s approach has allowed ARK Invest to thrive in one of the most challenging periods in recent years. The coronavirus pandemic hit hard in March, and the stock market proceeded to plunge. Using her nose for innovative companies, Wood proceeded to focus ARK’s portfolio on fast-growing companies that she believes have the potential to lead the world towards recovery. Together with Tesla, ARK proceeded to load up stocks from education-software company 2U, real estate platform Zillow, and Slack, a workplace messaging platform.

Tesla is a difficult company to value, with Elon Musk describing it more as a collection of startups that are working alongside one another. The company has confounded Wall Street for years, and continues to do so. But if ARK’s performance is anything to go by, Tesla’s valuation and performance may be most accurately analyzed by a firm with an outlook that’s just as disruptive and unique. And this, for Wood, is something that could very well make ARK even more successful in the future.