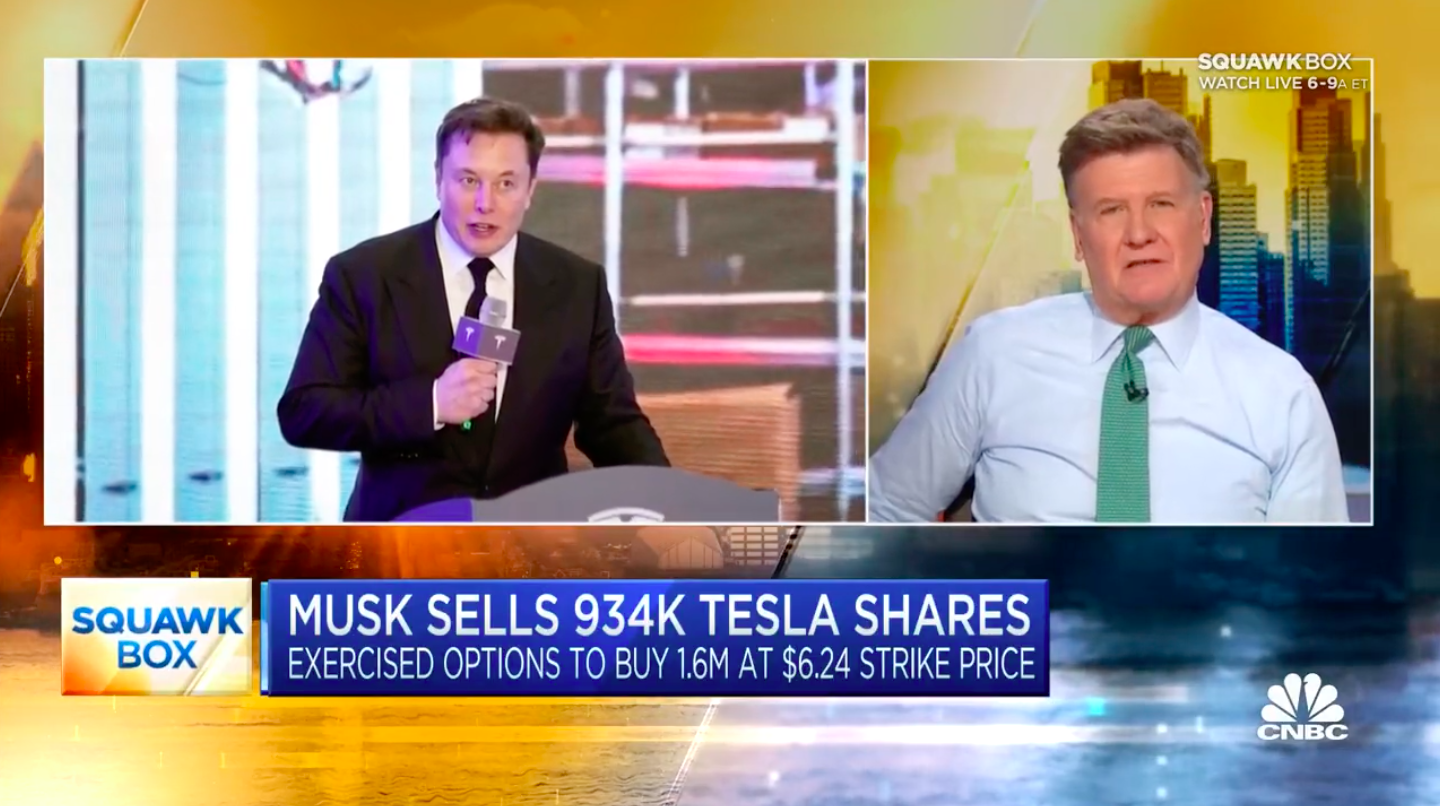 Elon Musk turns CNBC host into a full-on “fanboy:” “If loving him is wrong, I don’t want to be right.”

To state that Elon Musk has critics is an understatement. A look at the online backlash from his sale of Tesla stock and his impending $11 billion tax bill for 2021 would prove it. Due to his personality and style, Musk also tends to rub off mainstream media personalities negatively, as evidenced by the constant stream of negative reports about his ventures like Tesla.

CNBC is certainly one of these media outlets. Yet in a recent segment on CNBC’s Squawk Box, veteran finance host Joe Kernan admitted that he is done avoiding his appreciation for the Tesla CEO. While addressing a fellow host, Kernan lightly admitted that he had gone full “fanboy” for Elon Musk, going so far as to state that if loving the CEO is wrong, then he’d rather not be right.

“I’m sorry. He’s 50 years old. He sold his first video game that he designed writing code when he was 12 years old. Fifty now and just, so fearless and so unwoke, and I don’t know, I’m a fanboy. I’m sorry. I am. I admit it. Is that wrong? If loving him is wrong, I don’t want to be right. I’ve tried not to. And I’ve just given myself to it now,” Kernan said.

Seemingly aware of the negative reactions attracted by supporters of the CEO online, Kerna stood by his words on Twitter. In a follow-up post, Kernan urged users of the social media platform to “bring on the hate.” Quite ironically, the finance host’s admission of support for Musk was actually met with a notable degree of positivity from Twitter users.

Kernan is not the only CNBC mainstay that has turned positive on Elon Musk. Back in December 2019, longtime finance host Jim Cramer, who was skeptical of Tesla for years, admitted that he has become a staunch TSLA supporter, noting that the company has “all the ingredients of a winner.” And while Cramer has since aired his skepticism of Musk’s later projects like the Cybertruck, his stance on the company has generally been positive since.

Earlier this month alone, Cramer defended Tesla’s Full Self-Driving program, stating that he believes the technology is something that the world needs. “Eventually, we’re going to a point where autonomous cars can simply anticipate things far better than human-driven ones… Musk has become an evangelist for this kind of technology, and I think we need it because every time there’s an autonomous driving accident, the press treats it like it’s the end of the world, even though accidents — fatal accidents — happen with human drivers. They don’t even get into the papers anymore. We need Musk to champion this cause, and we need others to follow,” he said.

Elon Musk turns CNBC host into a full-on “fanboy:” “If loving him is wrong, I don’t want to be right.”