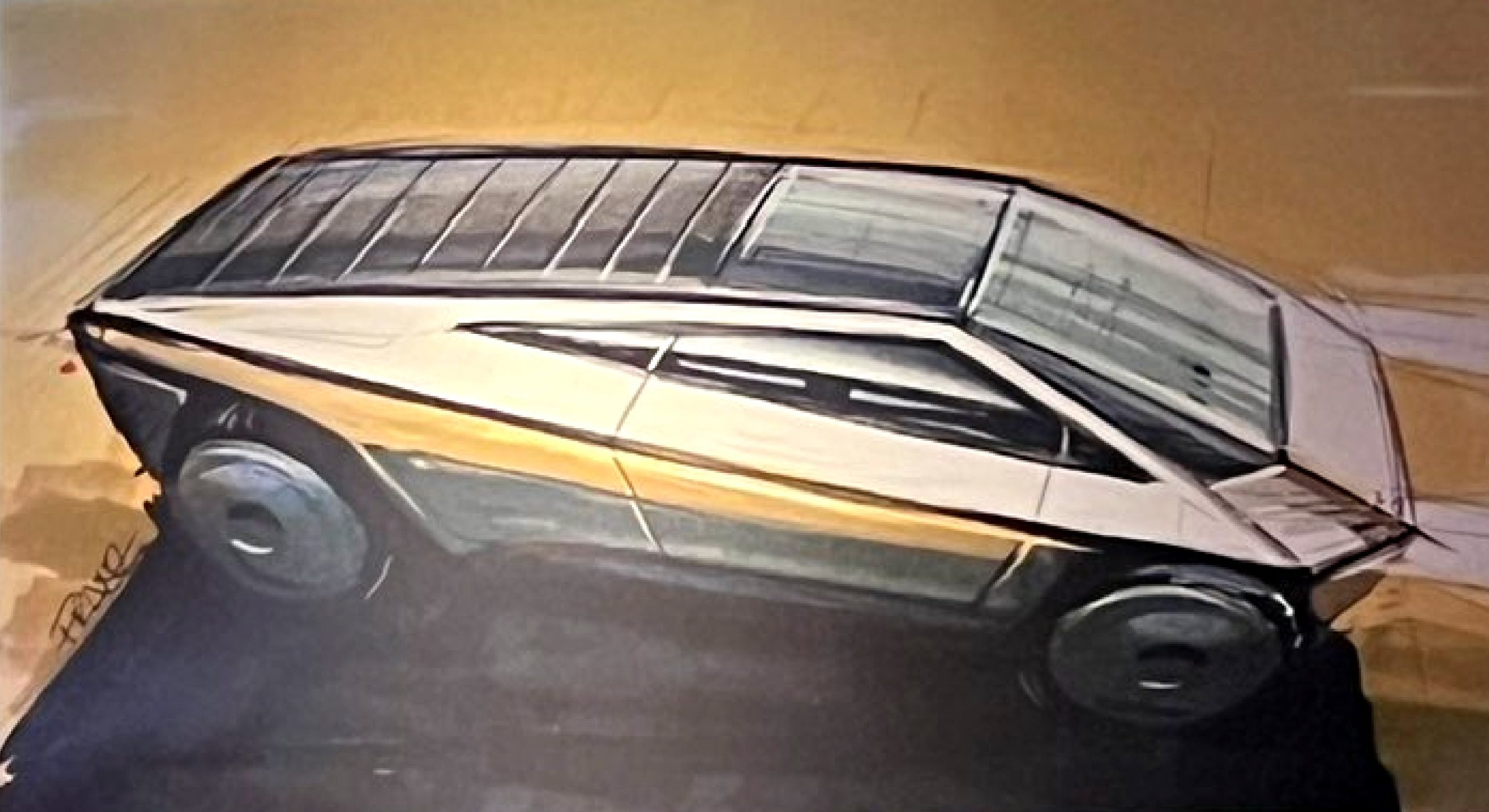 The design for the Tesla Cybertruck’s smaller variant seems to be hiding in plain sight. As spotted recently by some eagle-eyed electric vehicle enthusiasts, Tesla has shared a pretty interesting version of its futuristic all-electric pickup truck in its exhibit at the Petersen Automotive Museum.

Tesla’s exhibit at the Petersen Museum is extensive, as it highlights the company’s history, as well as the products and innovations that have helped it become a dominating force in the EV sector over the years. Being an upcoming vehicle that has generated a lot of excitement, the Tesla Cybertruck was heavily featured in the exhibit. Tesla Chief Designer Franz von Holzhausen was even interviewed in the Cybertruck’s section.

Included in the Cybertruck’s section at the exhibit was a sketch of the vehicle, which was set up close to the futuristic pickup truck. The sketch is particularly interesting since it depicted a pickup truck that’s quite a bit different from the hulking Cybertruck prototype unveiled in late 2019 or the updated alpha Cybertruck units that were spotted around California later. Unlike Tesla’s prototypes, the vehicle in the sketch was a two-door Cybertruck.

A number of things stand out in the sketch of the two-door Cybertruck. For one, the vehicle looks more compact than the Cybertruck prototypes that Tesla has built so far. Its cabin still looks spacious and airy thanks to its long windshield and short hood. Its bed, which is also covered by a tonneau, also looks capable of carrying a lot of cargo despite the vehicle’s seemingly more compact size.

The two-door Cybertruck design featured in the sketch at the Petersen Automotive Museum has received a lot of positive reactions from the Tesla community, with some noting that they actually prefer the more compact look of the all-electric pickup truck. Fortunately, the idea of Tesla releasing a smaller Cybertruck in the future is not farfetched at all.

Elon Musk himself said as much in the past. Following the unveiling of the original Cybertruck prototype in late 2019, Musk was asked on Twitter if Tesla would be open to making a more compact version of the Cybertruck down the road. Musk responded positively to the inquiry, noting that, “Long term, it probably makes sense to build a smaller Cybertruck too.” If such a vehicle looks anything like the two-door Cybertruck sketch, then Tesla would probably have yet another best-seller in its lineup.

The two-door Cybertruck sketch could be seen in several portions of Franz von Holzhausen’s CNBC interview at the Petersen Museum. A video of the interview can be viewed below.