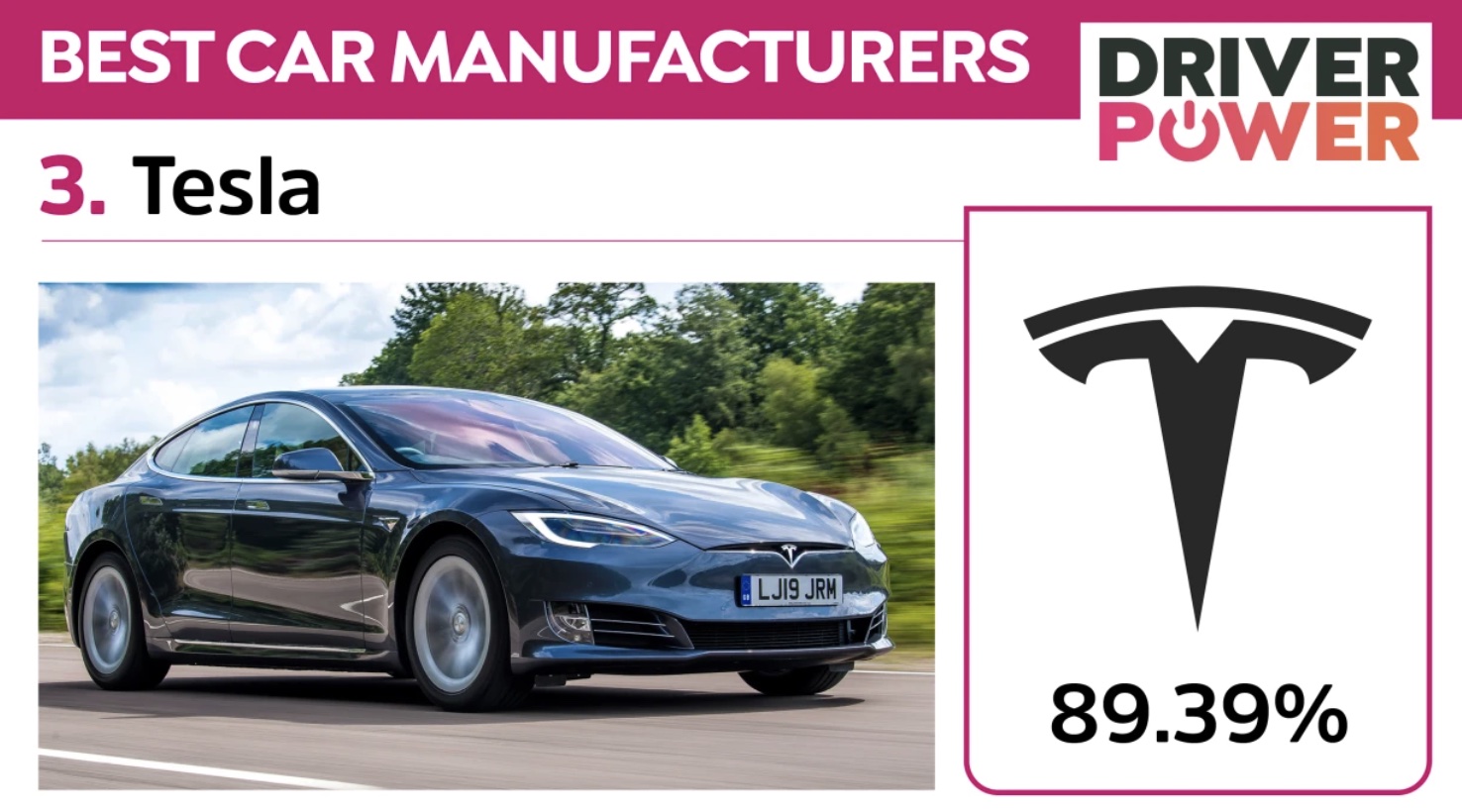 The 2021 Driver Power Survey was updated to mark its 20th anniversary. The update included more questions about tech, an assessment considering vehicles’ value for money, and more rigorous data processing practices. The percentage assigned to each brand is based on the number of owners that mentioned problems with their vehicles.

An average of 42.59% of Tesla owners who participated in the survey noted some faults in their vehicles. Tesla was recognized for its powertrains, running costs, and tech. However, the US EV automaker lost points for the quality of its vehicles, which needs improvement.

The survey’s results may not reflect the overall thought of Tesla in the UK. After all, the Tesla Model 3 was Britain’s best-selling car in June. Over 5,400 Tesla Model 3 vehicles were sold in the UK, beating the Volkswagen Golf by 800 units in June.

Porsche took the gold with 93.20%. It rose to 1st place after topping 6 out 10 of the categories in the survey. Only 14.10% of brand owners on average shared faults about Porsche cars. The Porsche brand was noted as a “true all-around sports luxury brand” by the 2021 Drive Power Survey.

Kia came in 2nd place with 90.14% and an average of 19.63% of owners who found faults with the brand’s vehicles. The Korean car manufacturer took the silver for reliability and build quality.