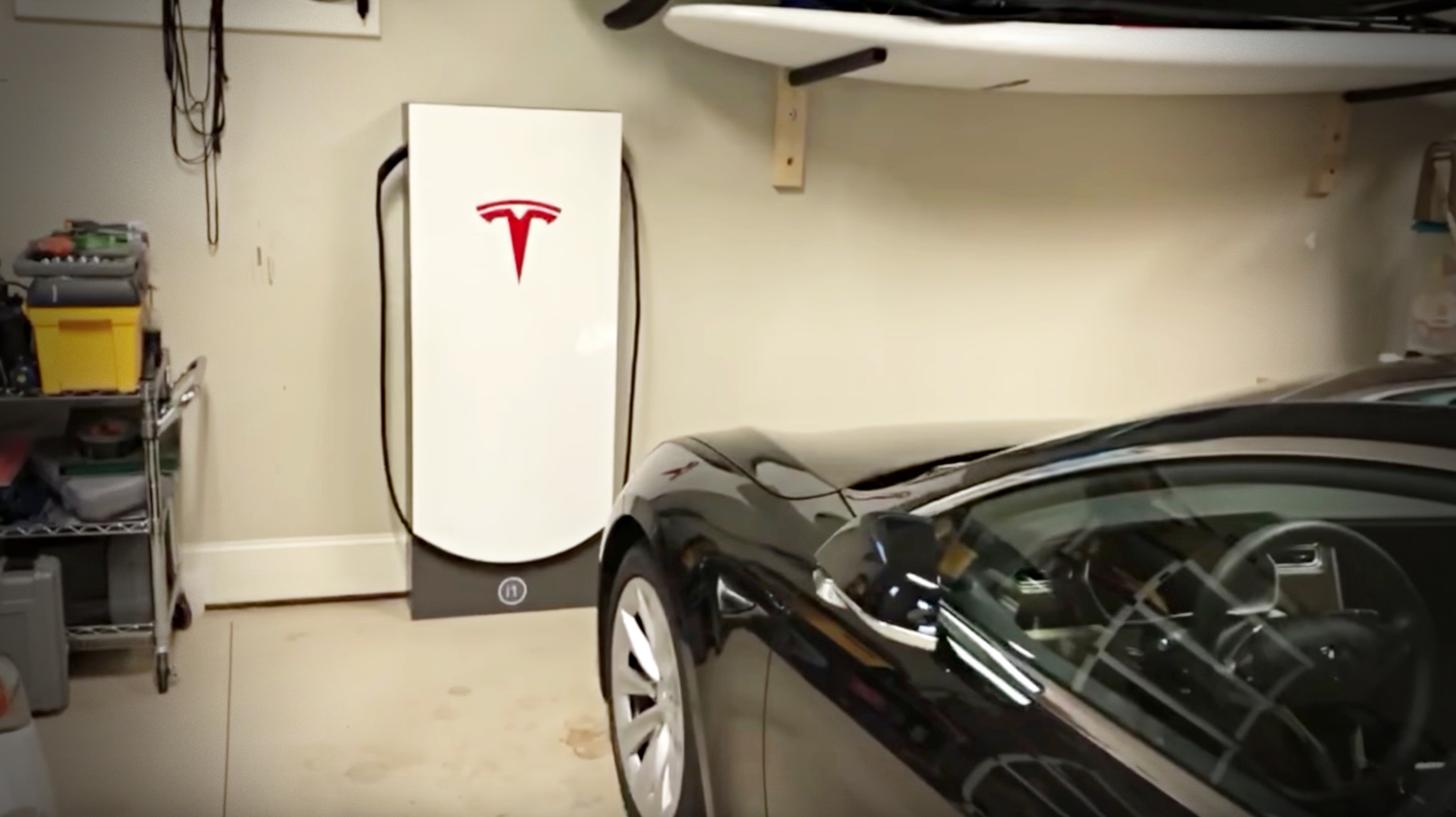 Tesla owners have been known to create clever ways to secure the standard mobile charger that’s included in the purchase of a Model S, X and Model 3 to their garage wall. Whether it’s designing a simple ‘$10 hanger’ for Tesla’s mobile connector from off-the-shelf products, or something as elaborate as building a life-size ‘Supercharger’ for their garage, the do-it-yourself (DIY) projects being posted to YouTube are plentiful.

Joining the mix of unique solutions is an “Urban Supercharger” that serves as a cable organizer and supply cabinet.

The dread of having Tesla’s mobile connector dangle from a wall outlet, and the unsightliness of long runs of cable resting on a garage floor, prompted Model S owner Brian Jenkins to devise a means to solve these two problems.

“I hated the the way the cord just was all over the floor and loved the look of the normal Superchargers. I then thought it would be cool to hide all the cleaning supplies in the cabinet.” Jenkins tells Teslarati.

The thought of building a ‘home Supercharger’ certainly crossed his mind. However, given the hollow design of Tesla’s high-powered charger and a desire to store supplies inside the body of the mock device, Jenkins found the look of Tesla’s newest Urban Supercharger to best fit that bill. Tesla’s Urban Supercharger, designed for city centers and high density locations, features a slimmer and more compact design than Tesla’s standard Supercharger.

By using plywood and MDF, sourced from a local supply shop, and gray latex paint with high gloss spray paint, Jenkins was able to build a true-to-scale ‘Urban Supercharger’ into his garage for roughly $100.

Jenkins will be publishing a how-to video for those looking to take a stab at building their own ‘Urban Supercharger’. For now, check out the final creation on his YouTube channel at i1Tesla.