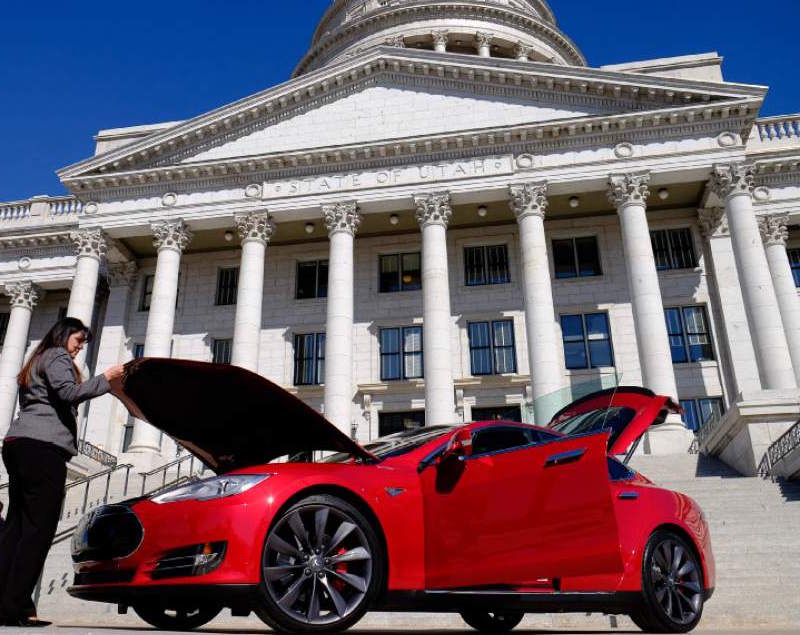 Tesla has taken its fight against Utah, a state that bars the Silicon Valley automaker from selling its vehicles direct to consumers, to the state’s Supreme Court. Tesla says the state’s dealership laws are not applicable to the company’s sales model.

The company’s troubles in Utah are similar to those it faces in other key states such as North Carolina, Texas, Michigan, and Connecticut, where the company continues to face opposition from traditional dealer associations.

“Our position is we should be able to sell completely directly,” said Todd Maron, general counsel for Tesla Motors. Maron adds that Tesla has a particular interest in selling in Utah because the state is known to be a “very entrepreneurial place” and “very innovative,”. “I think it’s wrong we can sell in China and not in Utah.” says Maron in speaking with reporters outside of the courtroom. Tesla built a $3 million showroom in Salt Lake City last year, but hasn’t been able to sell its vehicles there due to state laws that prevent it from selling directly to consumers without going through a dealership. Utah would later propose a change that would potentially allow Tesla to sell direct to buyers however the automaker was prohibited from stocking vehicle inventory. Tesla pulled its support of the proposal saying that the measures were too restrictive if the company was not allowed to hold inventory in the state. Instead, Tesla would take the fight to the Utah Supreme Court.

Justice Deno Himonas questioned the underlying intent of the law. “They’re not franchising to anybody is the point. It’s not McDonalds franchises,” he said. “Tesla’s not selling franchises. It’s Tesla directly.” as reported by local Fox13 News.

The five justices of the Utah Supreme Court questioned the point of the law, and whether it explicitly prevented Tesla from commencing in direct sales efforts. “I don’t know that I see anything in the Utah statutes that would bar direct sales by the manufacturer,” said Justice Thomas Lee.

The Utah Supreme Court took the case under advisement and is expected to issue a ruling over the next weeks to months. The Supreme Court has up to one year to come up with a ruling.

“Ultimately, neither the Department of Commerce nor the State Tax Commission have the final word on the meaning of the statute,” Justice Christine Durham said in court. “Ultimately, this court does.”