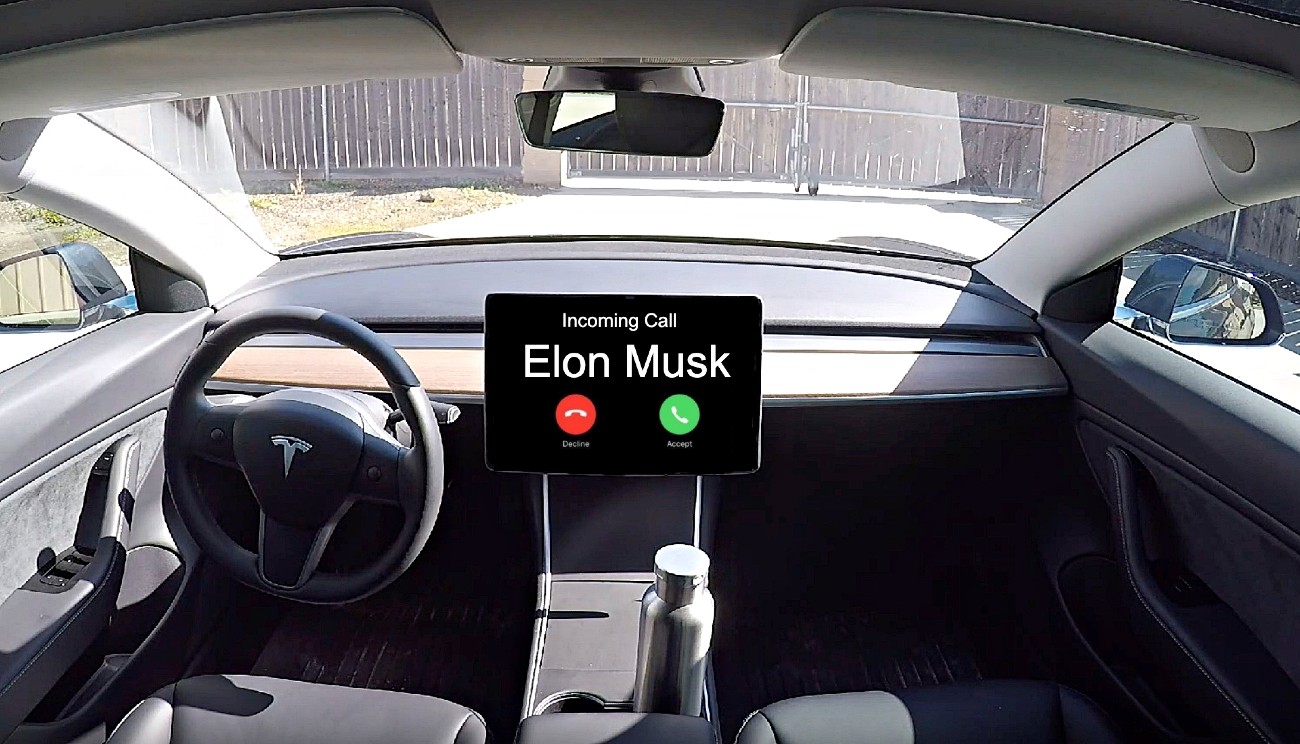 Tesla CEO Elon Musk confirmed that the company’s electric vehicles will get a video conferencing feature in the future.

Video conferencing has become a common feature in today’s world. As COVID-19 initiated social distancing measures all across the globe, friends, family members, and business partners must speak to one another through webcams and phones. Many people have utilized conferencing applications like Zoom or HouseParty to keep connected with loved ones or business associates, a simple way to stay in communication while quarantining and staying away from others to prevent the spread of the virus.

Tesla vehicles would likely utilize a cabin-facing camera to use the conferencing feature correctly. The Model 3 has one installed within the rearview mirror, and its purpose was unknown until Musk confirmed that it could be used for Sentry Mode to record break-ins. It also would record the interior of the vehicle when Tesla rolls out its Robotaxi fleet to keep passengers in check and stop them from doing something to damage the vehicle.

Although Musk confirmed the Sentry Mode and Robotaxi usage, the camera could also be used for a variety of other things. Recording passengers during a drive if the vehicle is used for a ride-sharing service like Lyft or Über is one, and capturing a Caraoke session is another. But the camera would most likely be used more often than not to communicate with others because it could be used as a webcam.

The already-installed camera in the Model 3 could help some owners conduct meetings through a webcam conferencing feature. Most would use a phone, tablet, or laptop to see family members, friends, or business associates through an intermediary of technology. However, Tesla’s use of an in-cabin camera and the large dash screen could make for a more in-depth experience, allowing for crystal clear communication when the car has full service.

The feature could be apart of a future software update. The Over-the-Air updates Tesla utilizes for its customers allows any internet-connected electric vehicle to download the newest characteristics that make for a complete and fulfilling ownership experience. Most recently, Tesla rolled out a Dashcam Viewer for all drivers. The addition of this feature allows owners to view Sentry Mode and Dashcam clips directly on the vehicle’s dash screen, instead of using a USB storage device to save the footage which then needed to be plugged into a computer for viewing.

The addition of a conferencing mode could allow for one more Tesla feature that is not available in any other car. Conferencing has become a normal thing in today’s world with the current pandemic, and the idea of it being included within a Tesla vehicle could make life easier for anyone who webcams to communicate with others on a daily basis.