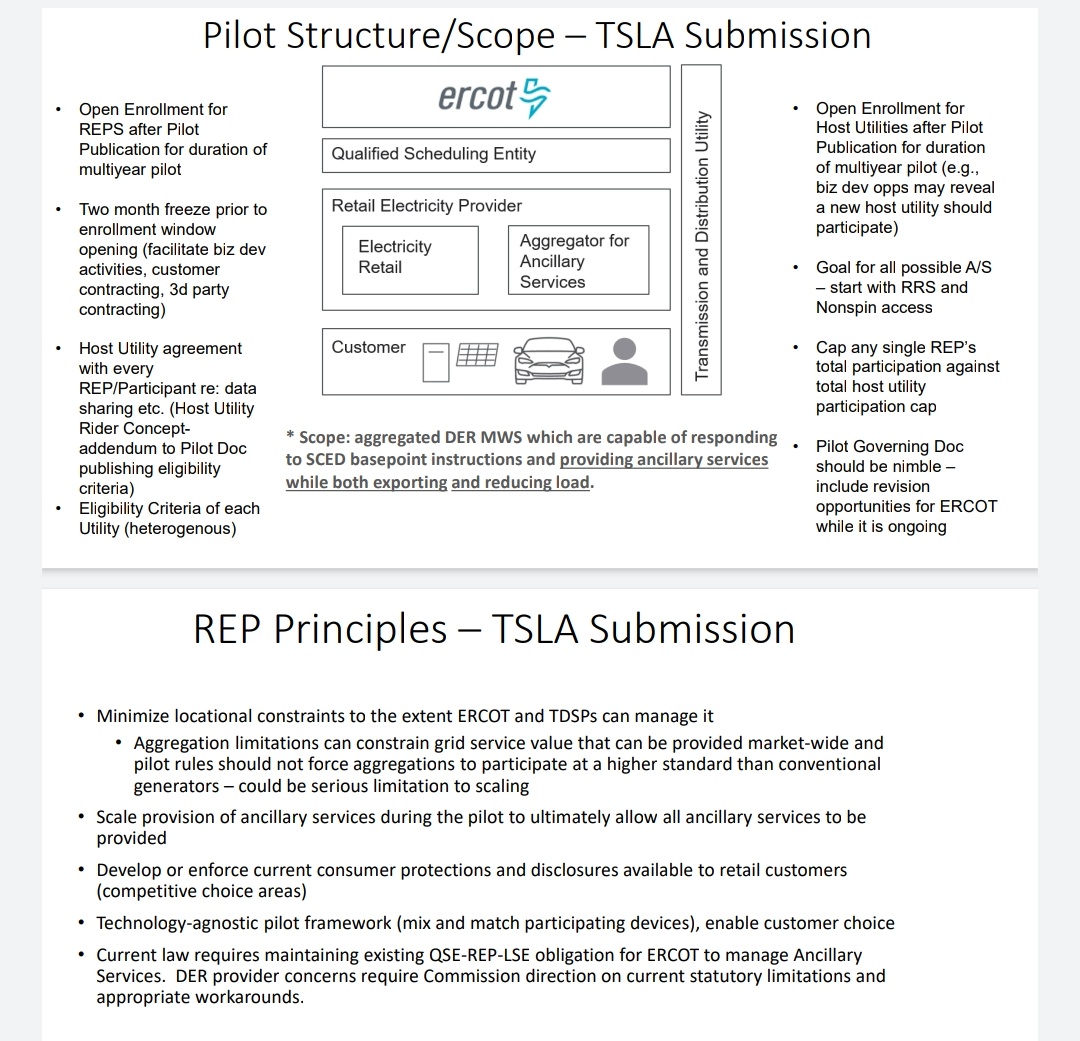 Tesla’s been working with the Texas Public Utility Commission (PUC) and the Electric Reliability Council of Texas (ERCOT). The hope is that Texas will allow homeowners with Tesla Powerwall to participate in virtual power plants (VPPs).

The Texas utility would be able to reduce the stress on its fragile grid by allowing for extra renewable generated energy to be sent to the grid.

The next #PUCTX Agg DERs workshop is scheduled for July 28. Commissioners McAdams and Glotfelty plan to develop a memo directing the pilot process. A task force of market participants will be set up to progress various considerations – size, MW caps, duration, aggregation limits.

Arushi Sharma Frank shared updates on the July 11 workshop. The image below is a slide detailing the pilot and scope of Tesla’s submission.

The next PUC workshop is scheduled for July 28. Arushi noted that Commissioners McAdams and Glotfelty are planning to develop a memo directing the pilot process.

A task force of market participants will also be set up. It will look at various considerations These include size, megawatt caps, duration, and aggregation limits.

We are…. trying! First workshop tomorrow. Will post updates after. https://t.co/quIW2VFJjz

Tesla’s goal is primarily for grid support and that of its customers. Currently in Texas, homeowners with Tesla Powerwall are unable to participate in virtual power plants.

This is why the demo Tesla is hosting is important.

The PUC and ERCOT need Tesla and they need to allow homeowners to be able to participate in VPPs.

However, there needs to be some type of compensation. It’s working in California and it will work in Texas if the utility will allow it to.

Tesla’s work in Texas is important. It could be a gateway to the Deep South. Allowing the southern states to participate in VPPs would help the national grid considerably.

And if Tesla wins Texas, a conservative state, other southern states will follow.