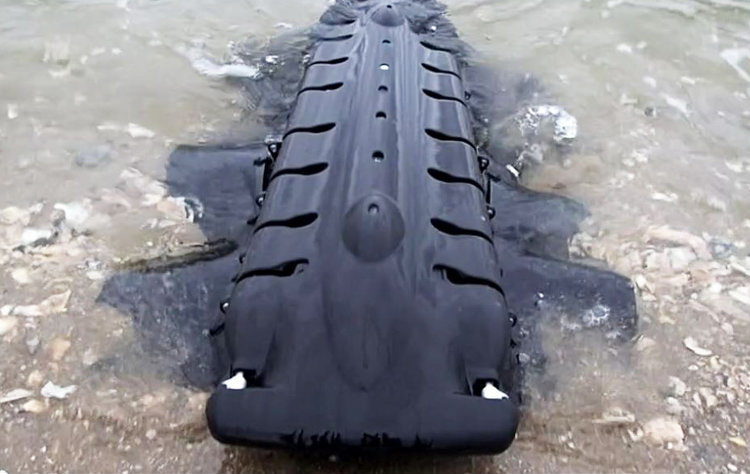 Whether or not you welcome humanity’s coming overlord robots, there’s something entertaining about watching them grow up. We’ve all seen Boston Dynamics release one video after the other displaying their robot dogs trotting around opening doors and their humanoid bots overcoming obstacle courses while being abused by their human creators (p.s. they won’t forget). However, they’re not the only company with some interesting, impressive, and somewhat creepy robotic developments. Here are three we thought should be on your radar:

This little spider-like guy made some waves at the end of this month with its coordinated dance moves shown off in an 80s-style aerobics video. Its maker is Hong Kong-based robotics company Robugtix, and apparently they have a strong preference for arachnids in their designs. The Z6 has three other siblings in the family, all spider-like in their design as well, and all movie stars in their own right.

Described as “portable and foldable…for use in professional environments”, the Z6 boasts the ability to climb stairs, fold up into a compact/backpack size, roll over, right itself if upside down, and navigate in confined spaces and irregular terrain. A built-in camera provides video streaming and monitioring from its wireless joystick controller. At its smallest, the Z6 is 10 cm (L) x 23 cm (W) x 13.7 cm (H); default standing mode is 52 cm (L) x 49 (W) cm x 17 cm (H). Given the capabilities, some industrial applicability may be in the works, i.e., search and rescue assistance.

Looking for a price? You might not want to ask just yet, and you’ll have to if you want to know for sure. Its siblings range from around $1000 (T8X) to $40,000 (RoboNOBE Black Widow), so we can only guesstimate what this (-tiny-) compact dancer’s cash money trade value will be.

To see the Z6’s awesome dance moves, watch the video below:

This robot actually evolved from research into renewable energy, specifically capturing wave and tidal energy. CEO Pietro Filardo of Pliant Energy Systems, the maker of Velox and based in New York, used his background in marine biology to design biomorphic devices that could not only capture energy from aquatic sources but also propel them. As seen by the ribbon-like attachments directing the bot’s motion, the final design involved a flexible fin moving in wave motions driven by internal actuators. With a few extra degrees of motion, Velox can also move across solid surfaces include sand, snow, pebbles, paving, and solid ice. To quote its makers, it can “swim like a ray, crawl like a millipede, jet like a squid, and slide like a snake.”

Pliant apparently has big plans for Velox’s eventual prodigy. The company’s website lists stealth characteristics and maneuverability useful for surf zone, amphibious beach, and polar ice missions – an obvious military appeal that’s not surprising considering the partial funding received from the U.S. Office of Naval Research, an organization within the Department of the Navy. Civilian uses are also suggested, if its proof-of-concept videos aren’t imagination-inspiring enough, such as personal propulsion for divers, propeller replacement for environmentally-sensitive waters like coral reefs, and search and rescue operations, specifically in the case of thin ice fall victims.

The company has been developing patented technologies since 2007 and its research has been sponsored by a variety of local and federal agencies including the National Science Foundation and U.S. Department of Agriculture. Pliant’s novel fin system (“undulating”, i.e., smooth and wavy) is also being applied towards its original intention – water energy generation – for which its design is useful where dams are not practical or desirable. Velox itself is still in the proof-of-concept stage, but its capabilities are already on display for admiration.

Watch the below video to see Velox in action:

Admittedly, these devices aren’t actually robots but rather make things into robots. Designed by Yale University as a NASA initiative, “robotic skins” are sheets of elastic material with robot components embedded inside, i.e., actuators and sensors. When wrapped around compatible objects, they provide movement and sensing functionality as needed to perform tasks.

Deep space traveling was the inspiration for their design – preparing for the unknown. If travelers can’t be sure what robotic functionality will be needed in a somewhat unpredictable environment, it would be useful to have the ability to create what’s needed on-demand. Demonstrations of the skins thus far have included a stuffed horse walking, a cylinder crawling like a worm, a claw for moving things, and a posture sensor that vibrates when a user is slouching. Perhaps implementing multiple skins could create a bot that both flipped pages in a spacecraft instruction manual and slapped the reader when they stopped paying attention. Hey, deep space might also be boring.

Watch the below video for more on how these “robotic skins” work: