“I’m feeling generous because of Covid-19. I’ll double any BTC payment sent to my BTC address in the next hour. Good luck, and stay safe out there!” read a tweet sent to Elon Musk’s nearly 37 million Twitter followers from his account.

Bill Gates, among other Twitter accounts that are known in the cryptocurrency industry, including CoinDesk, Kucoin, Gemini, and Binance, saw similar messages tweeted from their accounts that prompted followers to send their Bitcoin, with the false promise of getting paid “double” in return.

“I am giving back to the community. All Bitcoin sent to the address below will be sent back doubled! If you send $1,000, I will send back $2,000. Only doing this for 30 minutes,” tweeted from the @elonmusk and @billgates Twitter accounts, while being deleted shortly after.

While news of the coordinated attack propagated across social media, the hackers would continue to tweet similar messages over one hour from the compromised accounts. 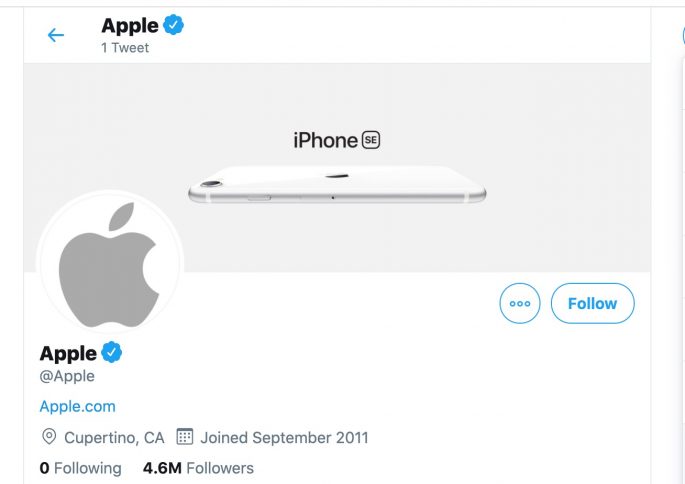 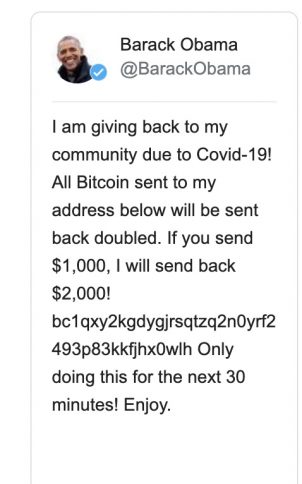 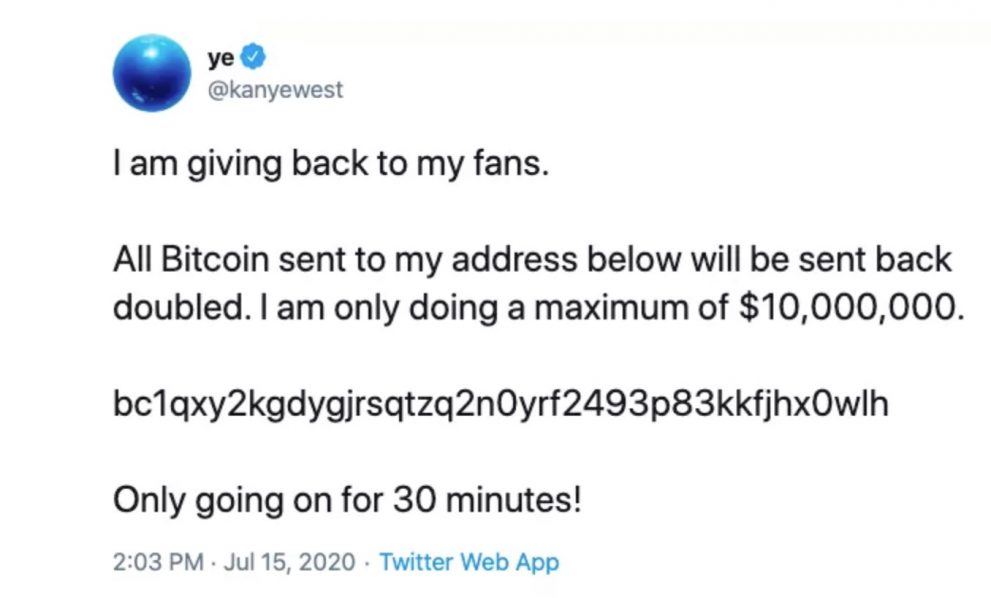 Nearly two hours after first reports of high-profile Twitter accounts being targeted as part of a bitcoin scam, hackers would end up compromising the accounts of 44th U.S. President Barack Obama, Kanye West, and Silicon Valley electronics and software giant, Apple, among many of the world’s most prominent people.

While the coordinated attack came as a surprise to many on Twitter, this isn’t the first time hackers have leveraged the social media platform to scam people out of cryptocurrency. Tesla CEO Elon Musk’s Twitter account is a notorious target for bitcoin hijackers that aim to con his legion of loyal fans out of money. Using falsified accounts that bear a resemblance to Musk’s verified Twitter handle, hackers impersonate the Tesla and SpaceX founder and ask fans to send digital cash to a bitcoin address under the promise of doubling the sum as part of an act of kindness.

As of the time of this writing, a representative for Twitter notes that they’re actively looking into the issue.

We are aware of a security incident impacting accounts on Twitter. We are investigating and taking steps to fix it. We will update everyone shortly.