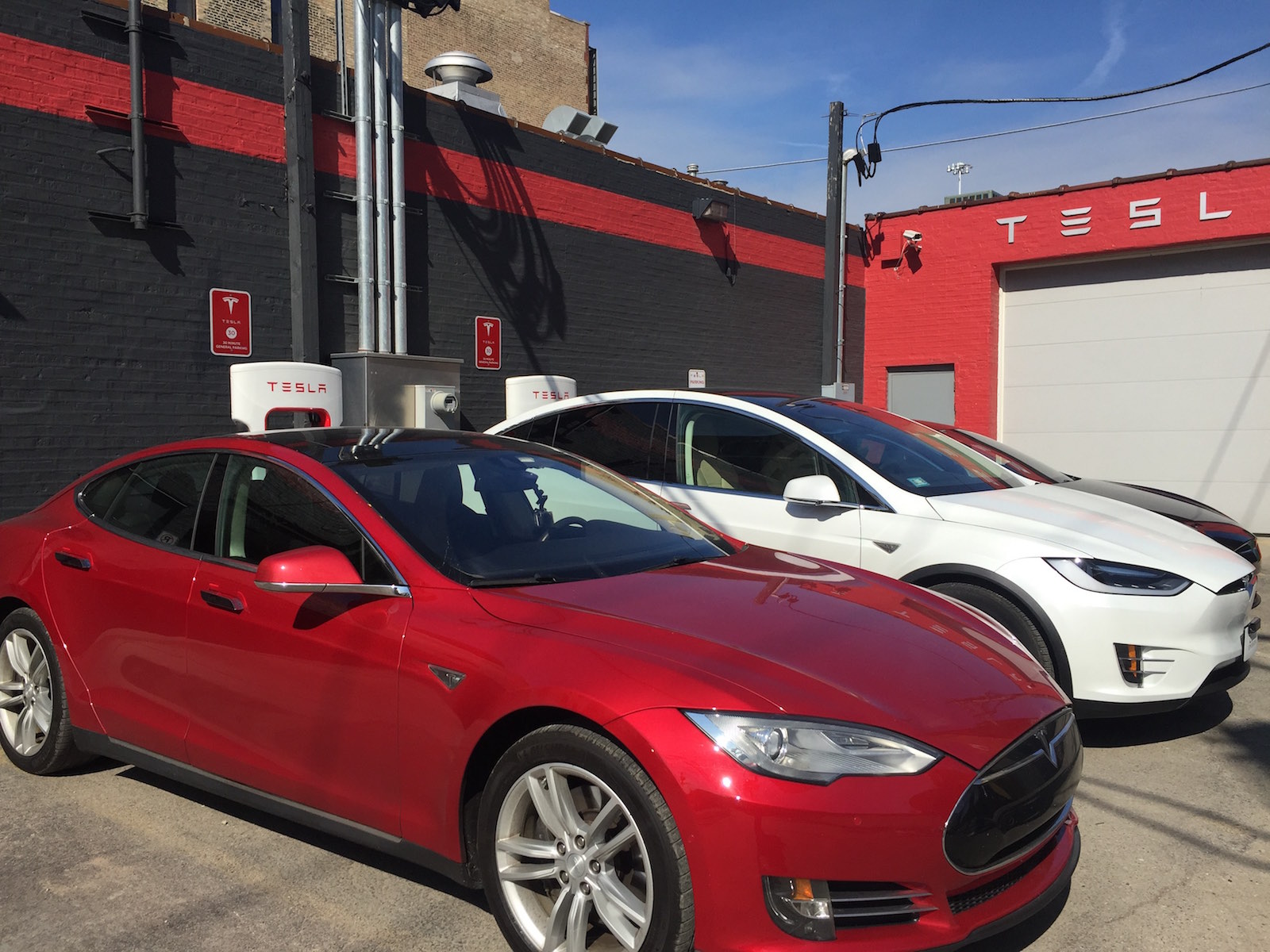 It happened in the blink of an eye. December 4th, 2016 came and went unceremoniously. Perhaps it’s the holiday shuffle or the dreary, cold days that took away some of my attention. More likely, it’s that greatness in this case breeds a sort of serene feeling of being content. Two years ago on that date, I took delivery of a shiny, Multicoat Red, Tesla Model S 85.

A lot has changed since then, but all for the better thanks to this amazing car.

I’ve taken a few, and racked up 19 states (plus 1 Canadian Province) and over 40 Supercharger locations. Each trip has somehow been better than the last, and always points toward the one truth: I need to drive to California. Never before would I have even joked about considering such a thing, but the ease and joy of driving a Tesla has made me want it badly.

I certainly don’t shy away from driving this car to destinations near and far. The odometer read over 36,000 on our 2nd anniversary and I’m oddly proud of that fact. Doubly true since the car’s daily work commute is fewer than 20 miles per day.

Just over a year ago, I approached a restaurant about becoming a destination charger in Wilkes-Barre, PA, which at the time was the one place I had a heck of a time getting to and from due to a lack of Superchargers on the way. Despite no longer being in desperate need of juice while there, since a Supercharger has since been built along the way, I’m elated and somehow feel proud. Little old Wilkes-Barre, PA has not one but two non-hotel destination chargers.

Everywhere I need or want to go to is covered by Tesla charging locations these days. As it turns out, there is one under construction at the very ski area my husband had to take a gasoline car to get to just last winter! Round trip from our home to the mountain isn’t possible. Aside from intentionally visiting that area just to ski, it is also just 24 miles from my in-laws’ home and provides yet another decent charging option for when we visit. Their garage/driveway-less home is not one that would accommodate us installing an outlet, so we used to have to get creative with an extension cord across a sidewalk or borrowing a car to drop ours off at a Level 2 charger overnight.

Tesla has always provided us with remarkable service. We have not yet experienced any major issues, but all minor issues have been taken care of swiftly, politely, and with the use of a loaner car. I recognize that this service may not be feasible in the long run, but I’m very happy to take advantage of it while I still can.

If you told me when we picked up our car in 2014 that I would have chatted with dozens of fellow owners and enthusiasts in real life and online, met up with owners around the country, and spoken to hundreds of people at a local car show, I probably would have rolled my eyes. If you told me I’d be sharing my story on Teslarati and would have attended the unveiling event for the Model 3, I certainly would have told you that you were a few rivets short. The car isn’t just fun to drive; it’s massively fun to talk about.

Until last week, not one red cent had been spent on maintaining our car. The cost of electricity has been mostly off set by making a few efficiency adjustments at home, but if I had to estimate a true cost, I’d say we spend $50 per month on powering the car for non-road trip use. Last week, we took the car in for 2 year service. Admittedly, we skipped the first year service, since the car had been checked over twice when we brought it in for minor issues. This service came with a total bill of $742 including sales tax. For that fee, we got piece of mind and a “clean bill of health” so to speak. We know our investment is in good shape, will continue to keep us safe, and should operate for a very long time. For those wondering, it also included plenty of tangible items. They included cleaning and lubricating closures such as moving glass and doors, topping off washer fluid, measurement and rotation of tires, additional air, measurement of brake pad thickness, 4 wheel alignment, new wiper blades, new carbon filter, new key fob batteries, new desiccant bag – subcool condenser, and a quart of brake fluid.

We mentioned having started hearing a bit of a buzz while driving at low speeds, which prompted additional work at no additional cost. Tesla did what appears to be an extremely proactive move in replacing the powertrain and o-rings for the high voltage inverter enclosure.

A little bit of luck also came our way, in that the driver’s door handle apparently gave the service center issue while the car was there. A new assembly was installed and we were none the wiser until seeing our receipt. Our beautiful red car was back in our hands 48 hours later.

I can talk until I’m blue in the face about how great this car is but to me, there is only one true measure of how satisfied someone is with their car and that is whether or not you’d buy another car from the same manufacturer. I undoubtedly will – just the moment I am invited to configure my Model 3.