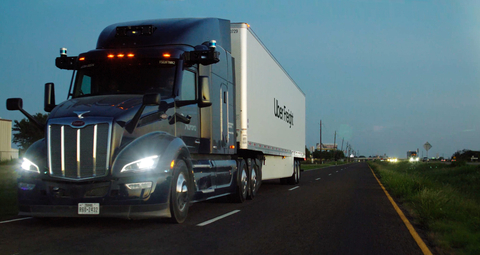 Uber has expanded its autonomous freight delivery service with Aurora Innovation in Texas in preparation for the holiday season.

As outlined in the press release from Aurora Innovation, the company is expanding through a new 600-mile delivery route between Fort Worth and El Paso. On the route, Uber will employ the modified Peterbilt 579M produced by Aurora. The trucks are level 3 autonomous and still have a driver overwatching the vehicle, but the aim is to achieve level 4 autonomy soon.

“Our extensive and efficient digital marketplace is a key ingredient for autonomous freight deployment,” said Lior Ron, CEO of Uber Freight. “As the preferred marketplace for autonomous trucks, we are incredibly excited to partner with these two companies laser-focused on paving the way for a hybrid network together.”

Uber’s autonomous freight delivery is still very much in its infancy, only starting in Texas about a year ago, yet a perfect storm of factors may help it grow in the near future. The lack of truck drivers in the U.S. remains a significant challenge, autonomous driving is finally moving out of its infancy, and infrastructure is finally being implemented to support the technology.

Uber’s other autonomous services have seen similar growth over the past year. Uber has started and expanded its autonomous food delivery options available on UberEats. Concurrently, Uber’s autonomous taxi service with Motional has taken off this year in several key cities with more on the way. And even Uber’s most significant competitor, Lyft, has matched its investments in autonomous offerings in kind.

The shift to autonomous driving options has already begun. For service operators like Uber and Lyft, it offers endless benefits while also reducing their liabilities. However, it remains unclear how fast the transition to the technology will be or what its ramifications will be once induced.