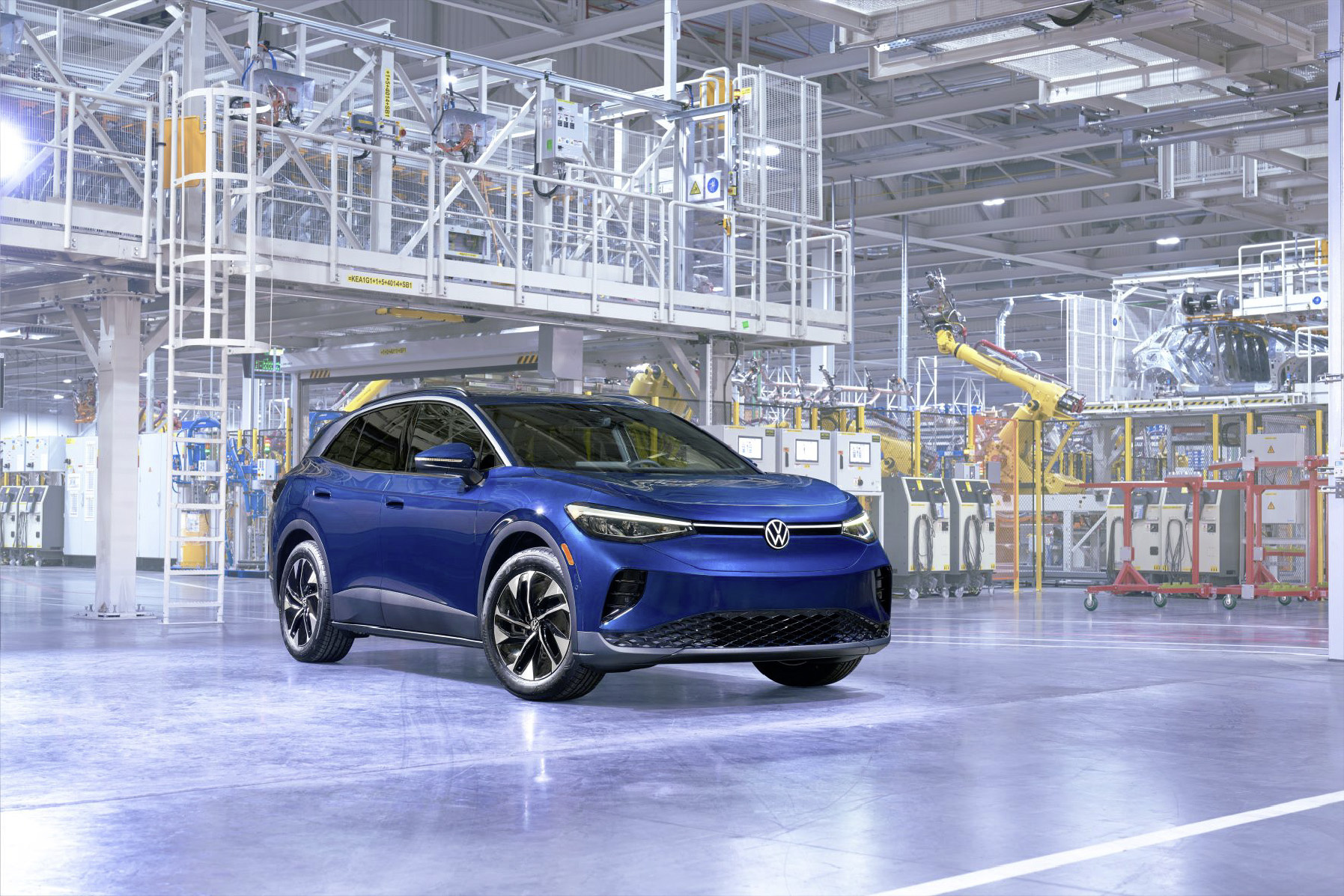 Volkswagen has announced a recall for the VW ID.4 due to an electrical issue. The problem is unrelated to the ID.4’s powertrain, but it concerns the vehicle’s 12V battery. If left unprepared, the issue could result in a battery fire.

As per a Safety Recall Report from the National Highway Traffic Safety Administration (NHTSA), the charging cable in rear-wheel-drive ID.4 units can come into contact with the steering column. This could result in a short circuit and potentially, a fire. The recall affects 1,042 vehicles produced for the 2022-2023 model years. AWD variants of the ID.4 are unaffected by the recall.

“On affected vehicles (rear-wheel drive only), the 12V battery charging cable may contact the steering column shaft, causing the cable insulation to wear through. If this happens, it may result in a short circuit. A short circuit can lead to a loss of motive power while driving, which increases the risk of a crash. A short circuit, in this case, also increases the risk of a vehicle fire. The affected cable is a low-voltage cable; therefore, there is no risk of a high-voltage electric shock to occupants or servicing technicians. A risk of potential damage to the steering system (due to electrical current passing through) cannot be ruled out,” the recall report noted.

Volkswagen ID.4 owners with affected vehicles are advised to pay close attention to warning messages related to their 12V battery. These messages can indicate that the insulation has become damaged and a short circuit is occurring. In some cases, a burning smell or smoke may also be present, in which case the vehicle should be parked and serviced immediately. That being said, Volkswagen has emphasized that there is no risk of electrocution associated with this issue since it is tied to the vehicle’s 12V battery.

To fix the issue, owners of affected ID.4 units could have their 12V batteries repaired or replaced at a Volkswagen dealership. “At no cost to customers, dealers will inspect the 12V battery charging cable and repair or replace it if necessary. Volkswagen will not offer a reimbursement plan under this recall,” the Safety Recall Report noted.

The Volkswagen ID.4 may not necessarily be competing at the same level as popular battery-electric crossovers like the Tesla Model Y, but it is achieving a number of milestones on its own. In the fourth quarter, for example, an estimated 9,439 units of the ID.4 were seemingly sold in the United States. This would be a new record for the vehicle and it also represents a year-over-year growth of 111%.

Volkswagen’s recall report for the VW ID.4 can be viewed below.