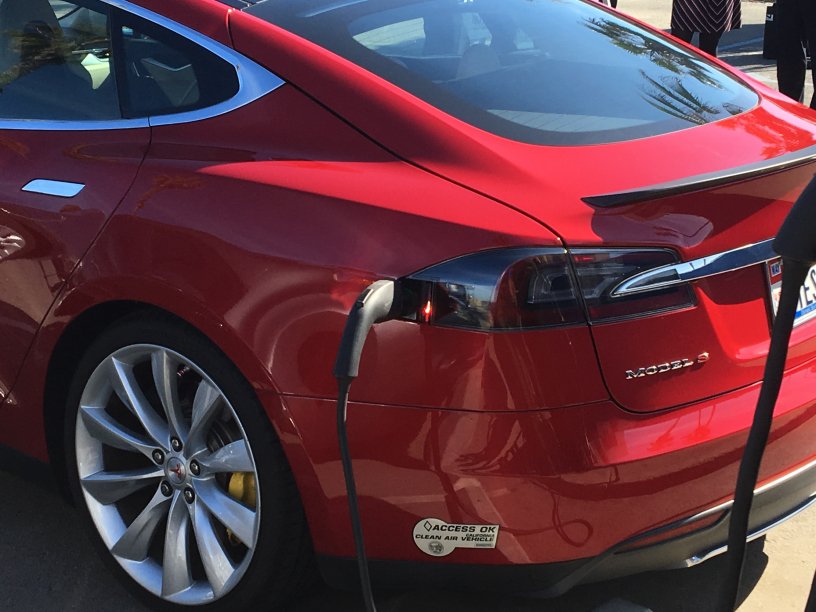 Volkswagen will designate $300 million by 2019 to establish a network of more than 450 electric vehicle charging stations in 11 U.S. major metropolitan areas and along high traffic highways. The announcement came this week through Volkswagen’s new wholly owned subsidiary called Electrify America, which will support increased use of zero emissions vehicles (ZEVs) in the U.S.

The initiative is part of the Federal Trade Commission agreement with Volkswagen to compensate for “Dieselgate,” the systematic and willful deceit of U.S. emissions regulators through special software in Volkswagen’s diesel vehicles. Electrify America is a product of Volkswagen’s 2016 court settlement with the California Air Resources Board and the U.S. EPA. We recently reported that the VW emissions scandal has given life to a new generation of electric vehicle start ups like Rivian Automotive. The Illinois-based electric car company has leased land to a logistics company that’s using the space as a temporary holding area for the Dieselgate VWs. Teslarati commissioned a videographer to capture drone shots showing roughly 14,000 affected cars waiting to be disposed of as a result of the scandal.

Electrify America will support and promote greater availability of customer-friendly infrastructure in areas with high demand for ZEVs. With hundreds of stations with non-proprietary chargers across the U.S., Electrify America‘s first National ZEV investment cycle will make it easier and faster for millions of Americans to charge their electric vehicles while also “encouraging more drivers to explore and embrace electric driving.”

Electrify America has released information through a press release and website that it will establish a network of 2,500+ non-proprietary electric vehicle chargers at more than 450 station sites.

The extent and speed of Electrify America‘s planned installation schedule roughly parallels the early years of Tesla’s DC Supercharger network in the U.S., which began in late 2012.

The new Electrify America chargers will be non-proprietary. Tesla vehicles use a proprietary plug design, although the company sells compatible adapters. Tesla’s DC CHAdeMO adapter is limited to 50 kilowatts of power.

With proposed charging power set at 320 kilowatts, the Electrify America network would be the first high power contender, at scale, to the Tesla Supercharger network. Tesla is the only EV manufacturer right now capable of charging vehicles at up to 120 kW, which equates to about 170 miles of range in as little as 30 minutes. Tesla has built a fast DC Supercharger network that supports maximum theoretical charging rates of up to 145 kilowatts, according to the company’s website.

The Electrify America network will provide 2500+ chargers at more than 450 stations. At this writing, Tesla Superchargers are at over 2,200 charging stalls at 350 locations across the U.S.

The proximity of Electrify America‘s chargers along frequently traveled corridors means that many shorter range ZEVs available today will be able to use this network. Most Tesla sites are located along highways away from large metropolitan areas and are primarily intended for use by travelers on long-distance trips.

It seems likely that the Electrify America chargers will be located in existing public infrastructure like rest stops. Tesla has a growing network of Destination Charging Partners with dedicated Tesla Wall Connectors at their properties. The company’s website describes how these are primarily destinations where a Tesla owner would stay for several hours at a time, such as ski resorts, restaurants, hotels and others. They are safe, well-lit, and infuse a feeling of security when Tesla owners need to recharge their vehicles.

Electrify America stations will be designed to support many existing and anticipated charging technology needs, including evolving industry standards like the Combined Charging Standard (CCS) and the Open Charge Point Protocol. Last year, Tesla joined the European CharIN consortium that is leading the development of CCS.

Tesla reminds its owners that there are many factors that affect the actual charge rate, including ambient temperature, utility grid restrictions, and charging traffic. Tesla constantly incorporates owner feedback into its maintenance and research and development efforts, offering a distinct consumer experience for Tesla owners who use its Superchargers.