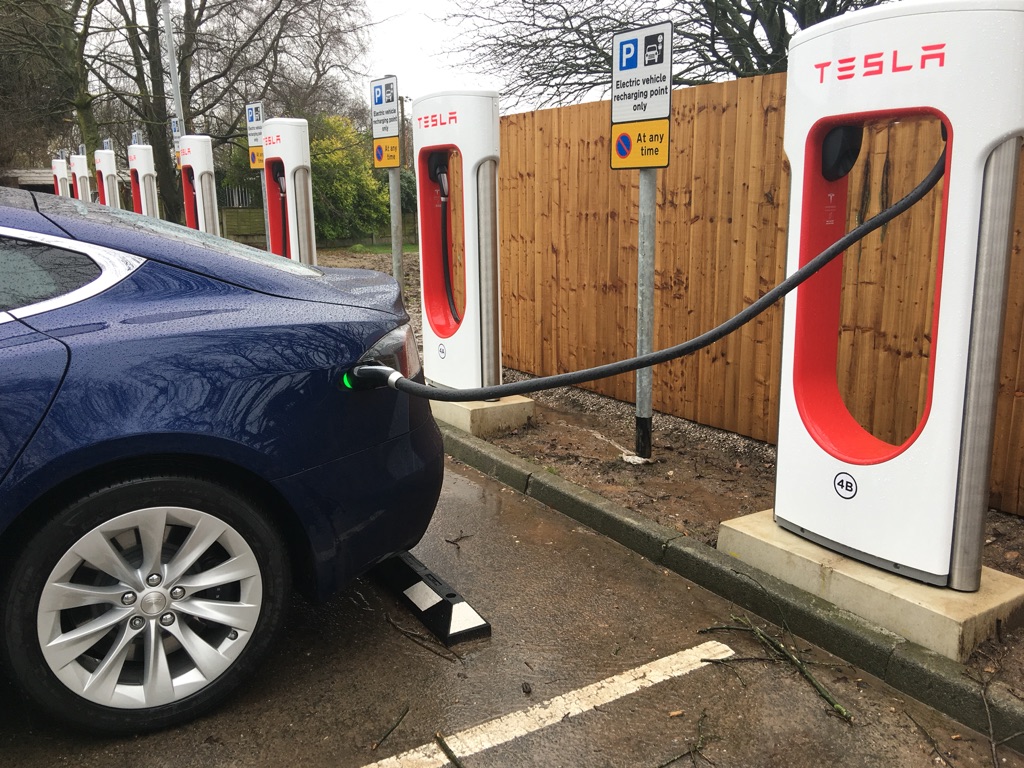 Early Tesla Model S adopter and YouTuber KmanAuto set out to prove his theory that the Tesla battery thermal management system kicks in to full cooling mode when battery temperatures exceed 113º F (45 C). The exercise put a spotlight on the rarely seen relationship between charging power and battery temperature in a Tesla.

The video begins with KmanAuto’s Model S 90D plugged into Tesla’s high power Supercharger station while having a battery state of charge of 47.5%. Outside temperature was reported to be around 63º F (17 C). By plugging into his Tesla’s diagnostic port, Kman was able to obtain battery activity data using a 3rd party app called TM-Spy.

Supercharging began at 94 kilowatts of power, with battery temperature holding steady at just over 112º F (44.4C). As charging continued, the car’s cooling fans were in operation but the air conditioner remained inactive. As battery temperature reached 113.1º F (45C), the Supercharger began to reduce charging power by nearly 25% to 72 kW in order to keep operating temperatures within safe thermal limits. Kman also noted that the vehicle’s cooling fans began to noticeably increase in speed during that time.

In circumstances when outside temperature and battery state of charge is at an optimal state, Model S and Model X owners should be able to charge at 90 kW – battery packs on early generation Model S were able to sustain a max 90 kW charge – and as high as 135 kW to at least a 60% SOC. Tesla’s most recent Superchargers are rated at a max output of 145 kW.

Kman noted that charging power decreased to 64 kW but as battery temperature stabilized at 113.3º (45.17 C), the charge rate began to increase. As the vehicle approached a 60% SOC, battery temperature remained steady at 112.5º F (44.72 C) and charging power reached 81 kW. KmanAuto speculates that those numbers represent what the battery charging system is capable of maintaining under normal conditions. Beyond the 60% SOC point in the process, charging power once again began to decline, which he notes is typical.

KmanAuto’s video supports the conventional wisdom that lithium ion batteries prefer to be kept below 113º F (45 C). That’s the point at which Tesla has programmed the cooling system to go to maximum thermal cooling mode.