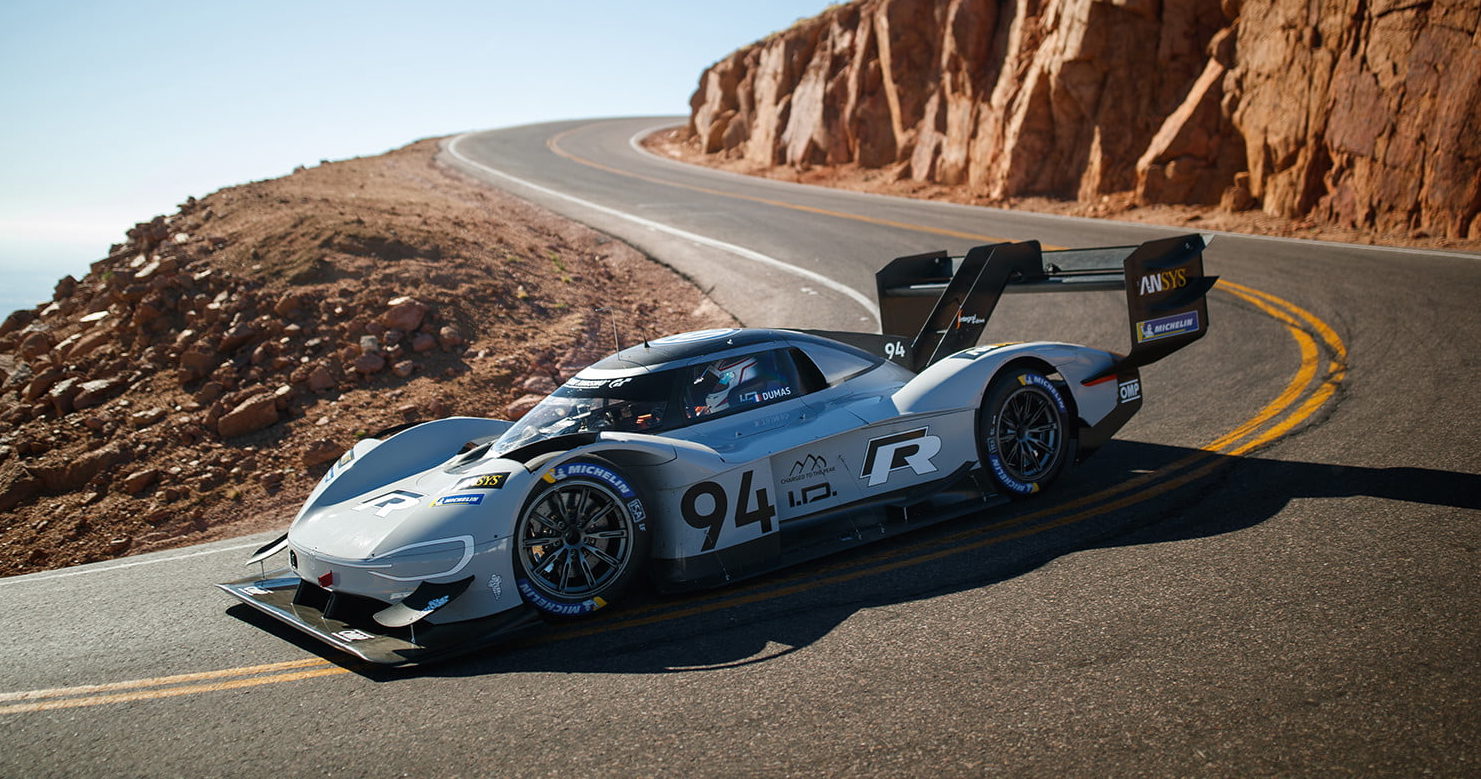 The Pikes Peak International Hill Climb happens every June in Colorado, sending cars from the base of Pikes Peak up to its top in an arduous climb to a 14,000 feet elevation. The speeds gained are not spectacular by today’s racing standards, but the climb itself is a mixture of brute power and endurance like no other race in the world.

Climbing Pikes Peak even on a normal day is not easily done. Most production vehicles will struggle to get to the summit and many will fail to do so. That’s under standard driving conditions on what is now a fully-paved roadway. The reasons for this are many, but boil down to altitude, the uphill grade, and the huge number of curves in the 12.42-mile road into the clouds.

This year, the Pikes Peak IHC record was blasted through by an electric car. Not for the first time, but so definitively that it’s considered a huge milestone. The car was a Volkswagen purpose-built design whose name specifies what it’s for: the I.D. R Pikes Peak. Meant to showcase the electrification efforts of VW’s new I.D. brand, the car was built specifically to make the Pikes Peak hill climb as quickly as possible. The engineering behind the car is amazing.

Before we talk about that, though, an understanding of what’s at stake at Pikes Peak and how difficult this race really is should be had. 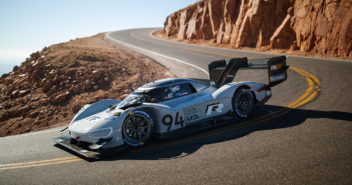 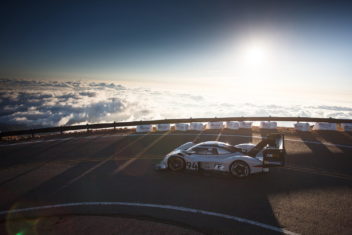 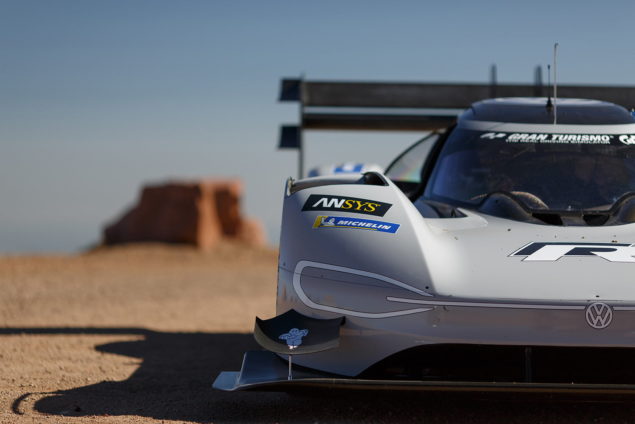 About the Hill Climb

The Pikes Peak International Hill Climb has been the go-to endurance race for high-altitude automotive for over a century. As the second-oldest race in the United States, the Pikes Peak IHC starts at mile marker 7 on the Pikes Peak Highway and runs right up to the top of the roadway’s end 12.42 miles up. There are 156 turns going up the mountain and driver and vehicle gain nearly 5,000 feet in altitude during the climb. The highest point in the race reaches into the sky to over 14,000 feet above sea level.

This amount of climb at that altitude poses significant challenges for race teams. The thin air means less oxygen for driver and machine, sapping performance considerably. With combustion engines, it means less oxygen for the combustion process. With electrics, it often means less cooling for the batteries and components. Most performance electric vehicles can use significant amounts of energy cooling batteries, which heat up quickly during high-performance driving. Components like electric motors and controllers can similarly have performance drain from heat. 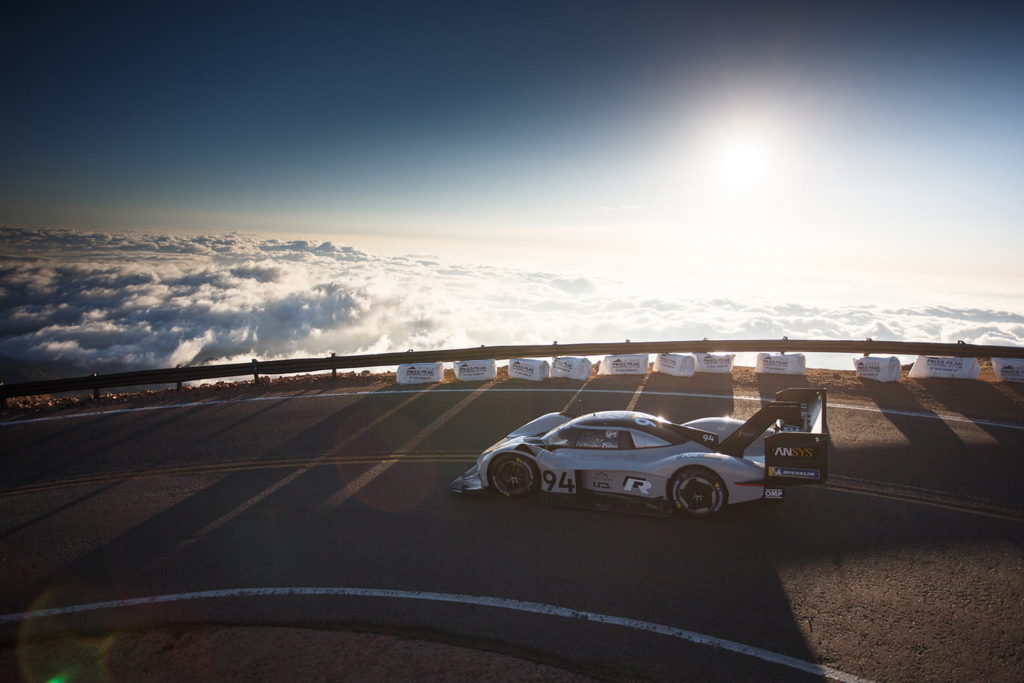 Thus taking a Tesla Model X P100D to Pikes Peak, for example, might be a walk in the park under normal driving conditions, suffering nothing more than a significantly lowered range due to the amount of hill climbing involved. Yet trying to race that X up to the Peak will result in the vehicle overheating and entering limp mode early in the run.

Since 2011 when the Pikes Peak Highway was completely paved, most vehicles, whether electric or not, have been able to make the climb under normal conditions if driven leisurely.

The roadblocks for an EV climbing Pikes Peak versus a combustion-powered vehicle in the same race, are far fewer. With the problems of weight versus range having been conquered for some time, the issue of power delivery versus thermal management is the focus.

One of the first electric vehicles to make headlines for its Pikes Peak International Hill Climb run was the Drive eO PP03. Its race time, an impressive 9 minutes, 7.22 seconds, however, was not the reason it was noticed. It was noticed because it was an electric car piloted by rally champion and well-known Pikes Peak racer Rhys Millen. And the PP03 beat the expected EV winner, Nobuhiro Tajima, by over 20 seconds.

Since then, an EV has made headlines in every Pikes Peak race. None, until this year, have beaten the 2013 record set by Sebastian Loeb in a specially-modified Peugeot 208. That record, at 8 minutes and 57 seconds, was compared to how long it takes to fly a helicopter, vertically, from the base to the summit.

That record is no more. Thanks to Volkswagen.

This specially-built racer was designed, engineered, tested, and raced in only eight months from start to finish. The car set a Pikes Peak Challenge time of just 7 minutes, 57.148 seconds and its engineers say that if conditions had been perfect on race day, it could have made it even faster. Driver Romain Dumas agreed with that assessment. He also said that the race to the summit is far tougher than an entire 24 Hours of Le Mans run.

The secret is in the battery balance of size, weight, and power delivery. There are two battery packs, each running alongside the driver at the center of the chassis. Each pack powers an electric motor. The entire vehicle weighs under 2,500 pounds and produces 670 horsepower of output. It’s 0-60 mph time is 2.2 seconds, faster than a Formula 1 car, and it can sustain that kind of power output for the duration of its charge. Without becoming crippled by heat.

Rather than add weight- and power-expensive cooling, Volkswagen chose to leave the batteries without thermal management. Instead, airflow around and through the car is critical to its success. The bodywork of the I.D. R Pikes Peak is designed in a way similar to Sprint and Formula race cars, aimed towards managing airflow carefully in order to maximize performance capability. Where a combustion-powered car would direct airflow into the engine through ducting and around the engine for cooling, the I.D. R instead focuses airflow around the batteries and components for maximum cooling (even at thin-air altitudes). It also maximizes airflow around the wheels, as per a Formula car, to maximize downward thrust and improve traction for both straightaways and corners.

This was coupled with a design made specifically for the Pikes Peak climb. The course is just over 12 miles long, so the batteries were sized and formulated to give enough power to run full-throttle for about 13 miles. Cell chemistry is designed to store maximum power and then deliver it at high volume for a sustained amount of time. Unlike production car batteries, of course, VW’s batteries in the I.D. R Pikes Peak don’t have to meet production-level warranty requirements or cycle lifespans.

By perfectly balancing the car’s aerodynamics, cooling flow, battery size, weight distribution, and power delivery, the VW team was able to shatter the previous record for the Pikes Peak International Hill Climb. It’s likely that this record will remain for some time.

Going forward, it’s clear that the advantages electric vehicles have in a race like the Pikes Peak IHC are many and most of the roadblocks towards keeping them out of the running are now surmounted. Combustion engines may continue to win this particular race, on occasion, but it’s very unlikely that they’ll dominate from here on out. For perspective, Rhys Millen, who previously won the EV record, was driving a Bentley SUV with a 12-cylinder engine and took almost 11 minutes to finish the race.