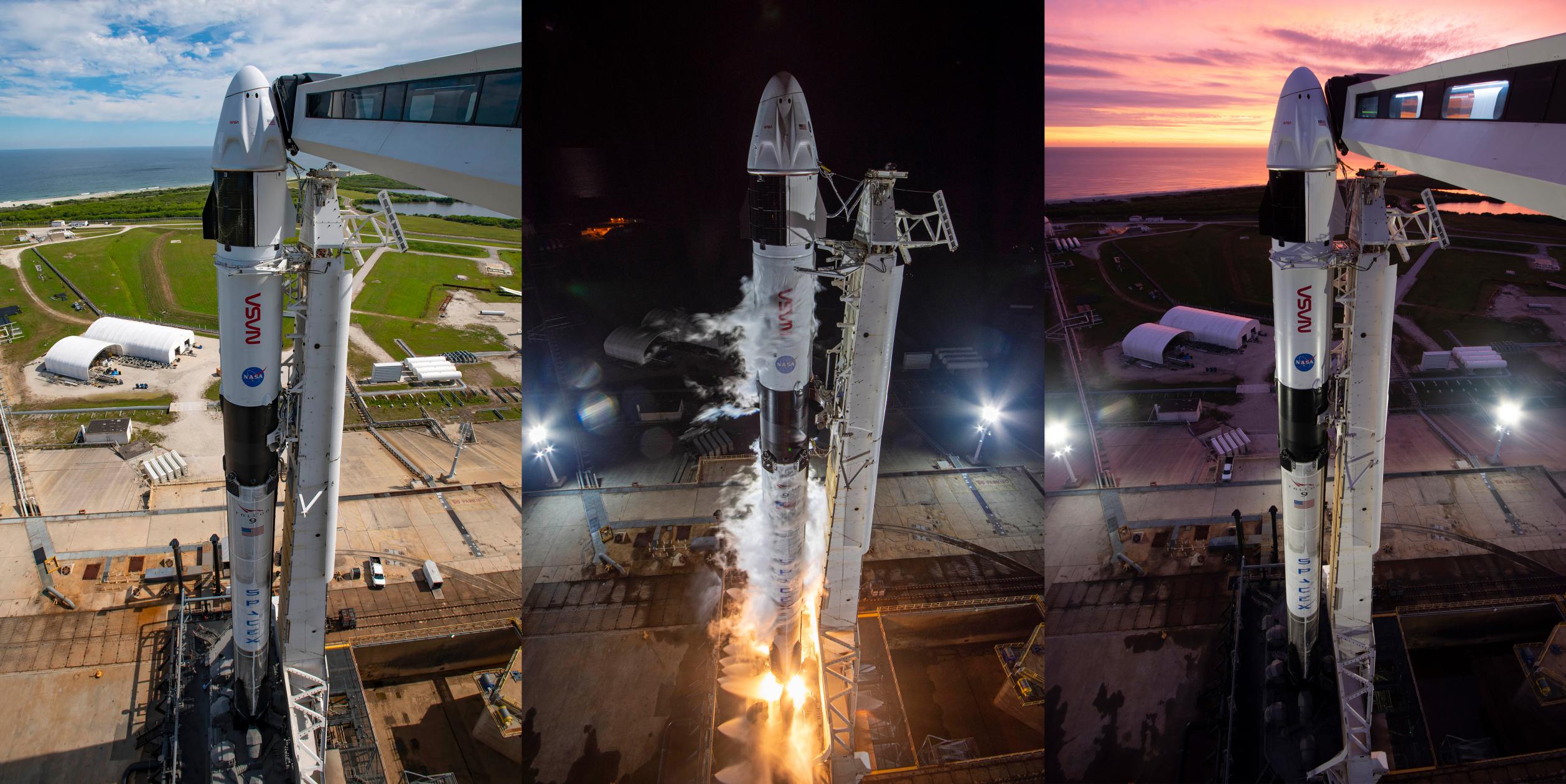 With less than three hours to go before liftoff, SpaceX and NASA remain on track – with the vehicle, crew, and weather conditions all in great shape – for Falcon 9 and Crew Dragon’s third operational astronaut launch.

Originally scheduled for late October, a minor crew health issue, a small hardware qualification delay, and – primarily – a variety of good and bad weather conditions ultimately pushed Crew-3 into the second week of November. As a result, SpaceX and NASA chose to return Dragon and four Crew-2 astronauts to Earth before launching Crew-3, and that process was flawlessly completed on the evening of November 8th. During Dragon’s fourth crewed reentry descent and landing, though, one of the spacecraft’s four main parachutes ran into a minor but well-understood issue.

Designed to safely splash down with one parachute out, the safety of the Crew-2 astronauts was never in question but the apparent parachute issue was easily visible to anyone watching NASA and SpaceX’s live coverage. In reality, the behavior observed had been seen – and even intentionally created – many times before in the dozens upon dozens of Dragon parachute tests SpaceX completed to qualify the system for human spaceflight. Specifically, one or more of Dragon’s four huge chutes occasionally lags behind and takes longer to fully inflate. In the case of Crew-2, the problem chute behaved exactly as expected based on that testing and ultimately wasn’t a problem at all, properly inflating to slow Dragon to the exact desired descent speed well before splashdown.

Nevertheless, out of an abundance of caution, virtually everyone familiar with NASA and the Commercial Crew Program expected the agency to closely examine the behavior and make absolutely sure that all is well. Indeed, in a prelaunch briefing late last night, SpaceX VP Bill Gerstenmaier confirmed as much, revealing that the company rapidly completed reviews of Crew-2 and Crew-3 parachute build data and even airlifted the problem chute – recovered from the Atlantic – back to Florida facilities. Less than 24 hours after that parachute was in Earth orbit, SpaceX managed to dry it out and complete thorough inspections – all with NASA officials in the loop – to confirm that the chute itself was healthy (undamaged, no missed design/build errors, etc).

Ultimately, in an impressive display of professionalism and expertise, SpaceX and NASA were able to verify in a matter of hours that Crew-2’s reentry, descent, and landing was fully nominal and posed no problem for Crew-3’s launch just two days later. Crew-3 remains on track to lift off no earlier 9:03pm EST Wednesday, November 10th (02:03 UTC 11 Nov) with NASA astronauts Raja Chari, Thomas Marshburn, and Kayla Barron and ESA astronaut Matthias Maurer.

Falcon 9 booster B1067 will attempt to land on drone ship A Shortfall Of Gravitas around nine and a half minutes after liftoff following its second Dragon and first astronaut launch. Crew-3 will reach orbit shortly before and Dragon will begin a 22-hour journey to the ISS with plans to dock around 7pm EST Thursday, November 11th.