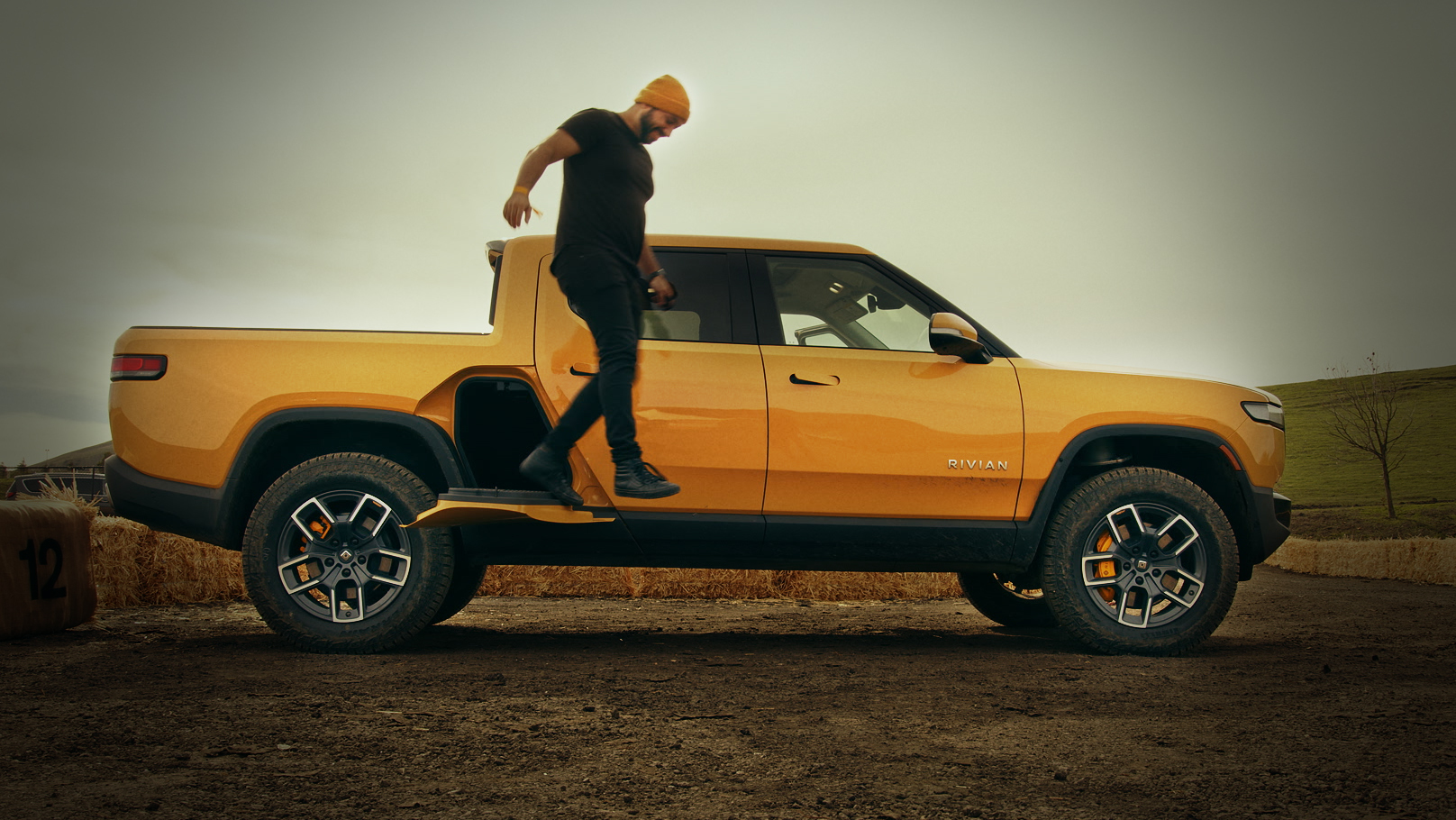 Rivian is a modern dose of Chicken Soup for the Soul

Toothy smiles, boisterous laughter, and eyes filled with joy cover the nooks and crannies of Rivian’s story, making it more than just another EV startup. A glance through its website, and you won’t just find vehicles. You’ll see people. People having fun, exploring, basking in the sun, and, most of all, enjoying the outdoors.

When Rivian invited Teslarati to its First Mile tour event in the Bay area, we were excited to get a small taste of the outdoor adventures the company promises with the R1T. And we wanted to share the experience with our friend Arash Malek. After all, Rivian is also about community.

“Meaningful change happens when people come together. That’s how we’ve built Rivian, and that’s how we want to build our community.” – RJ Scaringe

At the event, Tanya greeted Arash as if she was greeting a friend. He was met with welcoming smiles and a promising day with the R1T ready to hit the beaten dirt path.

Arash was pleasantly surprised by Rivian’s R1T pickup truck, pointing out its impressive handling and traction. “The grip on the dirt feels like grip on pavement,” Arash told Teslarati.

The R1T ripped through muddy paths amid a backdrop that looked straight out of The Lord of the Rings‘ Hobbit village. Out in the open greenery, it was just Arash, driving the R1T with a few cool people who were egging him on to tear through the dirt paths.

And that is what Rivian wants to bring to customers. The promise of adventure with friends, family, and a tiny bit of calculated danger.

Rivian’s IPO happened recently, making history as the sixth-largest listing ever on a US exchange. RIVN is also the biggest listing of 2021, and a few analysts and investors are stumped by it.

The company’s historic IPO could be attributed to what Rivian actually provides as an automaker. When it comes to the R1T, Rivian isn’t simply selling the first all-electric pickup truck on the market. It’s giving people an opportunity.

The Rivian R1T starts at $67,500 before tax credits. At that price, the R1T appears to compete with the likes of the Ford F-150 Raptor and Ram 1500 TRX. However, Rivian CEO RJ Scaringe stated before that he wants the R1 vehicles to have a “Patagonia-like feel of enabling adventure,” referring to the iconic premium sustainable clothing line.

The Patagonia brand has been renowned for decades among outdoor explorers. Given its history, it’s easy to see why Rivian wants its sustainable R1 vehicles to reach Patagonia’s heights.

Global Expedition Vehicles, which specializes in overlanding vehicles for adventurers-at-heart, launched a Patagonia-inspired expedition vehicle that starts at $700,000. It is fully equipped for comfort in the outdoors, with a kitchen, dining area, bathroom, and bedroom. It even has a tough zombie-apocalypse-level exterior to boot. 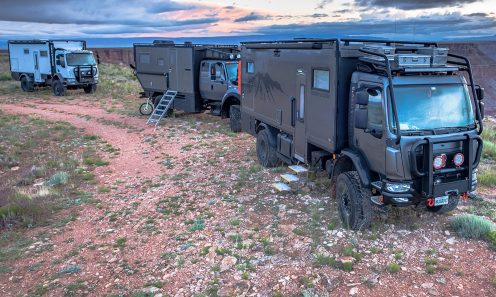 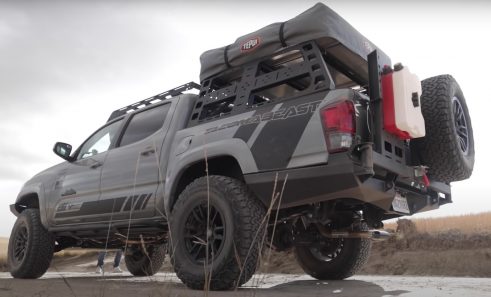 The R1T treads the line between all-out deluxe setups like the $700,000 Patagonia-inspired expedition vehicle and the simpler overlanding pickup truck setup. Rivian’s R1T gives owners a premium, comfortable outdoor experience. But in a more natural way, similar to outdoor experiences in a pickup truck outfitted with overlanding gear. The R1T also happens to be electric, so it doesn’t harm the environment it explores either.

“It’s like glamping but for off-roading. Glamroading,” Arash commented after his R1T drive.

At its price point, the R1T makes that premium overlanding experience accessible, attainable to more families, friends, and communities. And after a year indoors because of the pandemic, who doesn’t want to embrace the outdoors?

With the R1T and R1S, Rivian is coaxing more people to go out on the open road and explore the natural world while maintaining the simple comforts we’ve built as a society. Rivian knew it years ago. People need to experience nature, its majesty, its serenity, and its unity.

Rivian encourages people to use their R1 vehicles out in nature and bond with others. After all, isn’t human connection the best Chicken Soup for the Soul? Rivian is giving people the opportunity to create their own adventures and share stories around a camp fire–or in Rivian’s case, the Camp Kitchen.

Rivian is a modern dose of Chicken Soup for the Soul