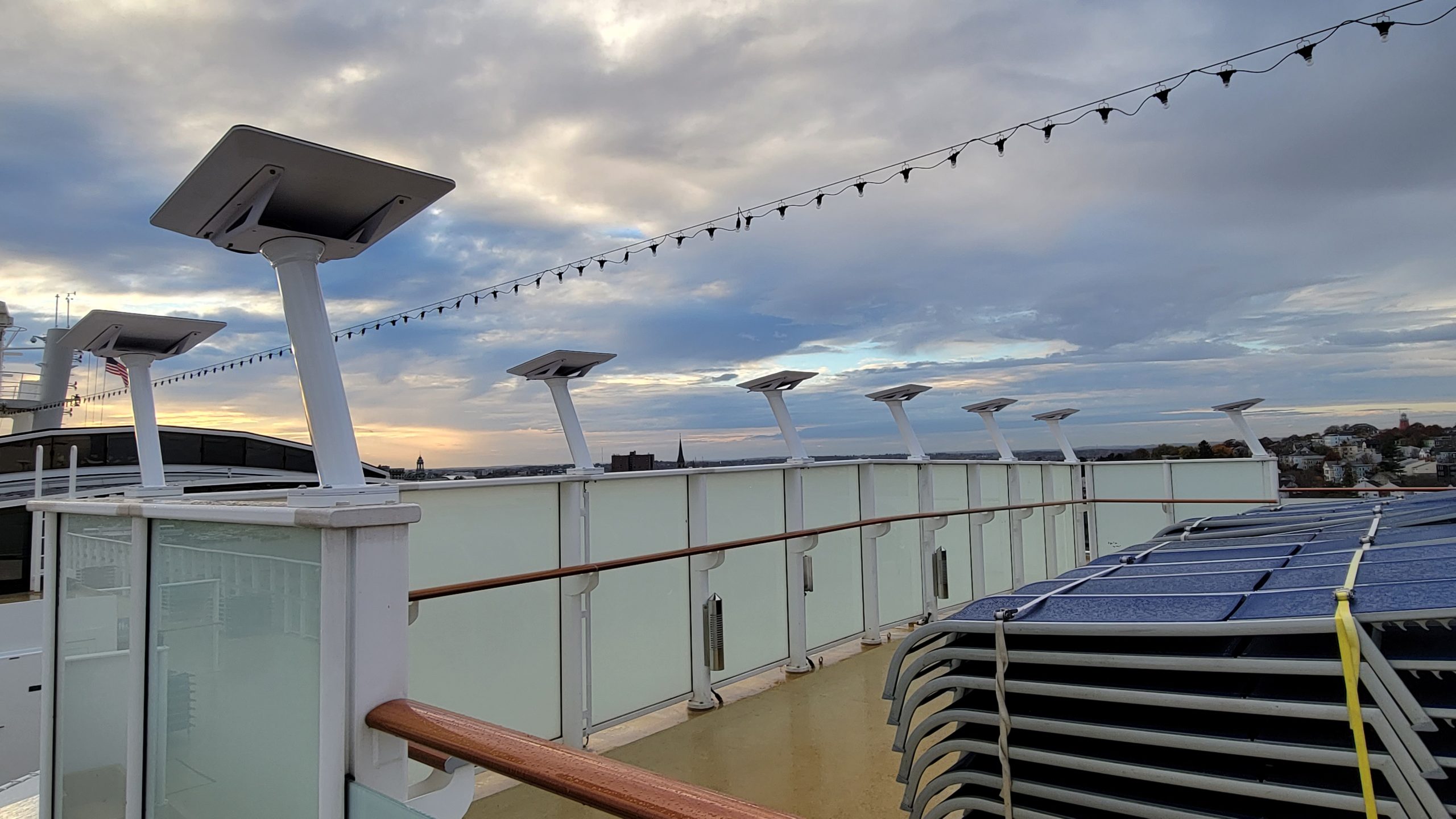 Eleven Starlink terminals were spotted on a Norwegian Breakaway cruise which is owned and operated by Norwegian Cruise Lines. One of our readers shared several photos with Teslarati. Our reader wished to remain anonymous but was able to get some great feedback and share it with us.

“On a Norwegian Breakaway cruise and spotted 11 Starlink dishes. 8 here on the top sundeck and 3 more behind me. It’s not active yet, that I can see, as speeds are slow. The IP address doesn’t show Starlink, and the latency is still 600+ ms,” he said in an email.

“But at least the dishes are installed, which means a launch is imminent. I’ll talk to someone tomorrow sometime and try to gather more information. When it does launch, it will mean faster speeds, lower latency, and an overall great internet experience compared to the current satellite system. I hope they lower the prices to something more reasonable, like $10-15 per day for premium,”

Teslarati reached out to Norwegian Cruise Lines in late October, and we’ll update you when we receive a reply. Our reader would like to know why the pricing of the internet was high. He noted that it was $30 per day for standard service, which didn’t include streaming or VPN. In addition to those, it was $40 per day, so he is hopeful that Starlink will enable the cruise line to lower the pricing to “something more normal.”

“I’d love to see $15 per day or less for premium internet with streaming.”

In the photos that he shared below, you can see the existing satellite antennas that the legacy service runs on. He pointed out that on top of the white structure, there are four antennas along with the eight on the railing for a total of 12 dishes.

“These are the new high-performance antennas with wedge mount,” he said.

In a follow-up email, our reader added that he was able to talk with someone who requested anonymity. According to the anonymous source,  the cruise ship was the first to test Starlink in the NCL fleet.

“It’s not running 100% of the time yet, but they turn it on for short times to test it. I was able to test when it was active, and you can see the much lower ping time and lower packet loss when on Starlink.”

“The lower speeds are because of a rate limit for the plan I’m on. The service can run faster, but the rate limit is set per device to avoid congestion,” he added.