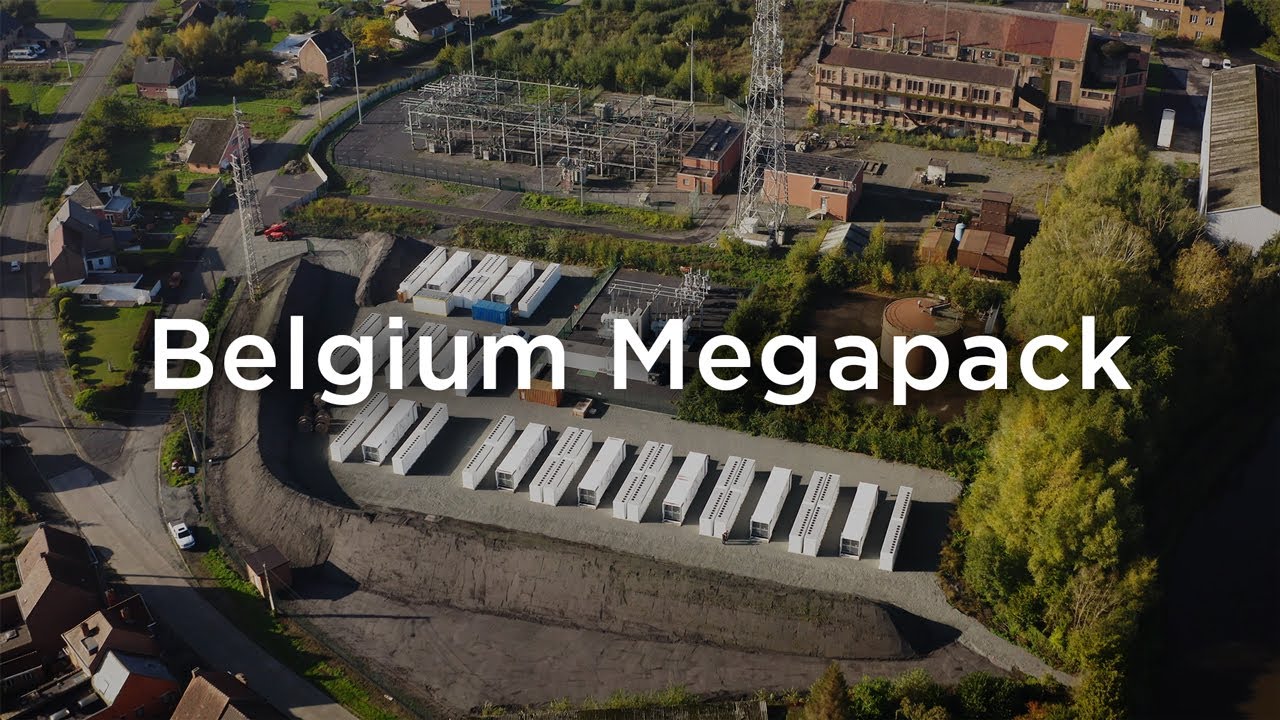 A total of 40 Tesla Megapack battery storage systems replaced a World War II turbojet generator in Lessines, Belgium, Tesla announced. Previously, the generator had been providing energy support to the community since the 1950s. The generator was not only contributing to air pollution in the region, but it was noisy as well.

The system now has 50 MW of power and 100 MWh of capacity and supports the local grid.

Tesla noted that the Deux-Acren project, which installed the Megapacks, is now one of the largest storage systems in Europe.

“Megapack is quieter and supports the local electric grid with energy shifting and stabilizing services and seamless integration with more renewable sources,” Tesla said in its video.

This system has 50MW of power & 100MWh of capacity

With the 40 Tesla Megapacks now installed, the Deux-Acren plant can store up to 100MH of energy and up to 50MW of power. The power will be used to regulate the frequency of the European electricity transmission network, Energy News noted.

Michael Coudyser, General Manager of Corsica Sole, which is the developer, said that the project was financed with its shareholder, Mirova Energy Transition 5, without any public subsidy.

“A pioneer in energy storage in France, Corsica Sole has been operating this type of plant in the French islands since 2015. This project is an important step for the development of electricity storage solutions in Europe. We financed this project with our shareholder Mirova Energy Transition 5, without any public subsidy. By demonstrating that large-scale battery deployment is economically viable, we are proving that we can build a world based on Renewable Energies coupled with energy storage. With this project, Corsica Sole changes scale and becomes one of the European leaders in the sector. The multiplication of this type of project is a strategic issue to guarantee Europe’s energy sovereignty,” Coudyser said in a statement.

The system was turned on in December and is the first of three 100MWh projects in Belgium that are planned to come online before the end of the year.

Teslarati reached out to Innovent, Corsica Sole, and Yuso for a comment. We’ll update you if/when we receive any.