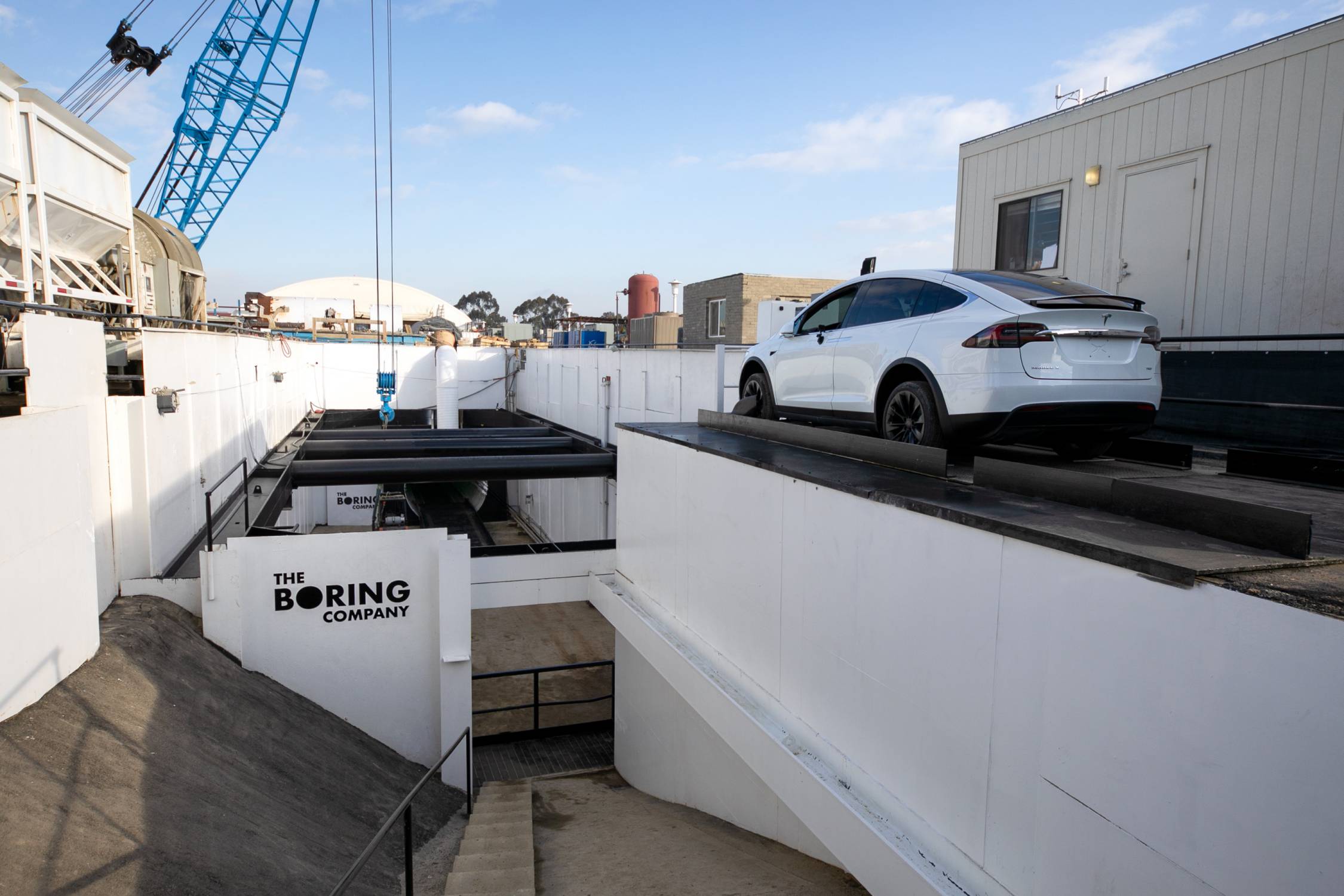 Jay Leno talks Tesla Cybertruck and his ride through the Boring Co. tunnel

Former late-night television host Jay Leno spoke about his experiences with the Tesla Cybertruck and what it was like to ride inside Elon Musk’s Boring Company tunnel on a recent episode of the Spike’s Car Radio podcast.

Spike Feresten and co-host Paul Zuckerman didn’t waste any time with Leno on the podcast and jumped right into questions about Tesla’s upcoming electric pickup truck. “Did you drive it, what’s it like?” asked the hosts.

“Well, it is very Tesla-like,” Leno explains. “It’s very quick. It’s very interesting, some people like the styling and some people don’t. One thing it does do, it changes your perception of–trucks have looked the same since what? 1930? It is basically a giant grille with some sort of aggressive thing in the front, you know? This doesn’t look like anything else you’ve ever seen before.”

It seems that Tesla’s design undoubtedly convinced Jay Leno, a car enthusiast with a $52 million collection of automobiles, that trucks did not have to have the typical design that entailed a large grille, bulky exterior, and bed. The Cybertruck’s newly-introduced design changed what the idea of a pickup can look like so much for Leno that he believes any other truck currently on the market is outdated.

“It immediately makes everything else look sort of old-fashioned,” Leno stated.

Perhaps the most exciting portion of Leno’s trip to Hawthorne was when he asked Musk how the Boring Company tunnel was doing. “Oh, good good! We have a tunnel running under Los Angeles,” Musk said. But the CEO of Tesla and the Boring Company wasn’t done yet. “Hey, I’ve got an idea,” he said to Jay. “You want to see if we can drive the Cybertruck in the tunnel? I don’t know if it’s going to fit.”

Leno described the tight fit of the truck within the tunnel, stating there may have been about a quarter of an inch on each side of the vehicle. “We drive the Cybertruck, we barely get it into the tunnel, and now we’re going like 50 or 60 miles per hour through the tunnel with a quarter-inch on each side.”

Leno’s first impressions of the truck seem to fit the rhetoric that he has used to describe Tesla vehicles since driving the original Roadster in 2008. He is a fan of electric cars due to their low maintenance and high-performance, and it seems that the Cybertruck simply widened Leno’s horizons when it comes to what is possible with electric transportation.

Tesla Cybertruck is set to air in the new season of hit TV series “Jay Leno’s Garage”. The show documents Leno’s drives in several rare cars with some familiar celebrity faces, one of which is Elon Musk.

The podcast of  Spike’s Car Radio with Jay Leno can be heard below.

Jay Leno talks Tesla Cybertruck and his ride through the Boring Co. tunnel