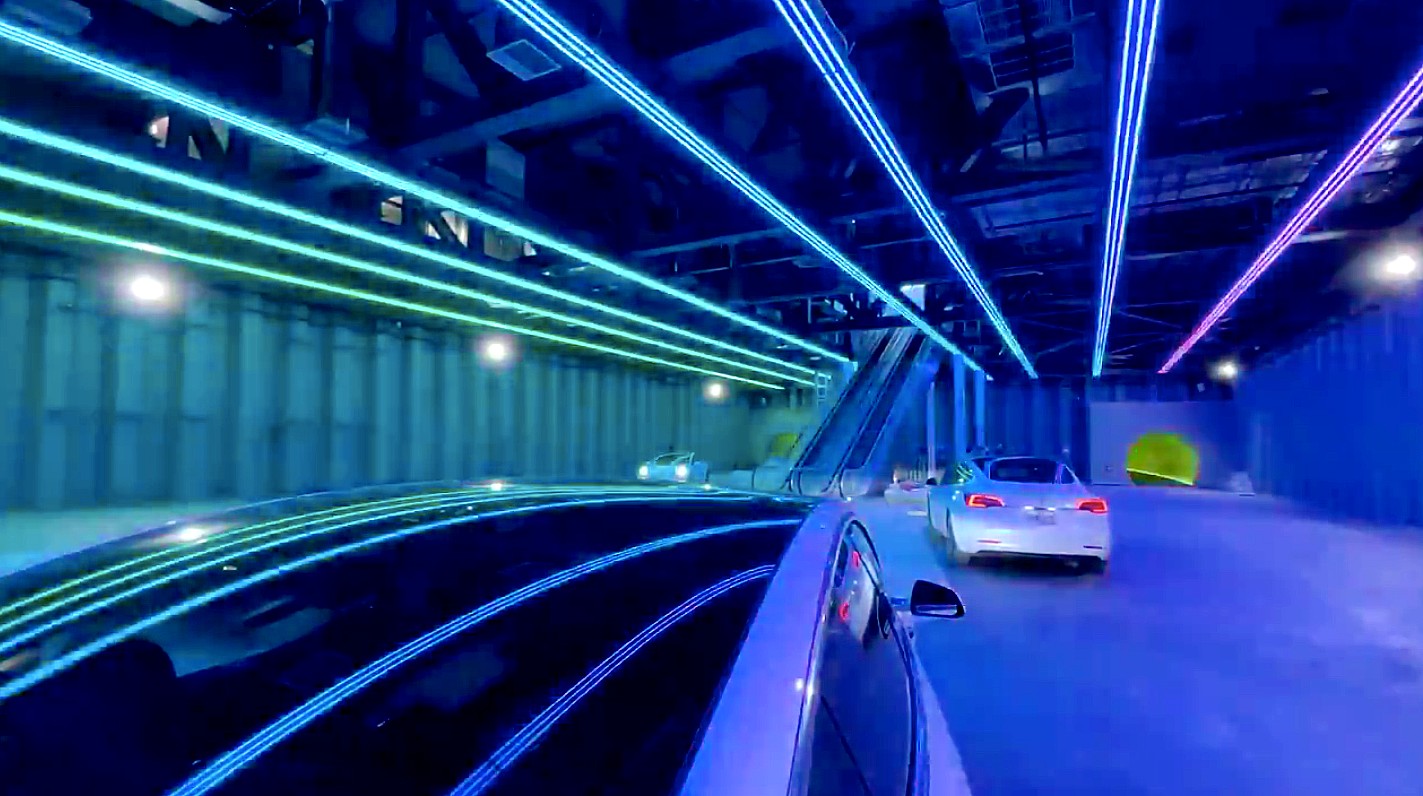 The Boring Company recently shared what appears to be a first look at the Las Vegas Convention Center Loop’s site for its “tunnel rave” party. Based on a short clip of the site that the tunneling startup posted on Twitter, the LVCC Loop’s stations will most definitely have a futuristic vibe, complete with neon lights and what seems to be a killer sound system.

Similar to The Boring Company’s previous posts, the video of its “tunnel rave” site was accompanied by a rather short caption. Despite this, members of the Tesla community on Twitter and other supporters of the tunneling startup promptly noted that the clip seems to have been taken from one of the stations in the Las Vegas Convention Center Loop, which is expected to enter operations early next year.

The Boring Company has found a notable degree of support from Las Vegas. Despite the company’s relative inexperience, officials from Sin City opted to take a chance at the startup’s technology and concept. In a meeting last month, the Las Vegas Planning Commission emphasized its support for The Boring Co.’s operations, with some officials exploring the idea of adding more stops to the Loop system. These stops include stations at the Arts District and several establishments in the area.

Similar to other projects by Elon Musk, The Boring Company has met a notable degree of opposition from critics, many of whom argue that the Loop system is inferior to traditional rail systems, which are typically far more expensive to develop. Despite this, simulations of the Loop System in action have suggested that Elon Musk’s “Teslas in a tunnel” concept could carry more passengers than initially expected.

While the Boring Co.’s Loop system is pretty impressive in its own right, the tunneling startup’s disruption lies in its tunneling technology itself. Thanks to several key innovations such as the use of smaller tunnels and all-electric vehicles, The Boring Company could build tunnels far quicker and cheaper than more conventional alternatives.

In the case of the Las Vegas Convention Center Loop, for example, the Boring Company’s tunnel system is expected to cost about $52.5 million to complete. This was far more affordable than an alternative solution proposed by Austria-based Doppelmayr Garaventa Group, which involved the creation of an above-ground transit system that was initially estimated to cost $215 million. Even an adjusted estimate pushed by Las Vegas Convention and Visitors Authority board member Carolyn Goodman, which pegged the Doppelmayr system at $85 million, was still about 39% more expensive than Elon Musk’s “Teslas in a Tunnel.”