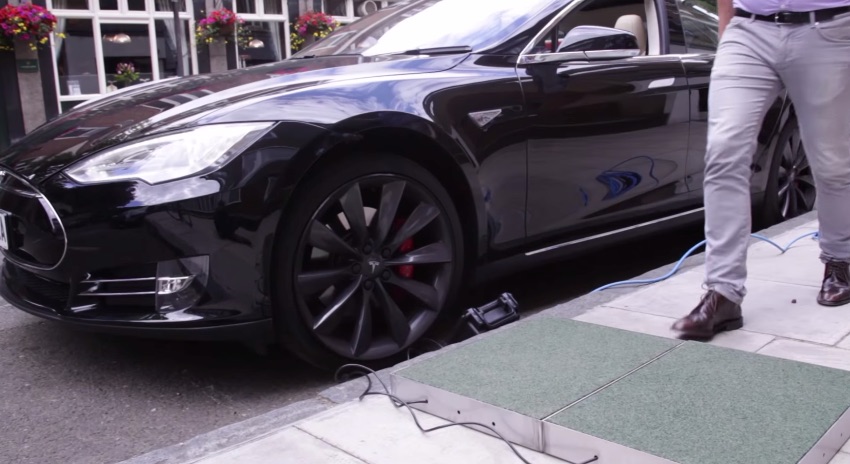 Laurence Kemball-Cook, founder and CEO of Pavegen Systems, has a vision to power the world through human footsteps. The company has developed a technology that uses floor titles made of recycled polymer that converts human footsteps into electricity.

Each Pavegen title generates up to 7 watts (7 Joules) of energy whenever someone walks on top of one. To prove the effectiveness of their off-grid energy harvesting solution, the folks at Pavegen placed a couple of tiles on a busy London Street, and on the other end, a Tesla Model S.

According to Pavegen, “The system works and the Pavegen tiles were used to charge the vehicle however several hundred thousand steps are required to allow the vehicle to drive for 20 minutes on London’s Streets. If the footsteps were used from one of London’s busiest shopping locations: Oxford Street, enough energy would be generated from a day of people walking to drive a car 953 miles. All the way from London to Barcelona and further!”

This is by far one of the coolest concepts we’ve seen!