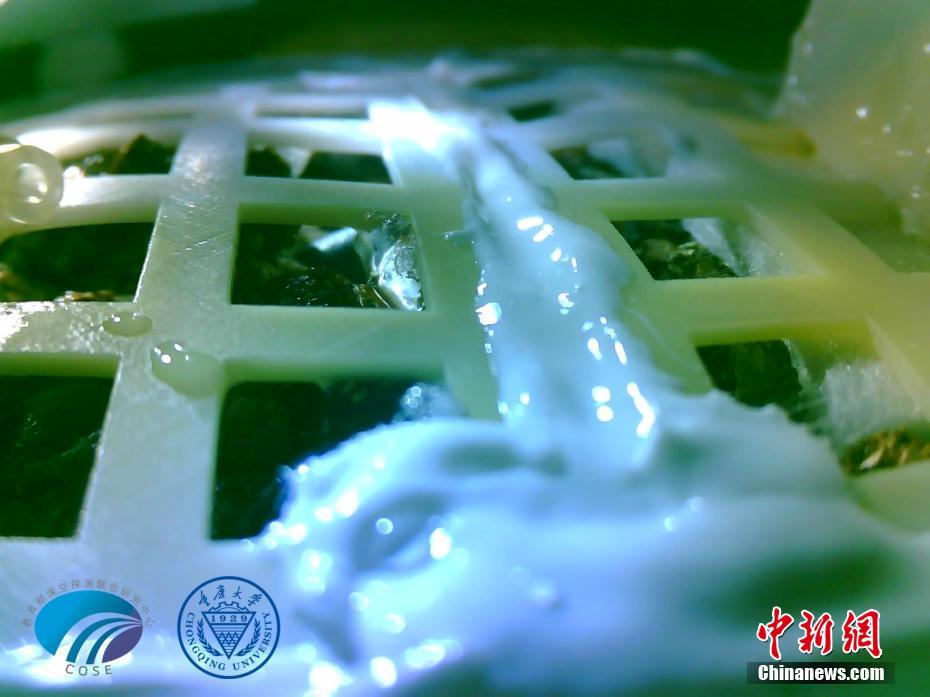 International discussions about sending humans to the Moon and Mars have brought many challenges waiting to be solved, and among them is food supply. While astronauts aboard the International Space Station (ISS) have been growing and consuming lettuce in space for a few years now, China has achieved a historic milestone by sprouting cotton seeds on the surface of the Moon. The news and corresponding photos were announced today. The seeds were part of a biosphere experiment which, if it performs as intended, will provide helpful data towards the development of sustainable agriculture in environments other than Earth.

China’s Chang’e 4 craft lunar lander arrived January 3, 2019 on the far side of the Moon, and part of its cargo included an aluminum alloy canister equipped with materials necessary for not only plant growth, but a self-sustaining biological environment lead by Chongqing University. Along with cotton seeds, the experiment included rapeseed, potato, and arabidopsis seeds, as well as fruit fly eggs and yeast to form a simple, tiny biosphere. A heat control system and two cameras were also part of the makeup.

Each member of the experiment was chosen with a bioprocess purpose in mind: Potato seeds represented a primary food supply for future space travelers (see also: The Martian), rapeseed could be used to produce oil, cotton seeds for clothing/supply fabric, the fruit fly would act as the consumer, and the yeast could regulate the oxygen and carbon dioxide being exchanged between the fly and the plants. The arabidosposis seeds contribute via its photosynthesis and could be a food source, but the plant is generally considered to be weed with a short growth cycle that could be useful for observation. The seeds and eggs were kept dormant until their lunar arrival, after which time they were watered by the lander. The germination of the cotton seeds alone has not yet been determined or specified by China’s space agency, the China National Space Administration (CNSA).

UPDATE: CNSA announced later on January 15, 2018 that the cotton sprouts are now dead. As the night period on the far side of the Moon set in, temperatures dropped to a level not sustainable in the biosphere canister. 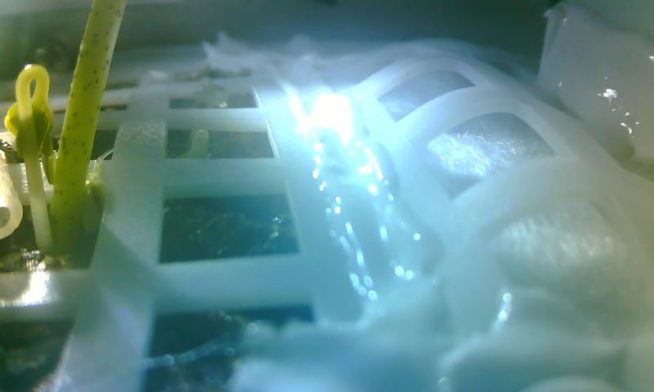 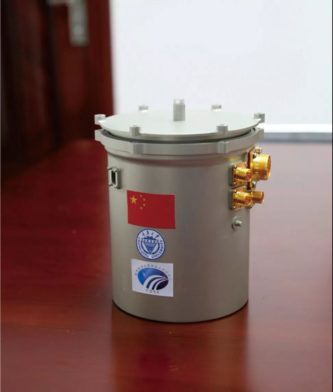 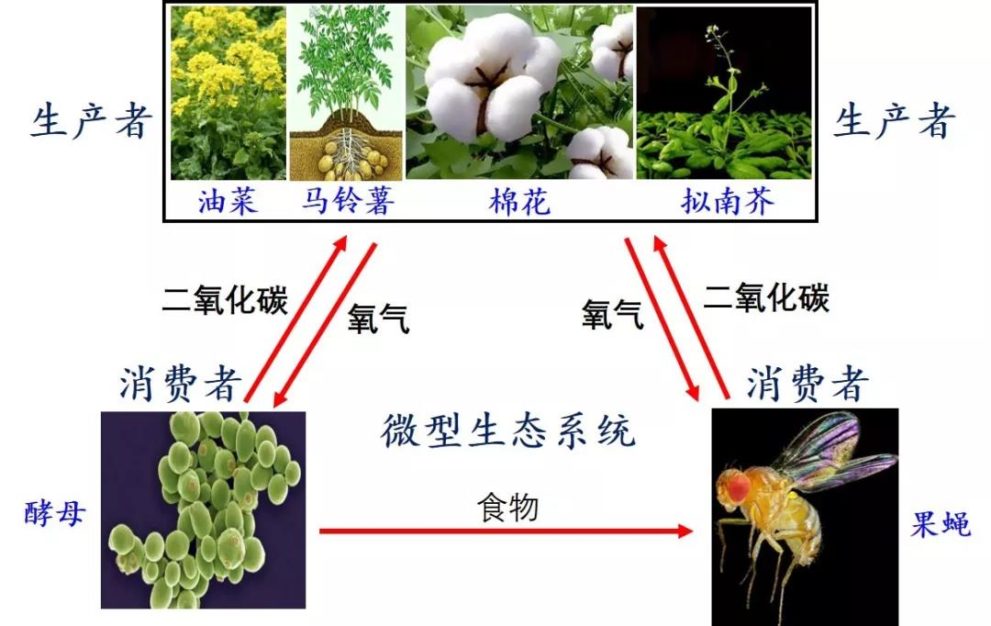 A diagram of the types of seeds included in the Chang’e lunar biosphere experiment on the Moon. | Credit: CNSA/Chongqing University

Self-sustaining habitable environments for off-planet travel have been part of scientific research for decades, including a famous large-scale experiment conducted almost 30 years ago called Biosphere 2 (Earth is Biosphere 1). On September 26, 1991, 8 researchers were voluntarily sealed into a glass and steel structure on over 3 acres of land in Oracle, Arizona for two years, growing their own food and algae to sustain their living conditions, air included. It was supposed to be a step towards establishing space colonies, but unfortunately, low oxygen and food levels along with infighting (i.e., the human component) rendered the experiment a non-success.

While it’s certainly been determined that human interaction will be a big hurdle for long-term space faring missions, the engineering side of sustainable food production off-Earth is still facing challenges of its own and will continue to need development efforts. For example, astronauts on the ISS are currently working with an orbital agriculture experiment called Veggie which has recently faced issues with plant mold. While on Earth, we’ve become accustomed to the benefits provided by our planet’s natural biosphere – things like humidity, sunlight levels, water levels, etc. work in ways that are difficult to reproduce in a completely controlled environment like a spacecraft.

China’s mini biosphere experiment is another important step towards the long-term goal of sustainable off-planet environments. Given the struggles experienced during biosphere attempts on Earth, there might be a slow growth curve towards developing habitats that don’t need tons of resupply. This challenge is clearly acknowledged by the creators of the Chang’e lunar bio-canister. Professor Liu Hanlong, head of the experiment, stated in the seed sprout announcement, “We have given consideration to future survival in space. Learning about these plants’ growth in a low-gravity environment would allow us to lay the foundation for our future establishment of [a] space base.”