From the outside, the Tesla Model X crossover SUV shares similar dimensions and styling cues with the Model S sedan. Both vehicles are just shy of 200 inches in length, and both vehicles have front and rear axles situated on each end of the skateboard style floor-mounted battery, thus sharing similar wheelbase dimensions of 120 in (304.8 cm) for the Model X and a slightly shorter 116.5 (295.9 cm) for the Model S.

Despite the similarities, there’s distinct differences in features and amenities between the electric crossover and sedan that could impact everyday practicality depending on your lifestyle.

We’ll be doing a multi-part series comparing select features of the Model X vs Model S, but for the purpose of this post, we’re taking a look at differences in storage space between the two vehicles.

The Model X is a taller and roomier vehicle than the Model S, but when it comes to rear cargo space, the Model S actually has more useable storage space. Here’s why, and it’s quite simple.

The Model S second row seats fold flat leaving for an expansive open space that can store anything from long dresser bureaus to even skis! 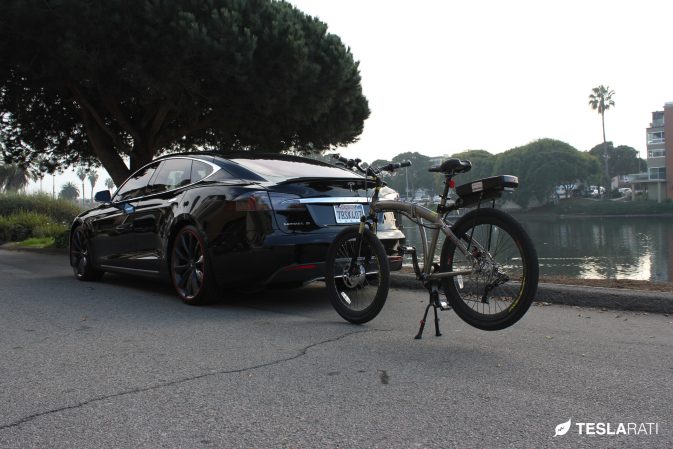 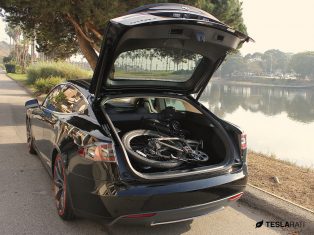 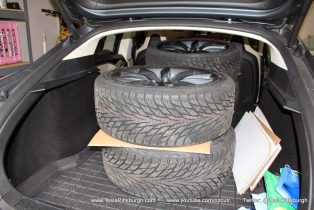 Pictured above: Model S trunk with full-size folding electric bike and a full set of winter wheels and tires

The Model X on the other hand has third row seating that can also fold flat, but the overall length of storage is constrained by the backs of the second row seats. These seats do not fold down and instead capable of sliding back and forth on the seat’s mono post track in order to maximize trunk space.

One benefit the Model X cargo space has over the Model S is the taller overall height within the trunk. This allows for vertical stacking of cargo as seen in the following video by JH Photography. They do an excellent job performing a side-by-side comparison of both trunks.

Yes, cupholders. The Model S was designed with an open center space between the two front seats given Musk’s appreciation for clean and open designs. But it wasn’t before long that owners realized they just couldn’t live without the convenience of a personal storage compartment and cupholder. Thus the Tesla center console movement was born, spearheaded by the folks at EVannex. 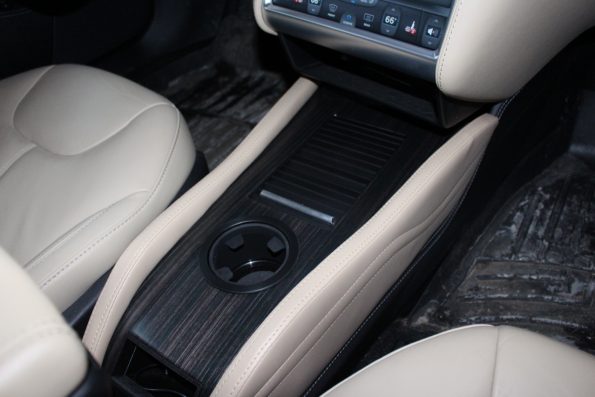 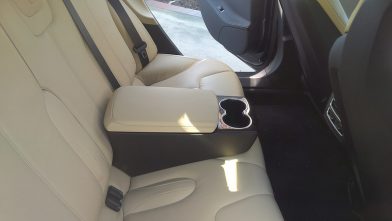 Tesla seems to have learned that people want their creature comforts and lots of it. The Model X comes standard with personal storage space and cupholders between every row of seats. They’ve also incorporated storage space into the lower door panels and USB ports directly in the front center section of the second row. saabkyle04 has produced a comprehensive video walkthrough of the Model X that’s really worth checking out. Since the video is nearly 40 minutes long, we’ve embedded only the portion of the video that highlights the Model X center console.

Early versions of the Model S without the dual motor configuration have an empty space in the area beneath the front windshield wipers. This extra “cubby” also known as “the microwave”, due to its rectangular shape, makes for remarkable storage capacity beneath the hood. Later versions of the Model S with the dual motor configuration lost the additional microwave storage area. The same goes for the Model X which also sees a front motor mounted in the same section where the microwave would be.

Referencing the video by JH Photography, we can see that Model X frunk is quite spacious. Though it’s not large enough to hold two full size golf bags as mentioned by Elon during the Model X reveal, the huge frunk can accommodate a single golf bag, and some luggage.