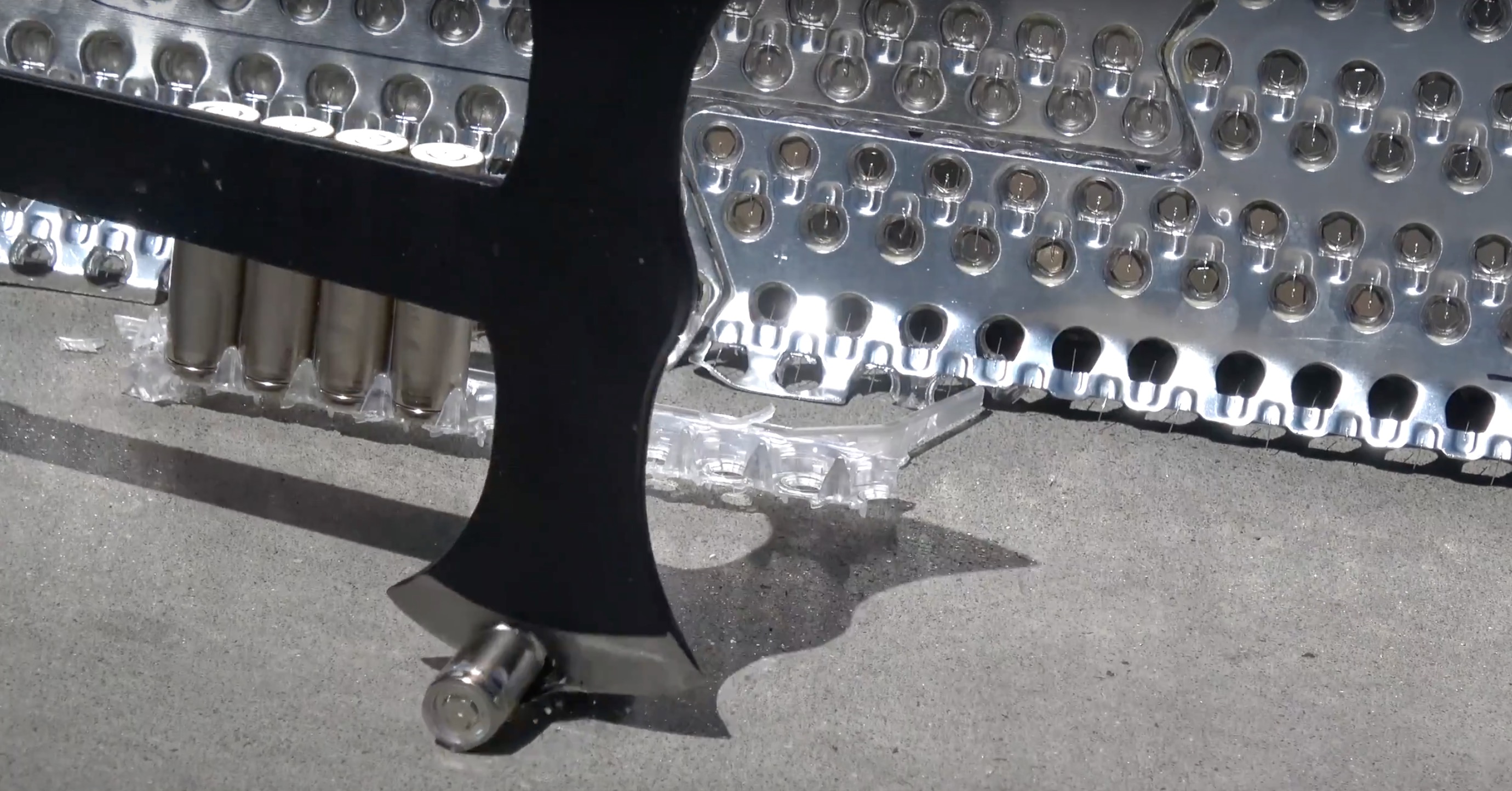 YouTube channel What’s Inside purchased a Tesla Model S battery module and completely destroyed it to … well, take a look at what’s inside.

The father-son duo ordered a Tesla battery module off of eBay for the test which included a puncture test by arrow, an throw-off-the-roof test, and an over-the-top ax-a-battery-cell-in-half test. The lithium ion cells in the battery module are the popular 18650 cells used by Tesla since the original Roadster and in today’s Model S and Model X  vehicles.

However, both tests proved to be uneventful as no fires or explosions happened. The duo then took it to the next level by slicing in half an individual 18650 battery cell using an ax. Tesla 18650 lithium ion cell cut in half by an ax. Photo: What’s Inside

What’s Inside noted that Tesla’s battery cooling system is “weaved” throughout the module, allowing it to cool each cell individually. Each module also has it’s own computer system to measure cell-level energy levels and temperatures. After they sliced open an 18650 cell, battery acid began bubbling and spilling from the cell. While they were expecting the cells to catch fire or explode, we are happy to see that Tesla’s cells stood up to the brutal tests.