Of Course I Still Love You, SpaceX’s East coast drone ship, docked in Port Canaveral earlier this morning with its Falcon 9 cargo in tow. It became apparent once it was within line of sight that this recovery marked the first use of SpaceX’s robotic stage securer, amicably deemed ‘Optimus Prime’ or ‘Roomba’ by fans following along.

Following its successful reuse during the launch of BulgariaSat-1, Falcon 9 1029 landed hard aboard OCISLY in what was likely an experimental test of the recovery envelope. As demonstrated in striking photos from numerous journalists and fans documenting the port arrival, the stage has a pronounced lean due to the aluminum honeycomb ‘crush-core’ being compressed in the first stage’s legs as they are designed to do.

Photos of the robot mated with 1029 confirm that it was designed to grab onto the hold-down clamps located on the outside of the Falcon 9’s octaweb structure. It’s difficult to tell from the photos available, but it is also likely that the stage is secured simply by the weight of the robot, which is expected to weigh at least as much as an empty first stage. 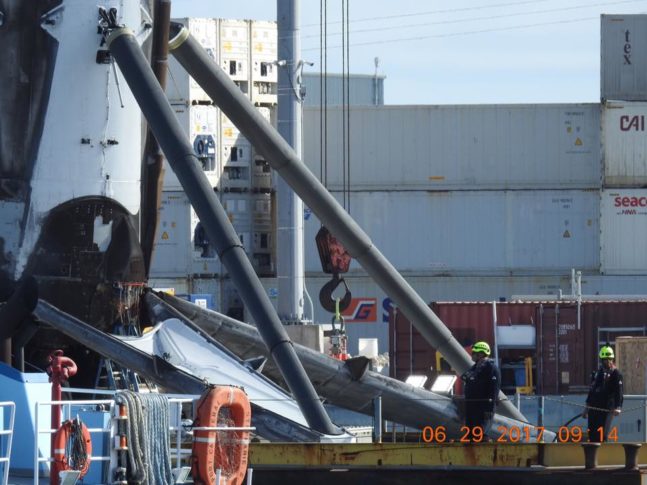 Note the very end of the telescoping part of the legs. Comparing the left (photo on the right) and right legs illustrates the crushed “crush-core” and also is the source of the lean. (Kevin Frack/SpaceX Group) 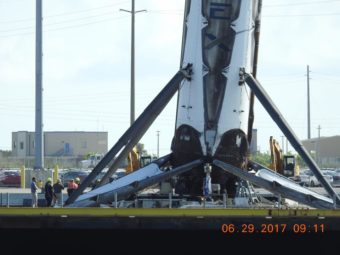 Optimus Prime is below the stage with one arm visibly attached to a hold-down clamps between the legs. (Kevin Frack/SpaceX Group) 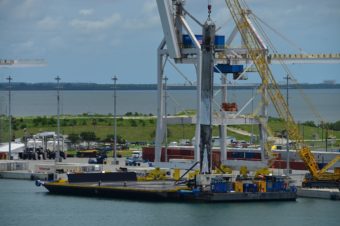 Core 1029 appears to be very thoroughly toasted after its high-energy recovery, and this exceptionally evident in the grid fins, which experience intense heating during reentry. When compared to the titanium grid fins that debuted on the launch of Iridium-2 just over 48 hours after BulgariaSat-1, it is obvious just how significantly more robust the new titanium fins are. 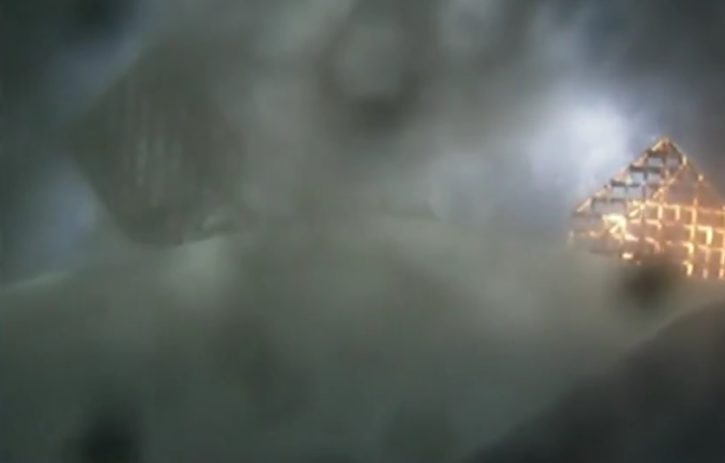 1029’s aluminum grid fins likely experienced the most heating yet, and you can certainly tell. (SpaceX) 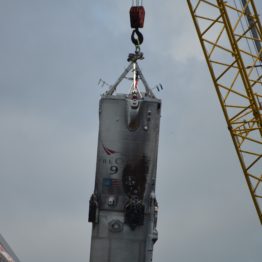 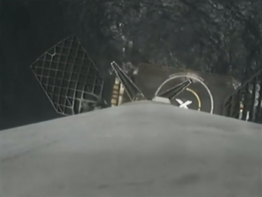 The titanium grid fins, however, barely look phased by the reentry heating. (SpaceX)

Following the thrilling back-to-back recoveries of Falcon 9 first stages both yesterday and today, SpaceX is also expected to conduct a static fire at LC-39A later today. This will ready the company for their third mission in nine days, carrying Intelsat’s 35e satellite to a geostationary transfer orbit as soon as Sunday evening. In the mean time, there is reason to believe that some amazing landing footage and photos might come out of these two first stages in the coming hours or days.

Lastly, a special thanks to all the amateur photographers and SpaceX fans who made the photos in this article possible. You continue to be an invaluable resource for us fans who can’t be there in person as well.