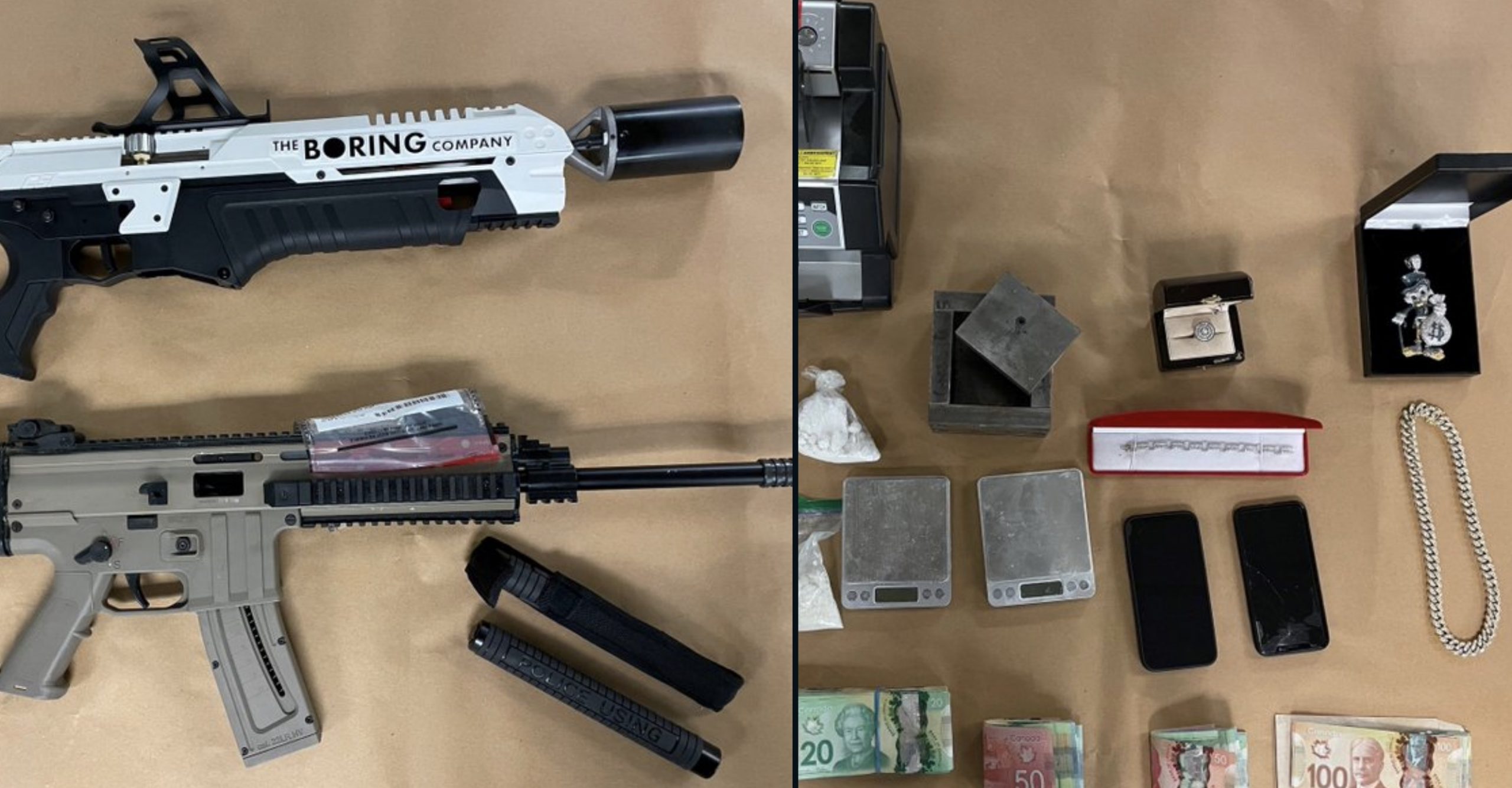 The Boring Company (TBC) device was listed as a flamethrower among the seized items, which included a .22 calibre rifle, a “prohibited” knife, 910 grams of cocaine, and 7 kilograms of Phenacetin. Justin Tyrone Faraj, 31, and Natalia Ramirez, 32, were jointly charged with Criminal Code, and Controlled Drugs and Substances Act offenses after the search.

The London Police Service shared its report on the investigation via Twitter. A few people wondered if it was legal to own The Boring Company’s Not-a-Flamethrower. Criminal lawyer Fady Mansour, from Ottawa-based firm Edelson & Friedman LLP told Global News in 2018 that Elon Musk’s Not-a-Flamethrowers were technically legal in Canada.

“You’re prohibited from possessing certain class of firearms, and firearms are defined in the Criminal Code and other places as something that has a barrel and discharges a projectile,” explained Mansour. “This has a barrel but does not have a projectile, it doesn’t have a bullet of any sort that actually comes out of the barrel.”

As its name suggests, TBC’s device is not actually a flamethrower, even though it may look like one. In the case of Faraj and Ramirez, the device was mistakenly listed as a flamethrower.

The Boring Company’s Not-a-Flamethrower seems to be in a gray area under the law, especially considering how much it is often mistaken for an actual flamethrower. Mansour added that the police might not be aware that flamethrowers are legal in Canada, resulting in arrests and charges that would need to be cleared later.

Watch the video below to see The Boring Company’s Not-a-Flamethrower versus actual flamethrowers.