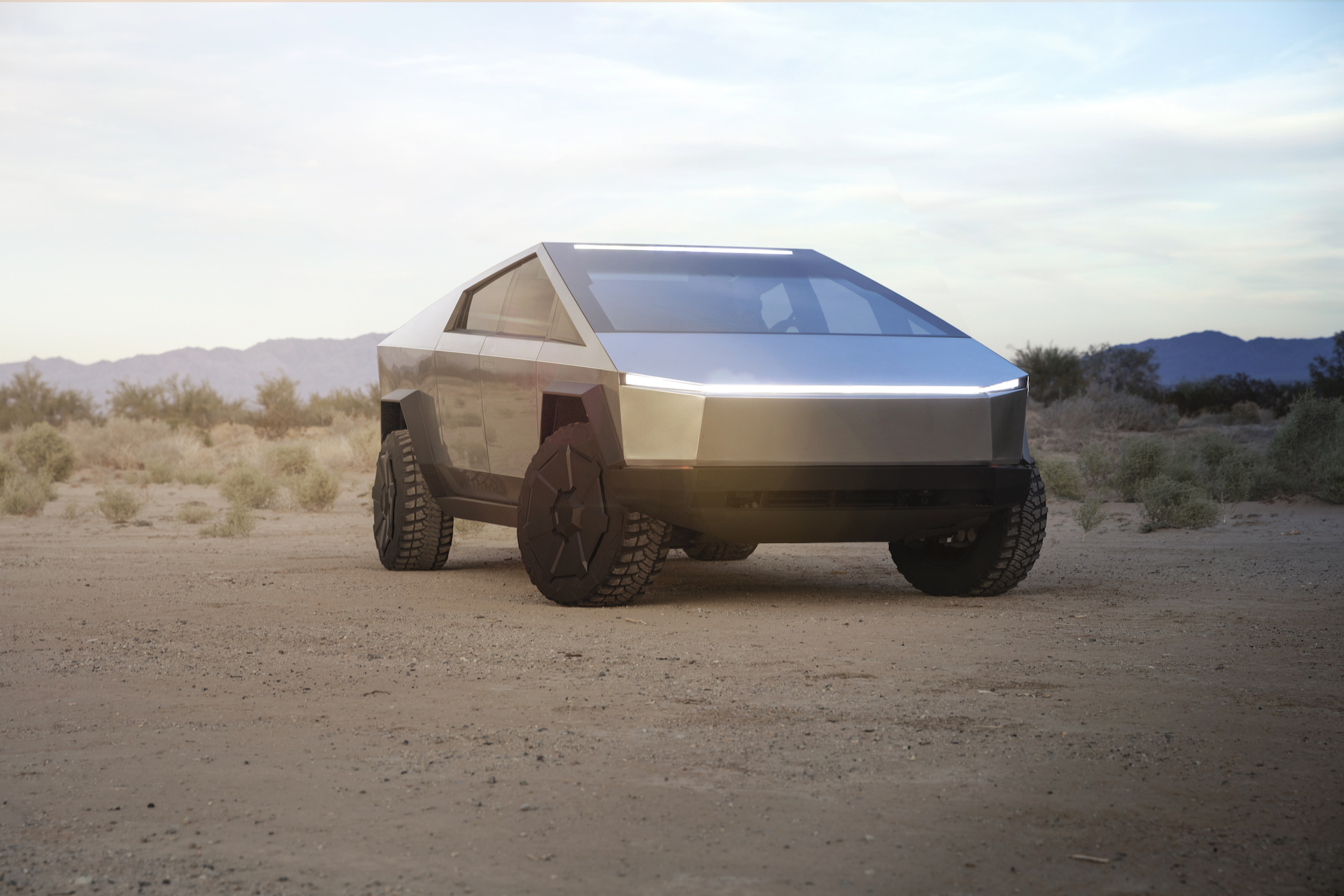 Tesla Cybertruck will have Elon Musk’s flamethrower as an option

Elon Musk has hinted on Twitter that the infamous Boring Company “Not-a-Flamethrower” may be included as an option for the newly released Tesla Cybertruck.

The popular post-apocalyptic theme television program The Walking Dead posted a tweet identifying the Cybertruck as a prime candidate for the perfect vehicle to use in the event of a zombie apocalypse. And who could argue? The truck would not dent or break in the event of a zombie takeover. The truck’s durability was displayed during its unveiling event on November 21, where Tesla designer Franz von Holzhausen slammed into the driver’s side door with a sledgehammer. The truck would more than likely get the driver and its 5 other passengers several hundred miles away, especially if the Tri-Motor variant with a 0-60 MPH time of 2.9 seconds and 500+ miles of range is being used.

Musk entertained the idea of the truck being beneficial for evading capture from the rising dead and offered an extra bit of assistance from his past Boring Co. project, the “Not-a-Flamethrower.”

Musk said on an episode of the Joe Rogan Experience that his Boring Company created the 20,000 Flamethrowers (that sold out in four days) as an “off-the-cuff idea” inspired by the movie Spaceballs. The 1987 film that has been a driving factor behind some of Musk’s high-performance powertrains like Ludicrous Mode and the yet-to-be-released Plaid Mode, was also behind the (Not-a-)Flamethrower. “Yogurt (a character in Spaceballs) goes through the merchandising section, and there’s a Flamethrower…and we said ‘we should do a flamethrower,” Musk said during his interview with Joe Rogan.

While the Not-a-Flamethrower sold out extremely quickly, the name was given to it so international customs agencies could not deny delivery of the modified roofing torch to buyers located outside of the United States. While the Boring Company does not have Flamethrowers available for purchase through its website, it can be found on eBay and they vary in price. We know there is still interest in the Flamethrower, especially from UFC Star Conor McGregor, who recently requested two of them with his Cybertruck pre-order.

While we don’t know if Musk is serious about adding this feature to the Cybertruck, we have learned in the past to never count his ideas out, even if they may seem far fetched and somewhat outlandish. He’s added some extremely unique features for Tesla vehicles, like his hilarious references to “Toilet Humor,” which eventually resulted in the Emissions Testing Mode Easter Egg. After all, the man did invent a Flamethrower to begin with, so who is to say he won’t add it as an optional feature with the all-new Cybertruck.

You can watch Elon Musk talk about his “Not-a-Flamethrower” on the Joe Rogan Experience below.

Tesla Cybertruck will have Elon Musk’s flamethrower as an option