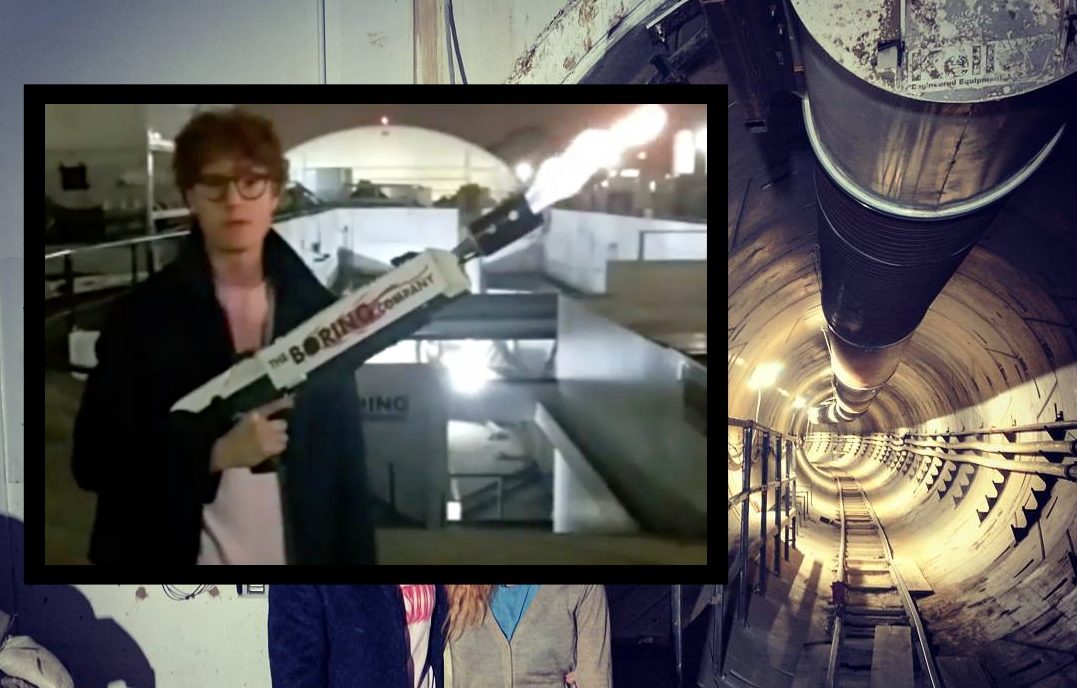 Back in December, Tesla CEO Elon Musk joked that after selling 50,000 Boring Company hats, the tunneling startup would start offering The Boring Co. flamethrower. The flamethrower joke never really died down, thanks in part to Musk’s constant mention of the allegedly “safe” product on his tweets. As recently revealed by one of Musk’s followers on social media, however, The Boring Company flamethrower actually exists, and it’s fully functional.

The Boring Company Flame Thrower is Real! ? ? ? ? by @dawallach

Not long after Musk joked that his tunnel-digging venture would be selling the ‘safest flamethrower ever’, the Tesla, SpaceX and The Boring Co. CEO announced that ten lucky hat buyers would be selected at random to tour the Los Angeles tunnel system and drive the company’s Boring Machine. Based on the social media activity of the tech investor and musician-writer, it appears that Wallach could have been one of the lucky hat owners who was picked to win the fun prize, though it’s more likely that he was invited as a guest of Musk. It is still unknown, however, if Wallach did end up operating GoDot or Line-Storm during his tour.

I know it’s a little off-brand, but kids love it

While Wallach’s Instagram updates seemed to be a simple upload featuring some shots of the Elon Musk-led firm’s operations, the image and clip that were posted on the social media platform do provide a rare look into the recent workings of The Boring Company. Among Elon Musk’s ventures, very little of what actually happens in the operations of the tunneling firm have been shared with the public. Based on Wallach’s social media upload, however, it seems like The Boring Co.’s tunnels, at least in the Los Angeles area, are already quite expansive.

As we mentioned in a previous report, Tesla and SpaceX board member Steve Jurvetson has expressed his full support for the tunneling firm’s venture, with the executive even stating that he personally likes The Boring Co,’s concept more than Hyperloop. According to Jurvetson, Elon Musk’s vision for the tunneling firm’s concept is more than feasible.

“I personally love the idea, in fact even more than the Hyperloop idea, of digging these tunnels. The inside I think that’s so powerful is that if you only envision electric vehicles in your tunnels, you don’t need to do the air handling for all carbon monoxide, carbon dioxide, you know, basically pollutants for exhaust. You could have scrubbers and a variety of simpler things that make everything collapse to a smaller tunnel size, which dramatically lowers the cost. The whole concept of what you do with tunnels changes.”

The company’s first route in Southern California is expected to run parallel to a section of Los Angeles’ notorious 405 freeway and consistent winner of  “America’s worst freeways”. A statement made on The Boring Company’s website indicates that the route will work like a fast freeway, where electric skates carrying vehicles and people on pods on the main artery travel at up to 150mph. Upon successful completion of Phase 1, a Phase 2 route will extend into the outskirts of Los Angeles County and stretch from San Fernando Valley in the north to as far south as Long Beach airport.